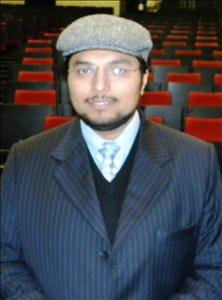 It is fast impacting the world economically, politically, socially and religiously, leading to chaos, hatred and violence.

Therefore, the need for dialogue between religions is imperative to ward off the dangers of civil unrest and violence.

Every religion has its own peculiar language and traditions, which give birth to the fundamental values to humanity leading to betterment of the society.

These values play the role of a guide and reform the collective ethos of a society.

The tools used for dissemination of information cause positive or negative attitudes among the followers of different religions and cultures besides performing their educative and informative roles. 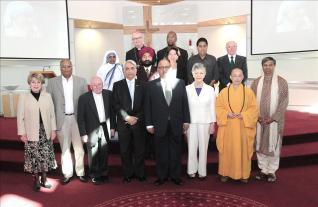 Therefore, the need to foster positive understanding and interaction among all religions has increased manifold, especially in view of the peculiar nature of threats posed to global order and peace.

None of the past efforts has helped.

Mughal emperor Akbar the Great tried to bring Muslims and Hindus together by contriving his own ‘Din-e-Elahi’ (Divine Religion). This was an unnatural way of integration, which met its ultimate failure.

Likewise, the philosophy of amalgamating ‘Ram’ (Hindu God) and ‘Raheem’ (Muslim God) could not succeed.

The reason for the failure of these efforts was their unrealistic approach, which was seen as an attempt to eliminate the identities of both religions by superimposing a uniform religious structure.

Islam offers a realistic philosophy of dialogue among different religions and faiths.

It accepts the ideological diversity.

The policy of tolerance, respect and love can be worked out only when one respects and accepts the diversity of opinions, creeds and ideologies held by others.

There is no need to eliminate differences for construction of a good society.

It is important to understand contradictions and lack of uniformity in order to build a peaceful and mutually harmonious society.

The respect for other religions and creed can only be created after one has thoroughly understood the differences and diversity.

This forms the basis on which different sects and religions can be brought together.

The important principle Islam has worked out in this regard suggests the need for creation of harmony among people and not religions, because differences between religions are natural and cannot be wished away.

The world needs to grasp and implement this principle as a way out of our present-day predicaments. The followers of every religion have their unique set of creed and beliefs and no one has the right to denounce them under any pretext.

The commonalities among religions can be emphasised by understanding their differences. There are so many shared areas such as education, anatomy, social and welfare services, climate change, social security, science and technology, multiculturalism and peace, which call for concerted efforts through global partnerships and alliances.

Islamic history is replete with the examples of inter-faith harmony.

Islam has been a strong proponent of dialogue and engagement among different religions and civilisations.

The first Islamic State, established by the founder of Islam, where followers of three religions lived together, was a perfect example of harmony and peaceful coexistence based on mutual respect.

The British encyclopedia Britannica writes about this realistic approach, stating, “Islam achieved stunning successes in the first phase because the followers of other religions lived their life with complete religious independence during the period of Islamic Government.”

The followers of different religions and faiths need to join their forces and open the doors of dialogue and interaction to live peacefully and eliminate terrorism and extremism.

We need to understand that the threat to global peace comes from non-state actors who want to impose their highly bigoted and radicalised version of religions on others. They use the fair name of religions to justify their otherwise unjustifiable actions. We can defeat these people if we launch interfaith dialogue as a structured movement at the global level and build bridges among people.

This process of interfaith presents us with the only road ahead on the path of abiding peace, harmony and development.

Hussain Mohi-ud-Din Qadri is President, Supreme Council and Federal Council of Minhaj-Ul-Quran International and a member of the Board of Governors, Minhaj University, Lahore, currently in Melbourne for his PhD in Economics. He is the son of Dr Muhammad Tahir Ul Qadri, an internationally renowned thinker and scholar. Read related stories in this Special Report.