Karbala: A watershed in struggle for human rights

Those people who say that the clash between Imam Hussain (A.S) and Yazid was for acquiring power will have to admit (God forbid) that Hussain (A.S) did not have his belief in the sayings of the Holy Prophet (pbuh). If this is not so, which is factually the case, then we will have to admit that Imam Hussain (A.S) was all set for embracing martyrdom, not power. The history of Islam is littered with many scores of martyrdoms having their respective place in history but the worldwide fame and importance of martyrdom of Hussain (A.S) owes itself to the fact that those martyred were related with the Prophet of Islam (pbuh) through bloodline. It is not merely the sacrifice of one individual but of many kith and kin of the Holy Prophet (pbuh). The history cannot forget the epoch of Karbala, its details and importance at any stage.

However, some people out of their flawed thinking or lack of wisdom are bent upon belittling the sacrifices rendered in Karbala by dubbing it as a political clash between two princes aimed at acquiring power. Adopting this line of thinking is dangerous and is an attempt at disfiguring the history of Islam. The fact of the matter is that Karbala represented clash between the forces of truth and falsehood.

The events of Karbala in particular and the entire reign of Yazid in general are reflective of the fact that he left no stone unturned to expose people to the worst forms of cruelty and oppression who refused to hold allegiance to him. When Yazid took over the mantle of power, his first act was to replace all experienced, pious, noble and wise governors with those from among his relatives having sordid conduct and questionable character. It was in this way that the entire government was handed over to such people and the culture of governance was changed. That is why we find that the Holy Prophet (pbuh) did not single out one such individual of rotten character but branded the whole empire as representing sin and moral decay. 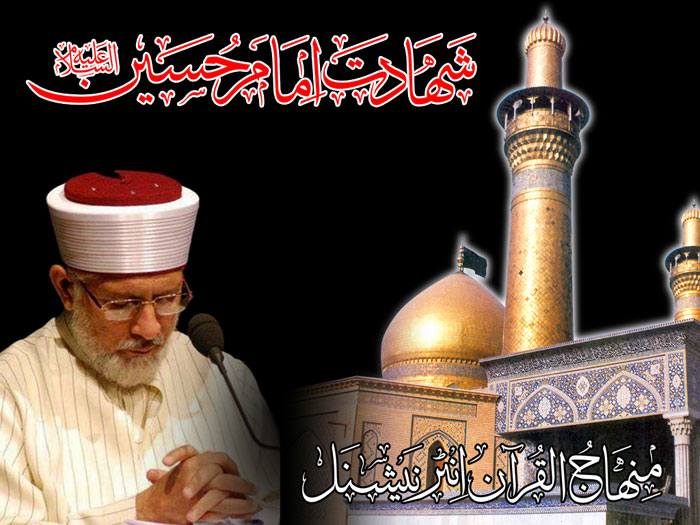 The government of Yazid was established on the foundation that negated the principles set out for Islamic Caliphate. He tore apart the Islamic system of democracy and consultation and replaced it with the one characterized by dictatorship and state terrorism. No space was available for tolerance, peace, freedom of expression and dissent in the Yazidi system. It was a horrible period where mischief and disorder reigned supreme.

Before the induction of Yazid in the corridors of power, planned efforts were set in motion to force people to take allegiance at the hands of Yazid and accept him as their Caliph. The policy of stick and carrot was mercilessly used to achieve the purpose. Marvan, who was appointed governor of Madina, tried his best to win support of people by equating the Yazid's nomination for mantle of Caliph with that of rightly-guided Caliphs. When confronted by the faithful and told bluntly that it was big lie and deception employed by him because the rightly-guided Caliphs never nominated their sons or relatives for Caliphate, he stooped so low as to cast aspersion on the character of the such dissenting people.

Later on, the way was smoothed for Yazid in the entire country including Syria and Hijaz and he held the mantle of power in the 60th of Hijra unleashing the forces of oppression, cruelty and darkness. So it was Yazid who inaugurated the reign of terror and pattern of evil governance at the political and governmental levels. Since the issue involved the honour of religion, Imam Hussain (A.S) embarked upon the mission of saving the Islamic teachings from the Yazidi catastrophe. The ultimate result was the epoch of Karbala.

The Yazidi monster was let loose. In short, people started disobeying Yazid due to his activities and refused to accept him as their ruler. The people of Madina were at the forefront in such courageous initiative. The martyrdom of Imam Hussain (A.S) served to unleash the raging volcano of anger and disgust against Yazid. He, on the contrary, became more arrogant, power-drunk and evil incarnate after the martyrdom of Hussain (A.S). His cruel and promiscuous practices knew no end.

Due to these factors, all people especially those belonging to Hijaz broke their allegiance to him and became his opponents. When Yazid saw people of Makkah and Madina breaking apart, he feared that the onward march of such movement of opposition would have domino effect in other areas of the empire. So in order to arrest the trend, he dispatched a strong army of twenty-thousand under the leadership of Muslim bin Uqba.

The soul trembles at the thought of huge magnitude of miseries the holy city of Madina was exposed to by the Yazidi army. Heart-rending cruelties were committed against the residents of the holy city. Massacre, plundering, anarchy were the order of the day. People were required to take allegiance to Yazid under duress and those who refused were put to sword. About ten thousand people were mercilessly killed. After the destruction of the holy city of Madina, the Yazidi forces led by Haseen bin Numairi attacked the city of Makkah. The Yazidi army besieged the city for sixty-four days, killed people at will and pelted stones.

In short, both holy cities of Islam were dishonoured. Firstly, the relatives of the Holy Prophet (pbuh) were put to sword and their beheaded heads were bandied about in the bazaars of Damascus. The religion, Islam, was disfigured and dishonoured for the retention of illegitimate power. Imam Hussain (A.S) knew that the government of Yazid was illegal, which wanted to invest the history of Islam with authoritarian, dictatorial and immoral character. At a time when many preferred escape, the Imam chose the path of action not of passivity. Although he knew that there was no organized support available to him and that he was faced with the brute and overwhelming might of a cruel government, he opted for the way shown him by his respected father, Huzrat Ali (ra) and grandfather, the holy Prophet of Islam (pbuh).

For any wavering and faltering at that point in time in the face of the challenge to Islamic ideology would have cleared the way for dictators and despotic rulers till the Day of Judgment. Through his courageous martyrdom, the Imam proved that the forces of truth are destined to prevail. Whatever be the thickness of darkness, there is always light at the end of tunnel. Thus Imam Hussain (A.S) chronicled a golden chapter in the history of Islam. The struggles for freedom and self-determination, being waged anywhere, derive their inspiration from this gigantic struggle of Hussain (A.S). The poet has very rightly said:

(Let man awaken himself, every nation would say that Hussain is theirs.) 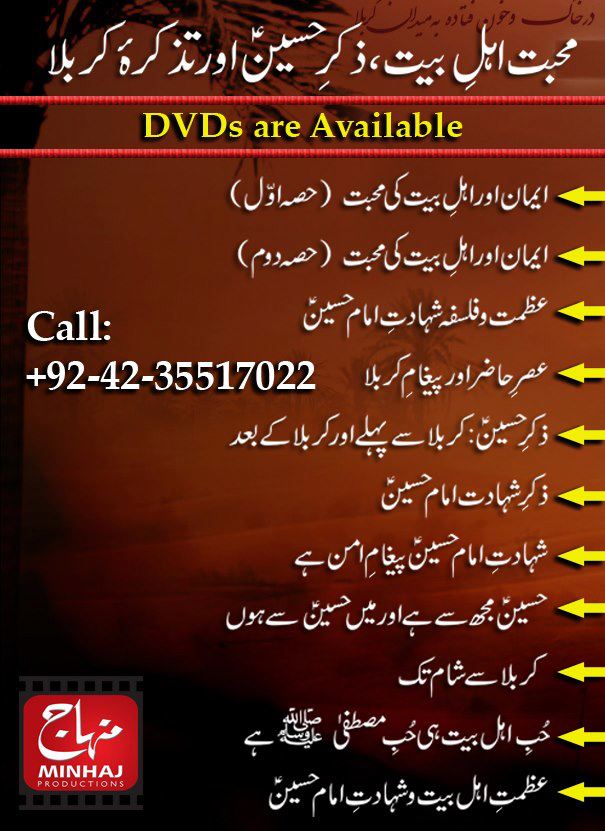