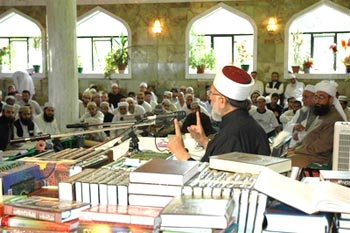 The three day Doara of Sahih-ul-Bukhari has successfully taken place in Ghomgol Shareef Mosque, Birmingham, UK. The course which was primarily for scholars in order to enhance their knowledge of aqaid in light of Sahih-ul-Bukhari, was also attended by thousands of members of the public.

The course was attended by over 500 scholars over the three days. A list of the scholars who attended and their photos are given below. There were also many members of the public and students of religion present in all of the sessions leaving the huge main hall of the Mosque full at all times. 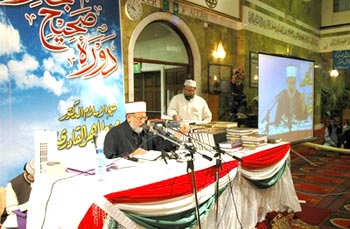 The course was unique in many respects. This was the first such course where scholars could attend to further enhance their knowledge. The commonly existing viewpoint that once someone is labelled as a ‘scholar’ there was no need to further seek knowledge, had not only been proven to be incorrect but the contrary was proven. The fact that hundreds of scholars came to seek knowledge of hadith from Shaykh-ul-Islam Prof. Dr. Muhammad Tahir-ul-Qadri, brought back memories of the golden era in terms of hadith, when not only scholars but great imams of hadith used to travel months in order to gain knowledge of hadith from imams of hadith.

This course also shunned the perception among some scholars that once completing the eight year or so course of Islamic studies and hadith, there is no need to actively seek further knowledge. These views are not only against the teachings of the Holy Prophet Muhammad SAW but also against the practice of great Imams of hadith throughout history. It was due to such views that the correct beliefs of the Ahl-us-Sunnah wal Jama’ah were being proved to be fabricated beliefs - that have no root in the Quran and Hadith. The unwillingness to continue to enhance ones knowledge particularly by sitting in the presence of great imams of the time made many preachers unable to prove their beliefs to be true from the original sources of Islam, the Quran and traditions of the Prophet SAW. 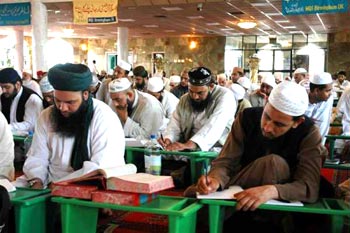 The course comprised of five sessions over the three days. Approximately half of the main hall of the mosque was designated for scholars only, the rest of the hall was for non-scholars. There were 20 hours of lectures/ dars by Shaykh-ul-Islam.

Before Shaykh-ul-Islam began the Doara, several eminent scholars - guests and organisers- delivered talks with regards to the course. 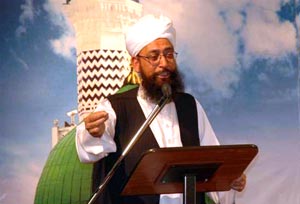 Mufti Muhammad Gul Rahman Qadri one of the leading muftis in the UK, who headed the organising committee for the course, shed light on the importance of the course. He said whether people understood the reasons for organising this course or not, for me, the fact that someone like Shaykh-ul-Islam will be teaching Sahih-ul-Bukhari, is enough of a reason to attend. He said whenever Shaykh-ul-Islam speaks we are flooded by diamonds, rubies and gems of knowledge that we never new existed. 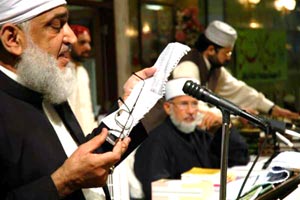 Allama Mufti Abd-ur-Rasool Mansoor al-Azhari, one of the leading scholars in the UK, who also played a leading role in the organising committee gave a detailed talk on various aspects of the course. He said in this day and age when all traditions are available in book form, there may not be a need to gain the riwayah of hadith as was the tradition over the centuries. He said that there was a difference between riwayah and Dirayah. He said it was for Dirayah - to derive rulings, interpretations, applications etc of a particular hadith – that this course was arranged. He said not everybody can do this and that is why we have all come to sit before Shaykh-ul-Islam as he is one person who can do it in a away others cannot. 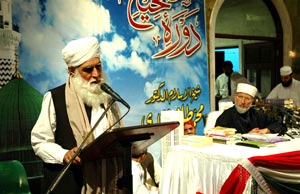 Sayyed Azmat Husayn Shah, Nazim A’ala of Jamia Qamar-ul-Islam, Karachi, Pakistan was a special guest at the course. In his brief talk he said that he had come to the UK for the Sunni Conference last week. Once he had heard about this course he said that he had decided that he could not miss it especially when someone like Shaykh-ul-Islam Prof. Dr. Muhammad Tahir-ul-Qadri was teaching it.

This was an introductory dars. It consisted of the following points which were discussed in great detail:

The actual dars of traditions from Sahih Bukhari began in this session. Some of the topics of Aqa’id and other issues covered in the session in great detail are:

Some of the topics of Aqa’id and other issues covered in great detail from the dars of traditions from Sahih Bukhari are:

Some of the topics of Aqa’id and other issues covered in great detail from the dars of traditions from Sahih Bukhari are:

Awarding of Ijazahs and Closing Remarks 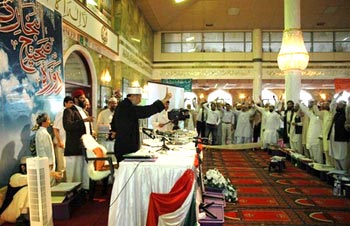 After the conclusion of the Doara, Shaykh-ul-Islam Prof. Dr. Muhammad Tahir-ul-Qadri awarded his Ijazas to all the scholars who attended the course. Only the most senior scholars received all of Shaykh-ul-Islam’s Ijazahs, they being Mufti Muhammad Gul Rahman Qadri, Allama Mufti Abd-ur-Rasool Mansoor al-Azhari and Shaykh-ul-Hadith Ustad-ul-Ulema Allama Habib-ur-Rahman Muhadith Fultali, Bangladesh. The rest of the scholars received the ijazah to Imam Bukhari.

In concluding remarks, Mufti Muhammad Gul Rahman Qadri said that I have received something so great from this Doara of Sahih-ul-Bukhari that I could have never even imagined it. He refused to elaborate any further.

Maulana Bustan Qadri, President Confederation of Sunni Masajid Birmingham said that this Doara was a great event. He said the message of Minhaj-ul-Quran and its leader is finally reaching the hearts of more and more people, especially scholars who were previously deprived of such blessings. He said that there are now only small pockets of resistance to MQI remaining, and with the will of Allah SWT even those will disappear very soon.

Shaykh-ul-Islam announced Mufti Muhammad Gul Rahman Qadri as the president of Minhaj-ul-Quran Ulema Council UK. Shaykh-ul-Islam then announced Allama Mufti Abd-ur-Rasool Mansoor al-Azhari as a full fledged professor of The Minhaj University in the UK. The students which he teaches the full shariah course to will be awarded degrees from The Minhaj Univeristy, which is a chartered university. 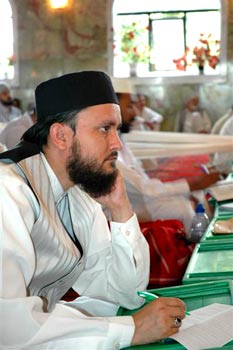 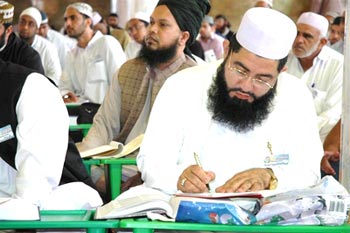 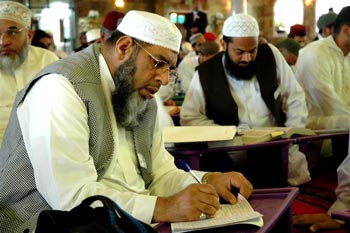 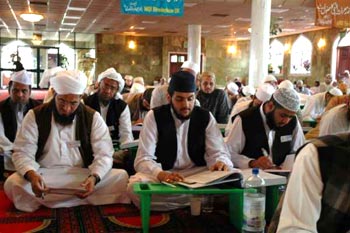 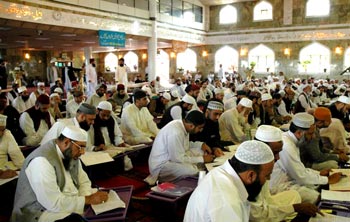 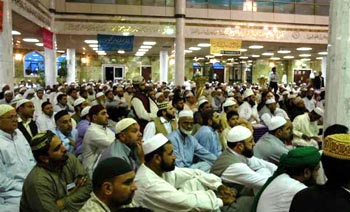