A delegation led by Mr. Zafar Siyal, Foreign Executive Member of MQI-Norway, visited the central secretariat of Minhaj-ul-Quran International the other day. Upon the arrival of the distinguished guests, the staff members of the Directorate of Foreign Affairs, led by Director Foreign Affairs Mr. GM Malik, warmly welcomed them and briefed them about the progress and ongoing activities of MQI at the head office. 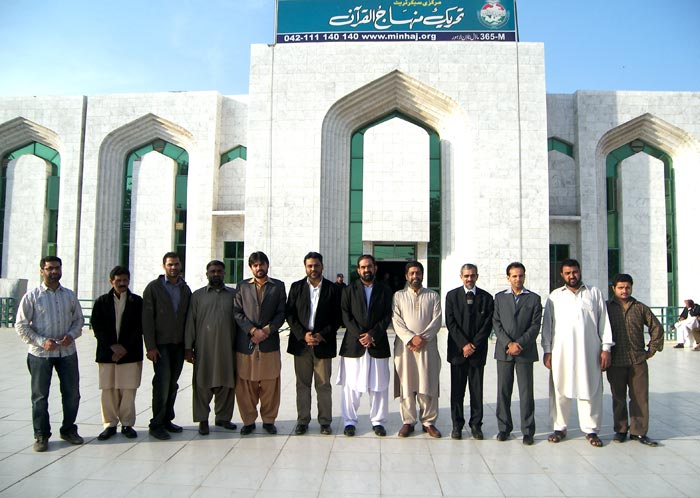 Assistant Director Protocol Rana Nafees Hussain, who conducted the guests to different departments of the Secretariat, briefed them about their activities and nature of work. The distinguished guests appreciated the efforts being made at various levels in different directorates and departments. Finally the delegation called on Secretary General MQI, Dr Raheeq Ahmad Abbasi, Deputy Secretary General Sheikh Zahid Fayyaz and Coordinator DFA Mr. Dawood Hussain Mash’hadi and discussed with him important organizational matters of Norway and Europe. They briefed him about the role of MQI (Europe) in promoting interfaith dialogue, peace and harmony in their respective countries by engaging with the local community. Dr Raheeq Abbasi praised the performance of MQI Norway and directed the members of delegation to keep working with the same zeal and zest.