A new ‘saviour’ arrives in Pakistan 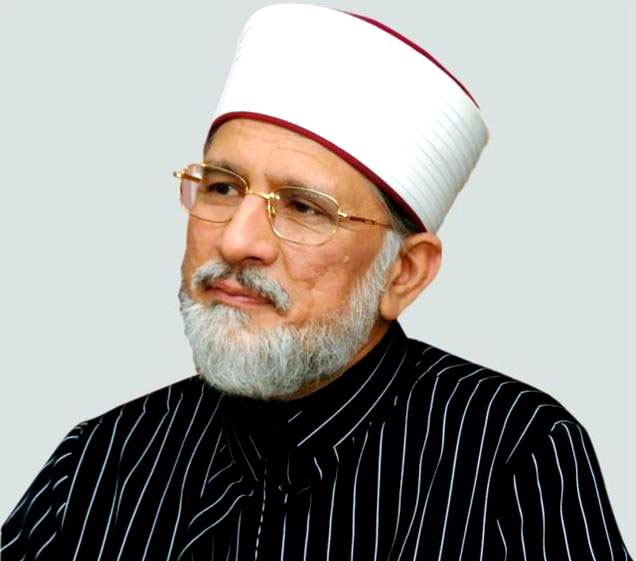 The winter fog across Pakistan has brought in its wake a parallel haze in the nation’s perennially stormy political firmament with the arrival of another self-professed “saviour” from Canada — Tahir-ul-Qadri. Serenaded back into the country with an advertisement blitzkrieg that smacked of big bucks, Dr. Qadri sent Pakistan’s politics into a tailspin with a mammoth rally at Lahore’s Minar-e-Pakistan on December 23 where the “political-has-been” served an ultimatum that essentially said “reform or perish.” And, gave the federal government all of three weeks to do his bidding or else reckon with a Long March of four million people onto Islamabad’s Constitution Avenue which would be “turned into a Tahrir Square.”

Dr. Qadri is a Barelvi religious scholar who took dual nationality of Canada about a decade ago and went “Westward” to “project the soft face of Islam” after dabbling in Pakistani politics. His demands include sweeping reforms covering electoral and a caretaker government of squeaky clean technocrats and patriots in consultation with “all stakeholders including the judiciary and the military.” He also invoked Article 254 of the Constitution arguing that this was a constitutional provision under which elections, due before mid-May, could be delayed.

Several red flags popped up almost simultaneously even before Dr. Qadri wrapped up his “Nizam Badlo (Change the system”) rally where the slogan was “Siyasat Nahin, Riyasat Bachao (Save the State, not politics”). While the money spent on his rally and his waltzing in at this juncture — in the last three months of the current dispensation — had already got conspiracy theorists murmuring, mention of a “government of technocrats,” “delaying elections” and “consulting the judiciary and military” on the contours of the caretaker government set alarm bells peeling of the omnipresent and all-powerful establishment developing its periodic itch to undermine the democratic project.

Given Pakistan’s history, the apprehensions of mischief afoot were inevitable. The “first-reforms-then-elections” slogan sounded very similar to Zia ul-Haq’s “Pehle ehtesaab, phir intikhab (First accountability, then elections”) which allowed him to rule for the next decade.

With parties like the Muttahida Qaumi Movement (MQM) and the Pakistan Muslim League (Q) — two major constituents of the Pakistan Peoples Party (PPP)-led coalition — extending support to Dr. Qadri’s caravan, the storm clouds were in particularly after the MQM decided to participate in the “Long March.” Adding fuel to fire, Dr. Qadri and the MQM urged the Army to facilitate the “Long March” by not taking orders from the government if its help was sought to stop the multitudes from entering Islamabad. Together, these statements brought back memories of earlier attempts to orchestrate a “political” alternative like the Pakistan National Alliance ahead of the 1977 elections to get rid of the PPP and Zulfiqar Ali Bhutto, and then again the Islami Jamhoori Ittehad (IJI) in 1990 to keep his daughter Benazir Bhutto from coming to power.

“Pakistan’s history gives us reason to worry about the appearance of self-proclaimed saviours from out of the blue and the potential for them being stalking horses for the invisible forces,” rued Farahnaz Ispahani, former spokesperson for President Asif Ali Zardari and a politician who was stripped of her membership of Parliament for being a dual national.

“We are working towards the completion of the democratically elected term that would be the first in Pakistan’s history. All challenges to democracy from outside Parliament reflect efforts by undemocratic forces to reassert total power,” she added, articulating a commonly held view.

What has unsettled many is the timing. “Why now,” is a common refrain particularly since its most bitter critics had reconciled to the PPP-led government — perpetually predicted to be on its last leg since the day it assumed office in 2008 — seeing its full term through. After all, Pakistan is on the threshold of seeing its first democratic transition through an election under civilian rule in 65 years.

Though Dr. Qadri insisted that he was not against democracy and all his demands were constitutional, even lawyers critical of the PPP find fault with his interpretation of the Constitution. As for electoral reforms, this Parliament has expanded the Election Commission of Pakistan and the Chief Election Commissioner Fakhruddin G. Ebrahim’s name was suggested by the Opposition. Similarly, the 20th Amendment to the Constitution details the modalities for appointing the interim/caretaker government after the incumbent dispensation steps down and there is no provision whatsoever for consulting the military or the judiciary in this process.

At the risk of being taunted as being a “friendly opposition,” the main Opposition party, the Pakistan Muslim League (Nawaz), has time and again refused to play ball in destabilising the democratic process. Though it has been provoked into brinkmanship — as in the “Memogate” case — the PML(N) has evidently learnt its lesson well from the 1990s when the establishment used it to destabilise PPP-led governments and vice versa.

The Express Tribune, in an editorial, sought to explain the Qadri phenomenon thus: “His appearance was too sudden to be explained as a natural reaction to disappointment in democracy or the performance of the current government. One popular theory is that the military, having first given Imran Khan a nudge, has now shifted its allegiance to Qadri since it realizes that the [cricketer-turned-politician’s] Pakistan Tehreek-e-Insaf’s electoral prospects have dimmed.”

That Dr. Qadri pulled a massive crowd at Lahore is no surprise since he presides over the Minhaj-ul-Quran International (MQI) — a “non-political, nonsectarian, non-governmental organisation” with a huge network spread across Pakistan and 90 countries. He claims that the money for his rally also came from this international network and the MQI website is posting details of his campaign for changing the corrupt system of Pakistan.

Apart from feeding into the general disenchantment with the state of affairs in Pakistan — poor governance and corruption included — Dr. Qadri has not stated his future course of action beyond creating a Tahrir Square-like situation. Asked how he proposed to contest elections as dual nationals are debarred from doing so, his reply has been that he would give up his Canadian nationality if he decides to contest. Neither has there been any visible indication of reviving his defunct political party, the Pakistani Awami Tehreek.

For all the confusion Dr. Qadri has managed to create, there is a silver lining to the gathering storm clouds. Apart from the MQM — which has said it would continue to support the federal government — practically every political party, big and small, has come out in favour of timely elections and batted for democracy. Even the media — which has been critical of the government from day one and blames elected representatives for the downward slide — is speaking up for democracy; reflecting its own stakes in the process as Pakistan’s political class closed ranks to weather the storm.