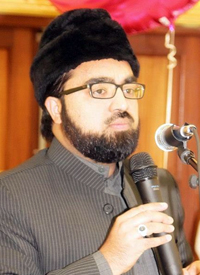 The well planned welcome of Dr. Tahir-ul-Qadri at Minar-e-Pakistan on 23rd December 2012 marked the largest gathering in the history of Pakistan. “Save the State, not politics” was attended by more than 2 million people from all over Pakistan. In a 3 hours long speech,which was aired live on many national channels, Dr. Qadri presented practical solutions to reform the Pakistani political system. A deadline of 10th January was given to the government to ensure free, independent and just elections and the implementation of articles 62 and 63 as per the constitution.

A major advertising campaign and the media attention given to Dr. Qadri raised suspicions about the hidden agenda of Dr. Qadri. Some speculated he was sent by the West while others believed he was backed by the Army. But later It turned out that neither the West and neither Pak Army was behind him. He enjoyed the support of millions of Pakistanis who wanted real change in their country. How the advertising campaign and the mega event was funded in Minar-e-Pakistan was practically demonstrated by Dr. Qadri in front of the entire print and electronic media that within one hour the dedicated workers and members of Minhaj-ul-Quran donated 60 crores in one hour.

A character assassination campaign against Dr. Qadri was started by those who feared the real change brought by the demands of Dr. Qadri. All who feared accountability and their zero role in future politics gathered in Raiwand against Dr. Qadri. When the deadline was not met by the government to ensure electoral reforms, Dr. Qadri announced a long march to the Capital demanding elections must be held after carrying out election reforms. Efforts were made to change his plan and this became quit obvious when Malik Riaz tried to meet him at his residence and Dr. Qadri refused to meet him in front of the Media. Despite the efforts of the Punjab government to stop people to travel to the long march half a million people were able to peacefully protest on D Chowk in Islamabad. For 5 days men, women and children stayed in D Chowk and demanded the necessary reforms in upcoming elections. Dr. Qadri and the Long March was the topic of the day in the whole country. The dedication of the participants despite the extreme cold weather in this peaceful protest in which not a single window was smashed marked history in the country where even protests with dozen participants lead to burning flags, smashing windows and damaging property. During this long march an assassination attempt was made on Dr. Qadri and later an operation to kill participants was also made by the interior ministry.

Dr. Qadri gave an ultimatum of 2 hours to the government and a delegation representing the government met Dr. Qadri in his container and signed a declaration agreeing the enforcement of electoral reforms prior to the polls and an independent care taker set up. This marked the end of the long march. Millions of people are disappointed that the long march ended without a real revolution. I believe that if the long march would have continued for two more days then real revolution would have come. The reasons of Dr. Qadri ending the long march upon signing the long march declaration are genuine. If the operation planned by the interior government would take place and hundreds of peaceful protestors had been be killed then not only would Dr. Qadri be blamed for this but his outstanding work on global level representing the true message of Islam which is Peace would also have suffered. Dr. Qadri was successful in creating awareness among the nation about the articles 62 and 63 which mentions the necessary requirements for contesting candidates in elections.

When the long march declaration was not enforced by the Government Dr. Qadri went to the Supreme Court to petition seeking major reforms prior to the polls. The biased and unprofessional dismissal of the petition by the CJ has risen concerns among Pakistanis. The remarks of the CJ about dual national Pakistanis prompted protests by Pakistanis abroad in front of Pakistani embassies. The failure of the government in appointing a capable the head of the ECP and an independent caretaker setup confirmed the concerns by Dr. Qadri. The appointment of biased care taker government also confirmed the concerns of Dr. Qadri. Dr. Qadri then highlighted how the ECP was allowing defaulters to contest in upcoming election. This has opened the eyes of many Pakistanis and Dr. Qadri has received more support.

Now Dr. Qadri has announced peaceful protests on 11th May when the nation will vote in the very clear biased unfair and unjust elections. Election that clearly violates many articles of the Pakistani constitution. The list of achievements of Dr. Qadri in his life is huge. He has authored hundreds of books, established branches of his Minhaj-ul-Quran in more than 92 countries. He is recognized by the Al-Azhar University in Egypt as Sheikh-ul-Islam. He founded one of the biggest charities in Pakistan Minhaj Welfare Foundation and established hundreds of schools, colleges and universities in Pakistan. His organization Minhaj-ul-Quran is formally recognized and is granted a “Special Consultative Status” by the UN. He is the first worldly renowned Muslim scholar to issue a detailed Fatwa against terrorism which consists of 600 pages. Dr. Qadri was the only Muslim scholar who spoke at the World Economic Forum in Davos (2011) to discuss practical solution to counter terrorism. The motive behind the efforts of Dr. Qadri in Pakistani politics are not fame or position. He is already enjoying these luxuries.

The diagnoses of the weakness in Pakistani political system and its remedy by Dr. Qadri has proven to be accurate. Every single concern of Dr. Qadri from 23rd December until now has proven to be true. Now its the duty of the Pakistani nation to join him in boycotting the elections and demanding powerful reforms. Dr. Qadri could have brought the revolution during the Long March and Dr. Qadri is still capable of bringing a revolution in Pakistan. This time however it will require much more effort than before. Dr. Qadri will be speaking on 4th May in Birmingham to thousands of Pakistanis to reveal his future plan and undertaking after election. He will be successful to gain moral and political support of overseas Pakistanis who are also worried about the future of their homeland and want to see a stable and independent Pakistan.