Stand for something by Zafar Hilaly 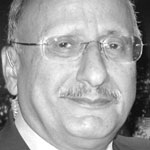 If you really think about it, the elections were nothing more than a spectacle behind which the old reality persists. One lot of proven failures has given way to another. And if you believe people seem happier after the elections, it’s just that they learnt to live with injustice, poverty and corruption long ago and are putting on a brave face.

We have developed ruses to forget disgrace and misfortune; to lull a man’s angst to sleep and comfort him in his solitude. We know the new lot of political retreads will solve no problems; they may make it worse. But when faced with the prospect of choosing between hope and despair, we go with hope.

And it was hope that prompted some of us to turn to the Kaptaan for redemption even though many clear-eyed realists were privately sceptical that he could beat the system and somehow usher in the age of the ‘rightly-guided caliphs of Islam’ that we so longingly wish to recreate and which the Kaptaan and our clerics assure us is around the corner only if...But all that presupposes a revolt against the present system.

It seems we believe that revolt, whether peaceful or not, will get us nowhere. Revolt merely tears one away from safe and anonymous obscurity and makes one’s life unnecessarily difficult. On the rare occasions that revolt succeeds, it may eventually improve one’s great-grandchildren’s lot but never one’s own.

What we seem to have forgotten is that failure, as a state or as an individual – much like original sin – cannot be washed away. Man cannot easily change his fate. In the end he must pay for whatever relief he may gain sometimes with other worse troubles which is what is happening to us. Why then defy solid, measurable and sensible reality and chase after the Kaptaan?

I thought I saw some of these conflicting thoughts reflected in the look on the face of the ‘lady wife’ as I told her one day – a couple of years ago – that I would be joining the Kaptaan’s dharna regarding the Nato supply route.

I had met the Kaptaan earlier so when he saw me milling around the protestors he asked me to join him on the container. Luckily, there was no fork lift – although being pulled and pushed up two containers, one perched precariously atop the other, was more frightening than negotiating with the leader of the Sikh hijackers (of the Indian Airlines plane forced to land in Lahore in 1974) who had a grenade in his hand and kept fiddling with the pin as we worked out the release of the Indian passengers.

True, the Kaptaan did not succeed in generating the tsunami he had promised but one must give him credit – he did cause large waves. The question is: could he have done better? The answer is: yes. It is the Kaptaan’s fault that he did not take the right decisions, both before and after the polling.

Apart from organisational blunders, there were two occasions on which, had Imran Khan done what he had half a mind to do, his political fortunes could have improved dramatically. He would not have had to play the role of the ‘loyal’ opposition in the national and Punjab assemblies or attempt the impossible – making a success of the Khyber Pakhtunkhwa government with an oddball like Khattak in charge.

The first occasion was the opportunity Tahirul Qadri’s dharna in Islamabad offered: to join with the cleric’s disciplined supporters in demanding that the Election Commission of Pakistan be reconstituted and elections be conducted jointly with the army. (Qadri’s other demands were neither here nor there).

The timing and the situation was perfect for such a move. All of Pakistan was watching the Qadri rally. Every news channel had its cameras trained on it and Qadri had worked up the crowd. His gestures reflected both rhythm and vigour. The crowd was roaring its answers to his rhetorical questions.

In short, he was hamming it up with gusto and inventing a great role for himself and for Imran who, he had been assured, would also join him. That was when Imran should have made his entrance – to ride the emotional wave and propel it towards the presidency. Instead Imran buckled and reneged on his promise to join Qadri.

Had the crowd advanced nobody would have dared stop it. Besides, what was so unreasonable about their demands? If reconstituting the Election Commission was not possible for some reason, holding the election under the joint supervision of the army was hardly asking for the moon. The army had been involved in past elections through one agency or another and, as we know, with malevolent intent. On this occasion it could have done so benignly with goodwill and taken credit for it too.

With army officers acting as joint returning officers, the possibility of vote stuffing and missing ballot boxes could have been prevented. It was quite possible the PTI would have doubled its number of seats. Even if that would not have given Imran the majority it would have cast the results, and the aftermath, in an entirely different light. At the very least, Nawaz Sharif would have had to focus on performance knowing that failure to deliver would have dire consequences.

The Kaptaan’s second error was to accept the rigged results docilely ‘in the interests of democracy’. There is no greater theft than stealing the vote, and to accept that with resignation is to accept a polluted democracy. It reveals a lack of will and a failure to be prepared to do all and more to become a leader. Worse it suggests that like your opponents you too are in it not to win or lose the elections but to win the count.

Truth be told, the lopsided results were inexplicable. Rewarding the PML-N’s good governance in Punjab and the PPP’s malgovernance and corruption in Sindh seems incredible. Such engineered results really count for nothing. We saw that in 1999, the ease with which the PML-N’s mandate was brushed aside by an irate general.

Many will cavil at my stance. And, indeed, this country cannot afford political upheaval at a time when it is threatened by enemies within and without. But in the end a leader must stand for something. Why sit in a parliament from which your own party men have been wrongfully excluded? What kind of message does that send to the ‘troops’? Do you expect them to turn out and vote the next time knowing nothing much will happen if they are again cheated.

The Kaptaan has his advisers but sometimes it’s his instincts he should follow.

The writer is a former ambassador. Email: charles123it@hotmail.com