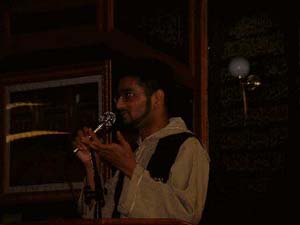 Alhamdulillah by the blessings of Almighty Allah and His beloved Prophet (sallallahu `alayhi wa sallam) approximately 150 people, men and women from both youth and elders gathered to take part in this spiritual programme.

The programme rightfully started with a beautiful recitation of the last verses of Surah Hashr by Hafiz Jameel Khan. This memorised the gathered including a non-Muslim bystander by the name of Paul who attended the function out of curiosity.

This was immediately followed by an informative speech delivered by Br Abdul Basit based on the fada’il/faza’il (virtues and benefits) of Ramadan. He quoted many hadiths relating to the blessed month of Ramadan and stressed the importance of attaching ourselves to the Holy Qur’an since it was within this blessed month that the Holy Qur’an was revealed. He also introduced Paul who he spotted watching at a photo of the Jâli Mubârak - blessed fence in front of the grave of the Holy Prophet (sallallahu `alayhi wa sallam) inside the prayer hall. Paul was born as a Christian and Br Abdul Basit mentioned to him that Muslims believe in the return of Jesus (`Isa `alayhis-salam) and that he would break the cross. Upon this, Paul broke a necklace he was wearing which had a cross on it. When Br Abdul Basit introduced Islam to him, Paul by the grace of Allah took the Shahâda for baraka – blessings. 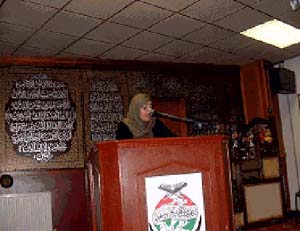 After a break for `Asr salaah, Sr Alveena, a student at the University of East London, delivered an inspiring speech based on the importance of deriving the most out of Ramadan. She pointed out that the way we behave during this blessed month determines how the rest of our year would run. She stressed the importance of strengthening our relationship with Allah (subhanahu wa ta`ala) and developing the praiseworthy traits of Sabr (patience) and self control during the month of Ramadan.

The lectures were separated by several nasheeds recited by Br Dawud in English and Arabic. He can be seen playing with his daff. 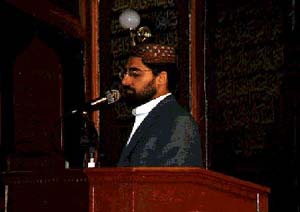 Shaykh Ramadan Qadri delivered a spiritual speech based on the importance of acquiring knowledge. He quoted the saying of a famous Wali (friend of Allah) who said "I spent my entire life seeking knowledge except for two nights-the night of my wedding and the night of my death". He pointed out that Islam is a universal truth; it is not a national or tribal religion. However, unfortunately some Muslims have turned it into a "sacred religion" which no one is allowed to touch; this contemporary mentality excludes the non-Muslims as "the Kuffar". He pointed out that we should hold a positive opinion about the non Muslims, as we do not know whether towards the end of their life they may die as believers or whether we may die as unbelievers!

He said that if we want to "drink the water of revelation (the Qur’an) we need to derive the most out of Ramadan so that the thirst of our soul/heart becomes quenched".

The programme rightfully ended with a powerful and intense dhikr led by Shaykh Ramadan Qadri, which penetrated into the hearts of the audience.

Free Islamic literature and food was served for iftar and in the style of the Sub-Continent, it was spicy chicken biryani.

We would like to thank all those who went to great efforts in preparing and organising this special programme. May Allah (swt) reward them in abundance and shower His mercy and blessing upon them and give them the tawfeeq (ability) to organise more special programmes in the future, Ameen. 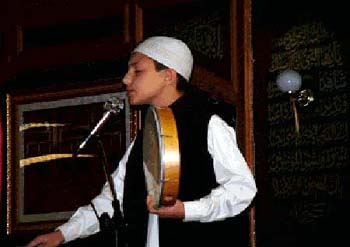 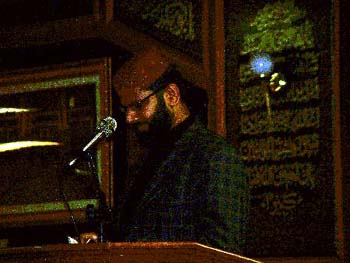 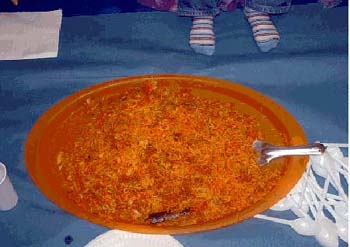