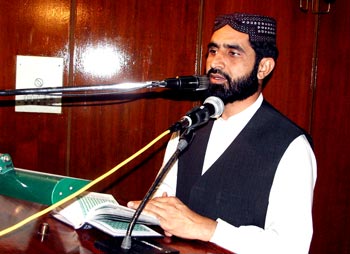 Sahibzada Sufi Mohammad Mussrat Nawaz, the present spiritual head of Aastana-e-Aaliya "Hoon Sharif" joined Minhaj Religious Scholars Forum. He announced his joining at the occasion of the lecture delivered on the Holy Quran is held in Hamdard Hallon 23rd April.

G. M Malik, Principal Secretary to Shaykh-ul-Islam Dr. Muhammad Tahir-ul-Qadri along with the President of MQI Dubai "Fakhur-ul-Zamman Adil" attended the programme. In his Remarks he said that Minhaj-ul-Quran International is striving hard to kindle the love and affection of the Holy Prophet (SAW). He said he has observed that that fire of love is flaming in the hearts of the youth due to Shaykh-ul-Islam. He said that he was really impressed by the way Dr. Tahir-ul-Qadri is serving and trying to awake the Muslim Ummah from deep slumber.

He said that Shaykh-ul-Islam is a role model for all the religious scholars as well as spiritualists of the present and the time to come. He said it takes ages to produce the man like Shaykh-ul-Islam. We should realize his importance and not be late to do whatever we can to strengthen his mission.

At the end of Programme, Mirza Asif, Ch. Amjad, Manzoor Ahmad, Sohail Abbasi congratulated him for his becoming a part of Minhaj-ul-Quran International and this great mission to raise the Muslims Ummah once again to highest position. 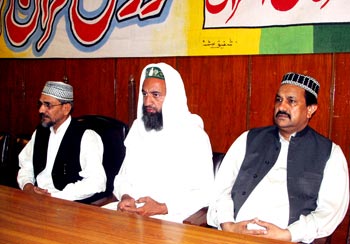 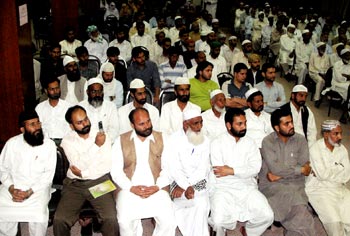