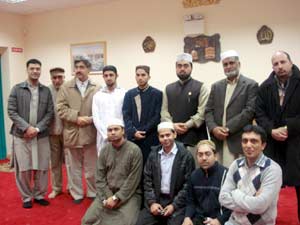 In a humble attempt to reminisce the martyrdom and acknowledge the scale of sacrifices endured by the grandson of the Prophet (SAW), Syedina Imam Hussain (RA), Minhaj-ul-Qur'an International Ireland, dutifully spread the message of Muharram. As a meagre gesture, symbolic of the long journey of the family of the Prophet (SAW) towards Karbala, three days of continuous remembrance and reflection were organised.

It began on Friday 11th of January held in Imam Bargah of Dublin. Brother Muhammad Milad Raza Qadri, a guest from Scotland, enlightened the awe struck audience through the recital of Manaqib-e-Ahl e Bayth (AS).  This was heartfully welcomed by the Shi'a community who had until then not felt the power of words as a medium of remembrance of the events of Karbala. The voice of the recitor echoed the pain of that day and its beauty rightfully heightened the status of the recited. 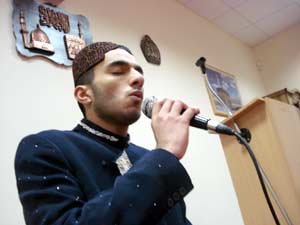 Saturday 12th January marked a Mehfil in a town called Ballaghdreen. Beginning with the words of Allah (SWT), Brother Awais, a guest from Bradford, melodiously refreshed Divine revelation in the hearts of those listening. Among them were 40 Muslim families who have resided in the town for over 10 years but have never had the pleasure of such gatherings.  Dublin being as far as a 4-hour drive does not allow these Muslims to congregate on a regular basis thus to provide spiritual support, weekly gatherings, under the supervision of Allama Muhammad Zille Umar Qadri, have henceforth been organised.
The gathering continued with Brother Muhammad Milad Raza Qadri who, for those present who had been void of such display of love for the Prophet (SAW) and His Family for the past 15 years, was an inspiration and a means to awaken and light the flames of true love for the Ahle Bait. This was reinforced in a talk given by Allama Muhammad Zille Umar Qadri who in his eloquent manner expressed the significance of love for the Ahle Bait and its status in Islam. 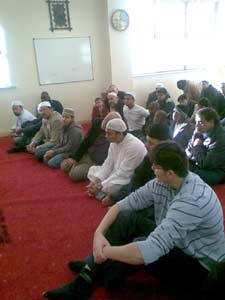 The final stop of this journey came on Sunday 13th of January. A special programme was held in Minhaj-ul-Quran Ireland's Al-Hidayah Islamic Cultural Centre (Dublin), in which Brother Awais recited Tilawah of the Holy Qur'an and Brother Muhammad Milad Raza Qadri recited beautiful Naat Shareefs and Manqabats in praise of Syedina Rasulullah (SAW) and the Ahl-e-Baith (AS). The main speech was by Allama Muhammad Zille Umar Qadri who analysed why Imam Hussain's (RA) martyrdom is remembered more than any other.

It was though the events of Karbala had unfolded before the eyes of those present, tears strolled down their cheeks at the fate of the Ahle Bait (AS), how unjust the events and how painful the outcome. These wounds can never heal because they represent the cause of Islam, one of sacrifice and courage. Everyone left with their heads turned looking at what was, as though the words had come alive, moving cautiously forward at what is and realising that things can never be the same again.

Minhaj-ul-Quran Ireland would like to extend special thanks to Brother Awais and Muhammad Milad Raza Qadri for participating and for all the Muslims who participated in the three days of remembrance. First and foremost thanks and praise belongs to Allah (SWT) and His Rasul (SAW) for allowing us to organise and gather together to ignite love for the Ahle Bait (AS)

Imam Hussain (RA) did not remain neutral in the face of oppression and arrogance. We should not move with him (RA) in history instead follow him in reality; revolution and change." (Shaykh-ul-Islam Trans)