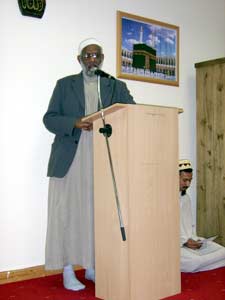 Minhaj-ul-Quran Ireland has made a remarkable transition from a four bedroom house to a large building inaugurated on the 12th of September 2007, the first night of the Holy Month of Ramadan.

This indeed reflects the aims of Minhaj-ul-Quran International and embodies the essence of its ethic that looks to spread the true message of Islam throughout the world. One must indeed begin by paying humble thanks to the Almighty (SWT) because it is through the Blessings and Grace of Allah (SWT) and His Beloved Prophet Muhammad (SAW) that such work is able to commence.

Sayyedi Shaykh-ul-IslamŌĆÖs vision reflects in the very name of the building which has been approved by his eminence as ŌĆśAl-HidayahŌĆÖ (The Guidance) marking the first of its kind in Dublin. 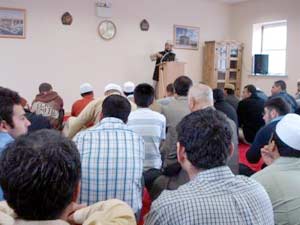 the Holy QurŌĆÖan to being the ceremonial gathering followed by Brother Mohammad who recited the Qasida Burdah Sharif.

Shaykh Yahya Al-Hussain, followed by congratulating the Muslims in Dublin in this landmark opening and emphasised the ability of MQI to unite Muslims from various backgrounds and schools of thought bringing them together to interact in peace and advance the true teachings of Islam. 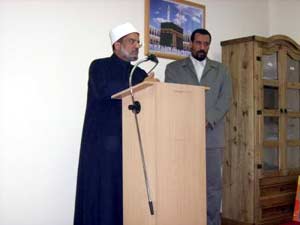 If one was to imagine the atmosphere of Al-Hidayah Islamic Cultural Centre on this day they would surely see that Muslims from diverse backgrounds came together to fulfil through actions a step towards unity. Extended not only to Muslims but non-Muslims alike as they were welcomed during the Era of the Beloved Prophet Muhammad (SAW). ┬ĀIndeed AllahŌĆÖs house is for all His creation.

We pray that Al-Hidayah Islamic Cultural Centre is able to provide for its community through fulfilling the aims and objectives of MQI effectively. May AllahŌĆÖs (SWT) and His BelovedŌĆÖs (SAW) blessings shower upon it abundantly with the prayers of our teacher, Sayyedi Shaykh-ul-Islam Dr. Muhammad Tahir-ul-Qadri. Amin