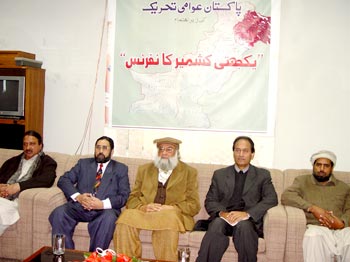 Pakistan Awami Tehreek organized Kashmir Conference on February 4, 2008 in its central secretariat to express its support for the ongoing freedom movement in the held Kashmir. Sahibzada Miskin Faiz-ur-Rehman Durrani, President PAT, presided over the conference, while Muhammad Saeed Asad, Director National Institute of Kashmir Studies and central leader of PPP Senator Sajjad Bukhari were the guests of honour at the occasion. 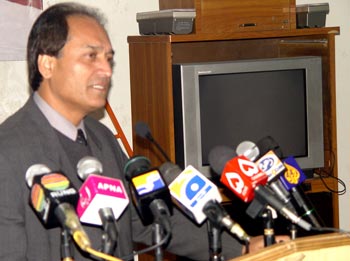 The programme started with the recitation from the Holy Quran followed by Naat which was presented by Shakeel Ahmad Tahir.

Addressing the audience, Sahibzada Miskin Faiz-ur-Rehman Durrani, President PAT, said that the division of Pakistan in 1971 was a great tragedy and today the efforts are being made to divert the attention from the core issue of Kashmir, which is intellectual tragedy. The support to the freedom struggle in Kashmir should be top on the preferential agenda of Pakistan.

Secretary General PAT Anwar Akhtar Advocate demanded of the UN to grant Kashmiris the right of self-determination. The OIC and UN should play their full part in the struggle. The Pakistani nation is fully behind their Kahsmiri brethren in their rightful movement. The policy of Pakistan should be subordinated to Islam and Ideology of Pakistan. He said that it is demand of Pakistan Awami Tehreek that a national think tank should be established to get the country out of multiple crises facing the nation at this point in time. People with expertise on Kashmir affair should be appointed in foreign embassies to highlight the issue in the international community. 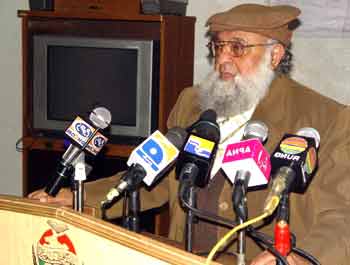 PPP's central leader Senator Sajjad Bukhari said that it is glaring reality that Kashmiris still consider Pakistanis their saviours. He demanded of the UN to implement its resolutions and give Kashmiris right to self-determination. He regretted that the people fighting for their freedom are being branded as terrorists and the government of Pakistan is an accomplice in this nefarious conspiracy since it is withdrawing its support from them.

Muhammad Saeed Asad, Director National Institute of Kashmir Studies, said that Tashkand and Shimla agreements represented anti-Kashmir thinking of Pakistani rulers. Today efforts were being made to destroy Pakistan by putting the Kashmir issue on the backburner. Pakistan and other countries of the Muslim Umma should play their full role in helping Kashmiris get right to self-determination. If people took up stand for the Kashmiris, a way could be found out for the independence of Kashmir issue in spite of slavish policies of their governments. 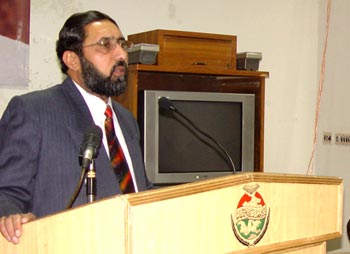 Director FMRi Dr Ali Akbar Al-Azhri said that the wars of Kashmir and Palestine were the wars for the survival of Muslims. Due to certain reasons, the Arabs and Pakistani governments were not that steadfast in their support for the freedom movements as before. The wrong policies of government have landed in the country into civil war-like situation. Keeping the ideology of independence was of utmost importance because ideology never died. As long as ideology remained alive, dream of Kashmir's freedom would remain alive.

Director Foreign Affairs MQI G.M. Malik said that the unity of Muslim Umma could be instrumental in ridding the Muslims of the reign of terror and oppression currently visiting them around the world. Efforts needed to be made for achieving much-needed unity at various levels within the Umma. 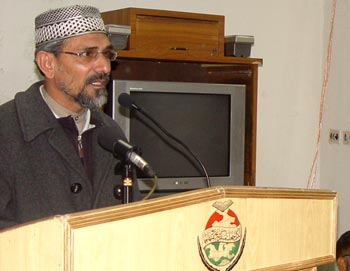 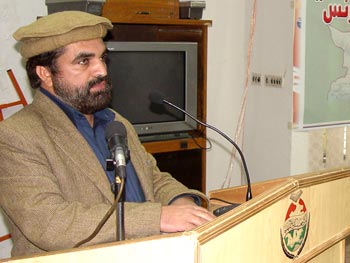 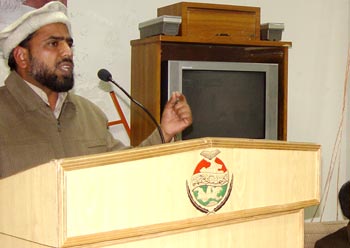 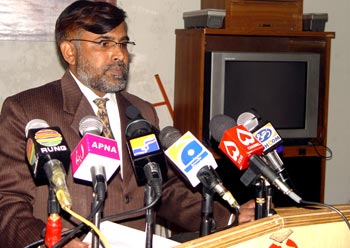