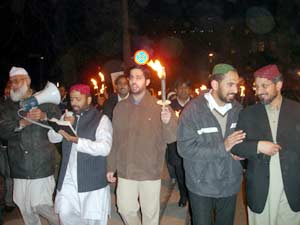 After the programme came to end A March with fire sticks was carried out which was organised by the Women League Minhaj - ul - Quran Oslo (Norway). The March started after the maghrib prayer in darkness of the night and was carried out throughout the town to celebrate the special occasion of Eid Mawlid - un - Nabi (SAW).Every one was reciting Darood Pak loudly. President of Women League MQI Oslo Salma Zaffar was sloging loudly all the time. 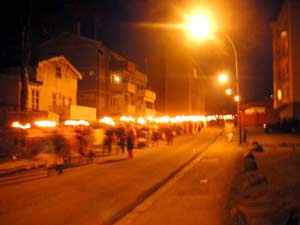 Shakeel Ahmad Tahir Deputy Director of DFA and Famous naat reciter was reciting nasheeds in the mic. Every one was fallen into strange kinda feeling. The march went from various streets and came back after an hour.

Packed food was distributed out.It was truly a joyous occasion for everyone. The famous Prest of Oslo Grunland Sunewa Gloor also participated in the march, and many others from different cities around the Oslo, like Stavanger, Moss, Skedsmo, Torp etc 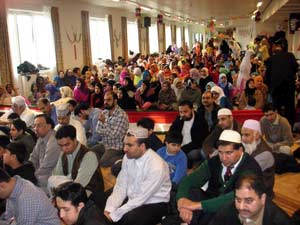 All the credit goes to our much loved and respected leader Hazoor Sheykh - ul - Islam Doctor Mohammad Tahir - ul - Qadri without his guidance we would have never been able to manage celebrating the Birth of our Holy Prophet Mohammad (SAW) with such love and such a great way living in a non muslim country.

May Allah (SWT) give Hazoor Sheykh - ul - Islam a long and healthy life, and may he guid us and strengthen our link with him. 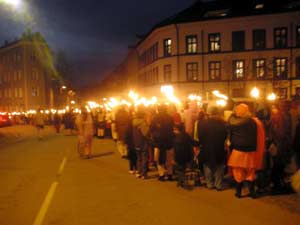 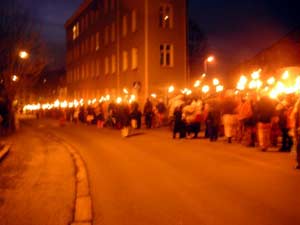