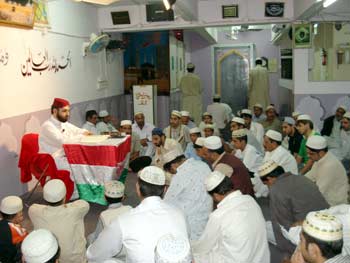 The program started with the tilawat. After that, a Naat Shareef was sung. Then, Hafiz Mohammad, the chairman of the PSA, briefed the participants about the importance of education. Later, Hafiz Muhammad Naseem Khan delivered a lecture followed by a question-and-answer (Q&amp;A) session. In the end, Mohammad Ibrar Abbasi, the vice chairman of the PSA, briefly talked about the mission and vision of the PSA. The program was concluded with dua. Food was also served to the participants.

Hafiz Syed Tanveer Hussain Shah had the privilege to recite the verses of the holy Koran. Next, Mohammad Yousaf read the naat melodiously and engaged the 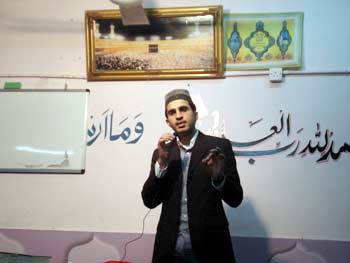 audience. After that, Hafiz Mohammad delivered a keynote speech on the importance of education. He first thanked everybody for making themselves available for the program. He also expressed his gratitude to the Minhaj-ul-Quran for offering an opportunity to co-organize such an important program. After that, he said we are created with a great purpose, but, unfortunately, we have forgotten the purpose of our lives and that has therefore led to our downfall in every aspect. He continued his talk and said that we should give ourselves momentum and get higher education.

Then, Hafiz Muhammad Naseem Khan delivered a lecture on “The importance of religious and contemporary education for the dominance of Islam”. He gave references from the Koran and the Sunnah that acquiring knowledge is important and obligatory on all Muslims. He, then, highlighted the extraordinary academic, educational, intellectual and infrastructural achievements by the Muslims in the past. He concluded his lecture by saying that we can only succeed in this life if we make education our first priority. After that, a Q&amp;A session was held where the participants asked different questions with regard to Islam and education. Naseem Khan provided thorough answers to all the questions. 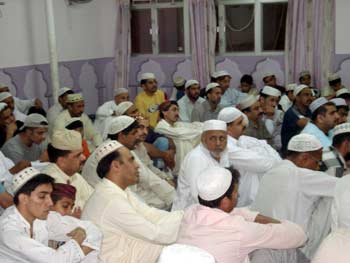 Next, Mohammad Ibrar Abbasi talked about mission, vision and the objectives of the PSA. He said the PSA aims to raise the status of the Pakistani community in Hong Kong by motivating the Pakistani youth to upgrade their education. He also mentioned that the objectives of the PSA cover people at three levels – students, parents and the community. He said he hopes if we get higher education, we can improve our situation in Hong Kong.

Finally, Hafiz Muhammad Naseem Khan prayed for the success of the PSA and the Pakistani community and the Muslim Ummah at large. In the end, the food was served to all the participants.