Celebrations on the 57th birthday of Shaykh-ul-Islam 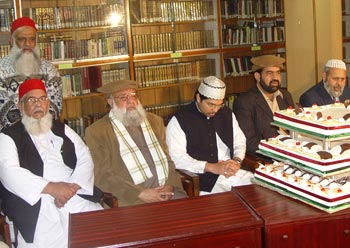 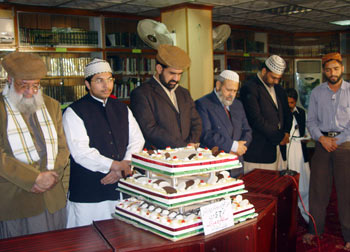 Nazim-e-Aala Minhaj-ul-Quran International Dr Raheeq Ahmad Abbasi, addressing the gathering, congratulated all the members, workers and affiliates of the Tehreek and wished happy birthday to Shaykh-ul-Islam Dr Muhammad Tahir-ul-Qadri. He expressed his heartfelt joy that the leaders and workers of MQI were celebrating the birthday of the great leader of the Muslim community. He threw light on the role of Quaid as an ambassador of peace. He asked the audience to supplicate Allah for solidarity, development and enduring peace in the country and the welfare of the Muslim Umma. While cutting the birthday cake, all present on the occasion chanted the birthday song.

The proceedings ended with the supplication by Sahibzada Husain Muhi ud Din Qadri. He prayed for Shaykh-ul-Islam's early recovery and long life, and peace, solidarity and progress of the Pakistan and the whole Muslim Umma. 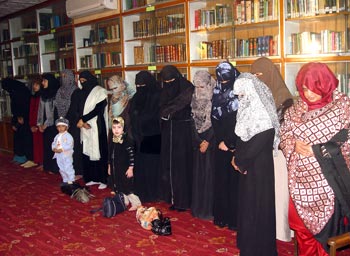 After the party, 57 goats were slaughtered. The central leaders of MQI personally arranged the slaughter. At the Central Secretariat, Sahibzada Husain Muhi-ud-Din himself slaughtered an animal first. Later Ameer-e-Tehreek Miskeen Faiz-ur-Rahman Durrani, Nazim-e-Aala Dr Raheeq Ahmad Abbasi, G M Malik, al-Hajj Muhammad Saleem Qadri and Shahid Latif Qadri and other leaders of the Tehreek performed the slaughter. Afterwards Ameer Tehreek prayed to Allah for the acceptance of the sacrifice and the prosperity of the members, workers and affiliates of the MQI in Pakistan and abroad. Later a grand meal was served to all present on the occasion.

The last item of the party was lunch for people. A two-course meal was served by al-Hajj Riaz Ahmad, al-Hajj Muhammad Saleem Sheikh and Yasir Khan.

The birthday celebration was also organized by College of Sharia to pay warm tribute to Shaykh-ul-Islam Dr Muhammad Tahir-ul-Qadri. To commemorate the birthday of Shaykh-ul-Islam, a one-day national seminar "Safeer-e-Aman (Ambassador to Peace)" will be held on February 23th in Lahore. Prominent personalities representing all walks of life will attend the seminar.

To celebrate the occasion, Minhaj-ul-Qur'an Women League has prepared a photo album covering the life of Shaykh-ul-Islam. The album is to appear in a few days' time. 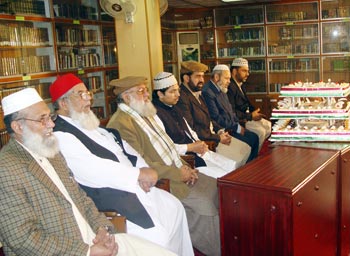 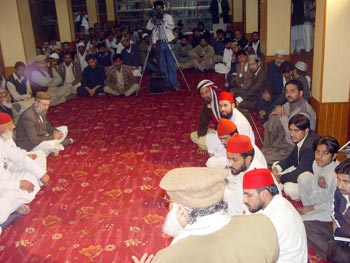 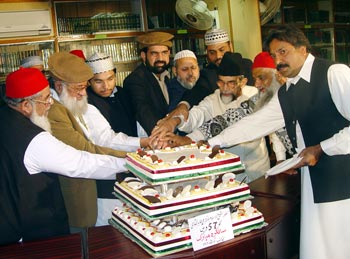