55% population in Pakistan consists of women who have an important role to play in the national economy. It is our foremost obligation to equip them with any type of skill in order to give them honourable place in society and home. Technical educational intuitions and computer centers have been established in this respect where arrangements have been made for the technical education of women. In addition to that, the plans for the widows include the free provision sewing machines so that these women may be able to earn respectable living at home. 200 machines have been provided so far which has cost Rs. 5, 95,500. 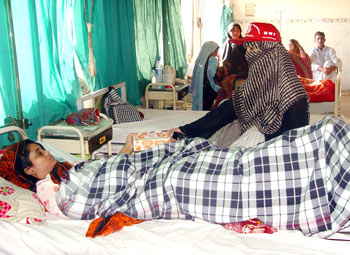 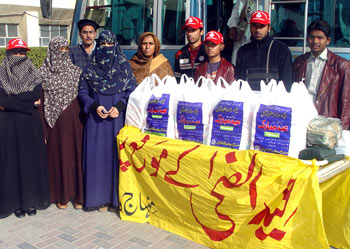 Food is the most important component for human survival. But the problem is: will sufficient food be available to meet the demand of growing population? It is now obvious that there is a need of increase in the production of food grain to cater to demands of over 160-million population. The situation is that we do not have food free from diseases. There is a need of increase in per head production of food grain. The ratio of diseases is more due to shortage of food in Pakistan. 10% Pakistani children are getting affected due to defective food. The demand of food grain is on the rise in the developing countries. There is a dire need to ensure availability of balanced food for people.

It is a reality that those most affected by the shortage of food belong to the poor and lower classes. Poor people die due to starvation and are deprived of even small pleasures of life. Leave alone the normal circumstances; the children of the poor can not get new clothes at the occasion of Eid. In this situation, Eid gift and Ration Scheme was started under the banner of Minhaj Welfare Foundation to distribute happiness among the poor. Under this scheme, ration, sweet and food stuff are distributed among the poor at the time of Eid.