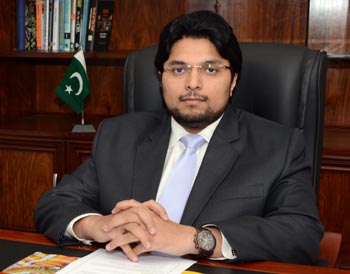 The economies of both developed and developing countries are in a state of chaos. By virtue of their strong institutional capacity and diversification, the developed world has the wherewithal to stand the challenges produced by the recent surge of recession in the global market. But the developing countries like Pakistan are hard put to offset the negative effects of the global economic crisis. Given the criticality of the issue, it needs to be discussed in some detail to reach at the right kind of conclusion. Common people are shocked at the fact as to how the Pakistani economy, dubbed as emerging economy of the region with foreign reserve crossing the psychological barrier of $16 billion, plummeted within months.

This downward and steep journey of economy was so acute that Pakistan stood chance of defaulting on meeting its international obligations if it did not get any immediate support from the outside. The newly elected government, upon taking over, drew up Plan A, B, C to shore up sagging economy.

The Plan A involved the multilateral institutions like World Bank, Asian Development Bank and Islamic Bank, which were expected to come to the relief of the economically entrapped government. Failing which the government looked to new multilateral forum called ‘Friends of Pakistan’ for availability of liquidity to avert the impending prospect of default on balance of payments.

This was plan B. When the friends made their intentions clear with the Pakistani leaders returning empty-handed from time friends like China and Saudi Arabia and Mr Richard Boucher going to the extent of saying that there would be no cash on the table, the PPP-led government was left with no option but to tread the beaten track—International Monetary Fund.

This was Plan C. The Fund had gone out of business with total loans to various countries worth $18 with Turkey topping the list of recipient countries. Courtesy the resent global meltdown, the Fund is back to relevance with a bang.

It needs to be understood that the previous government led by Gen Musharraf under the economic wizardry of Shaukat Aziz based its economic philosophy on consumerism. Due to Pakistan’s participation in global war on terror, huge foreign direct investment (FDI) and capital flowed into the country. But it was the services sector like banking, telecommunication and stock market, which was the major recipient of these investments. Agriculture, manufacturing and textiles, the mainstay of Pakistan’s economy where the country has competitive edge in the international market, were ignored. In the financial year 2007–2008, the share of agriculture in the GDP was 20.9% and that of manufacturing 25.9%. Contrast these figures with the share of service sector, which was 53.3% of GDP.

Pathetic is the word, which comes to mind while analysing this data. There is greater space for generation of employment in agriculture and manufacturing if proper attention is paid to these sectors.

The problem with the services sector is that it has limited capacity for employment creation. Secondly, the foreign investors not only take back their profit from the local market but they take no time in withdrawing their capital and investments once law and order problem is created. No doubt Pakistan’s services sector has shown commendable performance but it should never come at the cost of agriculture, as it has been the case in Pakistan at the policy-making level. In 2004–05, the growth of agriculture registered slowdown from 6.5% to 1.5% and that of manufacturing from 18% to 5.4%. This explains how ‘Bubble Economy’ was created and finally came crumbling down at the first available test.

Pakistan’s economic woes are not because of global meltdown, now sweeping across the world forcing the Bush administration to pump in liquidity of $700 billion, an amount equalling the one spent at the Iraq war so far. They are more of our own making and have indigenous sources i.e. lop-sided and unimaginative economic policy making etc. Secondly given structure and orientation of our economy, it is loosely integrated with the global financial system. Unless we fix our priorities and give agriculture the place it right deserves, we cannot get out of economic woods. Instead of allowing crises to bring this point home, let our policy-makers to be proactive on these counts.