Distribution of Food Package under MWF in Charsadda 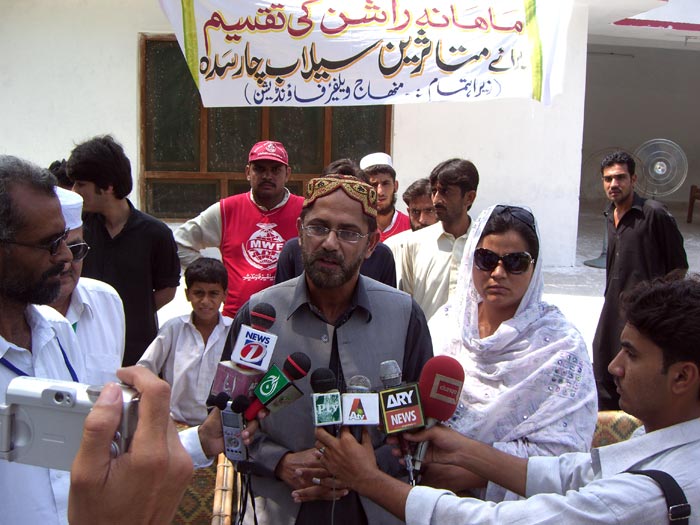 Under the banner of Minhaj Welfare Foundation, monthly food package was distributed among 500 families in the Charsadda District, which is one of the Districts affected by the recent floods. 500 families were registered by the Foundation from Union Council Mir Imdad Gull Abad and Union Council Gull Bella who are being provided with ration package on monthly basis. The first ceremony in this regard was held at the residence of Begum Wali Muhammad Khan Hoti in the Union Council Mir Imdad Gull Abad, which was attended by Iftikhar Shah Bokhari (Director of Minhaj Welfare Foundation), Bilal Mustafavi (media advisor of Minhaj Welfare Foundation), Nazia Mujahid (Coordinator flood relief for KP), Waheed Khan Hoti, Shahida Waheed Hoti, Begum Shah Jahan Khan and Begum Wali Muhammad Khan Hoti. 300 affected families were given monthly food package, which consisted of flour, rice, pulses, ghee, milk and tea etc. 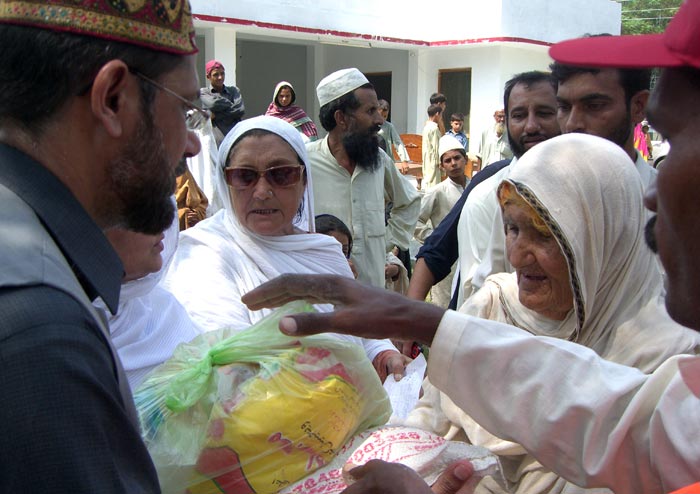 Talking to the media men after the ceremony, Iftikhar Shah Bokhari said that on the instructions of Shaykh-ul-Islam Dr Muhammad Tahir-ul-Qadri, Minhaj Welfare Foundation would continue its relief operations till the complete rehabilitation of the flood affectees and the affected families would continue to get monthly food package. 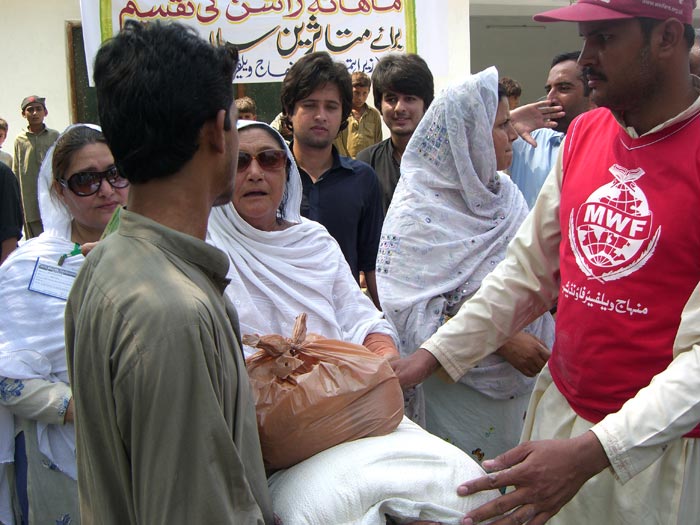 Nazia Mujahid said that it is the second time that the food package is being distributed under the banner of Minhaj Welfare Foundation. She said that Rs.30 million have been spent by MWF on the relief activities in the KP province so far. Two tent settlements have been set up at Akora Khattak and Noshahra where all facilities have been provided. 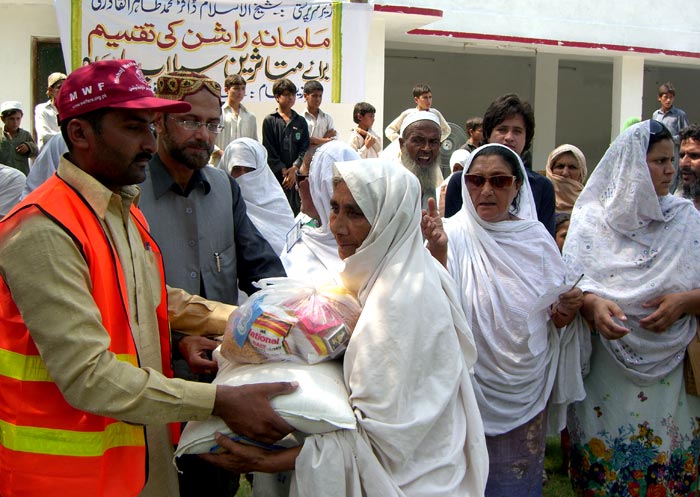 Talking to the media, Begum Wali Muhammad Khan thanked Shaykh-ul-Islam Dr Muhammad Tahir-ul-Qadri and Minhaj Welfare Foundation for their massive contribution. Food package was distributed at the end of the programme. 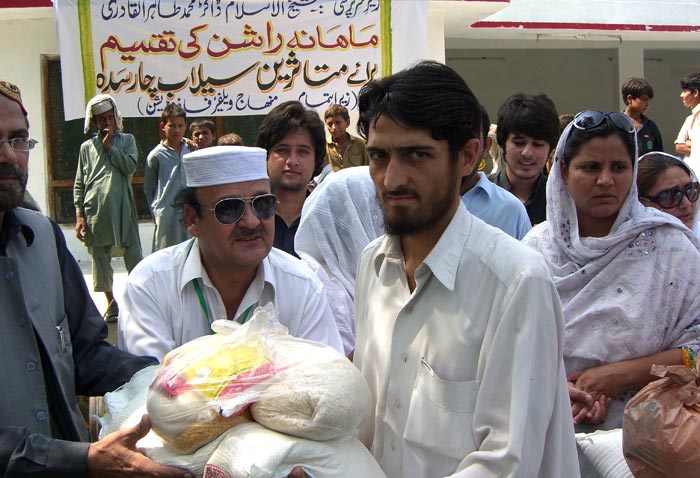 The second ceremony of food distribution took place at the Union Council Gull Bella where two hundred families were food package. The ceremony was attended by Iftikhar Shah Bokhari, Bilal Mustafavi, Arshad Khan Abdullah MPA, Arbab Nazir former MPA, Waheed Khan Hoti and Mujahid Khan. Talking to the flood victims, Iftikhar Shah Bokhari said that the flood was a test case from nature and the nation would have to cope with the challenge through unity. He assured the flood victims that MWF was them at this time of trial and tribulation and hundreds of volunteers of MQI are busy serving the flood affectees on the instructions of Shaykh-ul-Islam. Waheed Khan Hoti thanked Shaykh-ul-Islam Dr Muhammad Tahir-ul-Qadri. 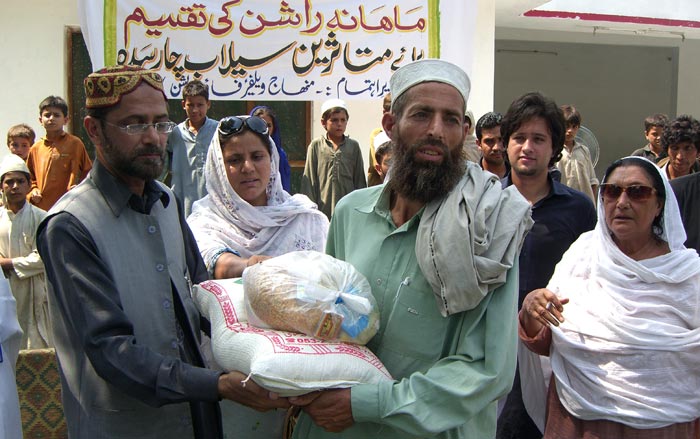