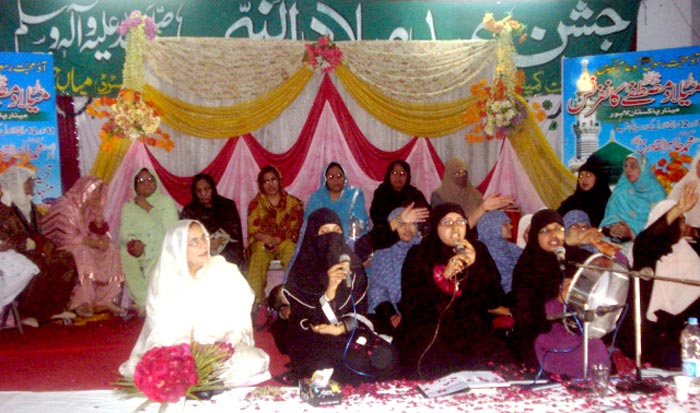 The Minhaj Women League launched its countrywide Milad Campaign on 1st February, 2011 under the title “The Prophet of Mercy and Clemency”. The campaign has been launched to achieve the objectives of instilling in the hearts of the people the ardent love for the Holy Prophet (blessings and peace be upon him) as the Prophet of mercy and clemency, make them turn towards the threshold of the Beloved Messenger of Allah for affinity, benevolence and guidance and promote the thought and idiosyncrasy of Shaykh-ul-Islam Dr Muhammad Tahir-ul-Qadri in regard to the Prophetic love. 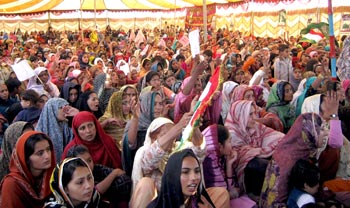 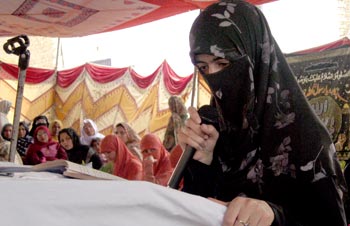 All the local chapters of the MWL all over the country have extensively participated in the Campaign and held Milad programmes everywhere at UC and Unit levels. The Campaign is still on and will last for another couple of weeks. The members of the central MWL team led by Secretary General Miss Sumaira Rafaqat Advocate would visit various Tehsil chapters to participate in their Milad Assemblies and deliver talks on the given topics. The following members of the team and Mualimat have participated and are visiting various Tehsil chapters according the plan. 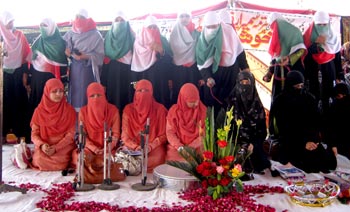 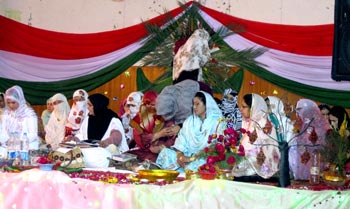 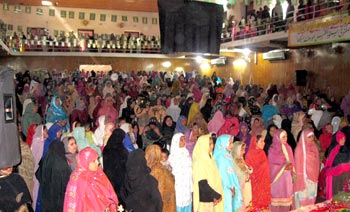 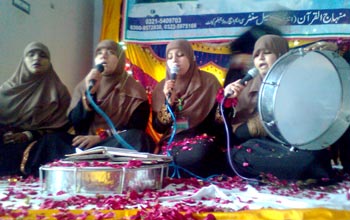 The staff members of the central MWL team participated in the programmes of the following Tehsil chapters:

In addition to these tehsil chapters, all the Tanzeemt of Minhaj-ul-Quran Women League ll over the country celebrated Mawlid-un-Nabi in the befitting manner and spread Shaykh-ul-Islam’s message of Prophetic love among the masses through their Milad rogrammes. 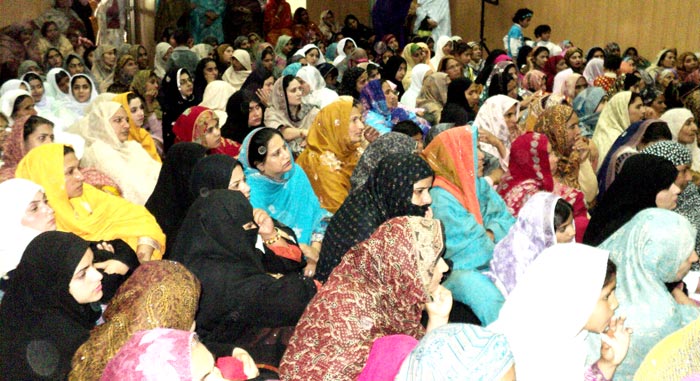 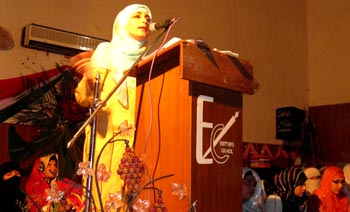 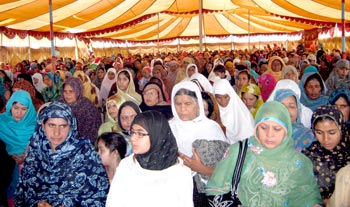 Hundreds of thousands of women participated in these programmes and benefitted spiritual benevolence of the Beloved Messenger of Allah. Apart from womenfolk in general, a large number of doctors, engineers, professors, school and college principals, teachers, representatives of NGOs and influential ladies of the society participated in these programmes. Their attention was drawn towards the significance of the Prophetic Seerah in making our lives a success and the importance of the Mawlid programmes in inculcating ardent love for the Holy Prophet (blessings and peace be upon him). All the speakers specially laid emphasis on promoting social and moral values like tolerance, moderation, forbearance, open mindedness, religious moderation and harmony and human dignity that ensure and lead us to lasting peace, love and brotherhood in human societies. 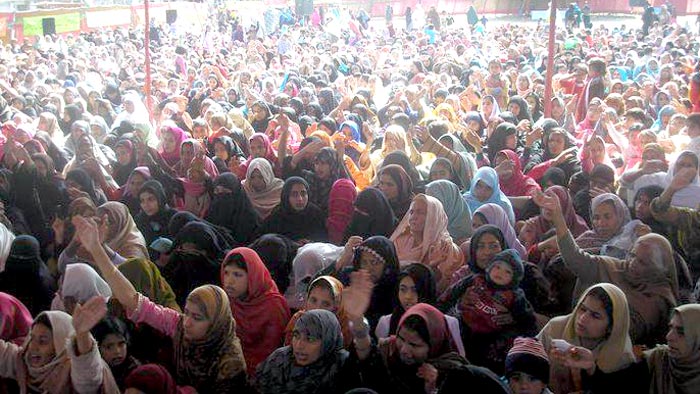 The speakers highlighted the historic role Shaykh-ul-Islam has played in promoting the Prophetic love all over the world, creating a Milad and Naat culture and bringing to fore the true face of Islam, denouncing radicalism, extremism and terrorism. His thought and ideas were imparted to the audience in effective manner and more and more people were inspired to understand the message and join the Minhaj-ul-Quran International. They were formally invited to acquire membership of MQI and join in the struggle for the love and peace ideals of MQI leadership.

The stalls for the books and DVDs of Shaykh-ul-Islam Dr Muhammad Tahir-ul-Qadri were also set up in all these programmes and the honorable guests were presented with gift packs containing the latest books and DVDs.

This is heartening to note that MWL achieved encouraging results through these programmes in regard to setting up new MQI tanzeems, reorganizing various chapters, mobilizing and activating the latent resources, promoting members and affiliates, setting up Halqajat Durood and Irfan-ul-Quran.

The last phase of the Milad Campaign is still on, and the follow-up process continues to materialize the achievements.