A cleric suddenly emerged on Pakistan’s political landscape recently and vowed to throw away what he says is an electoral dictatorship. Dr. Tahirul Qadri’s long march started Sunday from Punjab’s major city, Lahore, towards the Pakistani capital, Islamabad, a move feared to delay elections this spring.

Just a month back, Qadri was busy with the functions and activities of his Islamic charity in Canada. He was apparently disconnected from the pre-election politics taking place in Pakistan. Some weeks ago, he returned to his native country to pilot a movement for electoral reforms, securing for himself an immediate celebrity status.

Qadri’s sudden and powerful appearance on Pakistan’s political stage has sent a stab of uneasiness across the country’s ruling class and prompted panic of danger at a rally in Islamabad on Monday.

Meanwhile, Qadri’s long march, attended by a number of party workers and supporters, has reportedly stopped over at Lalamusa in Pakistan’s Punjab province en route to Islamabad. Trucks, loaded with camps, gas and food items, are accompanying the caravan.

Spokesperson of Qadri’s party, the Tehrik-i-Minhajul Quran (TMQ), told the media that around 2,000 people had reached Lahore to participate in the rally. Qadri’s followers said that the rally will augment to millions as more people join Qadri on his march towards Islamabad.

Qadri has vowed to erect camps in Islamabad and stay there along with his caravan until the Pakistani government meets his demands.

The cleric is being criticized by the democratic forces of Pakistan as working on directions of the country’s powerful military and the spy agency, the Inter-Services Intelligence (ISI). Critics accuse Qadri of attempting to derail democracy just as the present government is set to complete its tenure and elections are set to take place in spring.

“Our agenda is just democratic electoral reforms,” Qadri told Reuters in the eastern city of Lahore, the headquarters of his Minhaj-ul-Quran religious foundation. “We don’t want the law-breakers to become our lawmakers.” 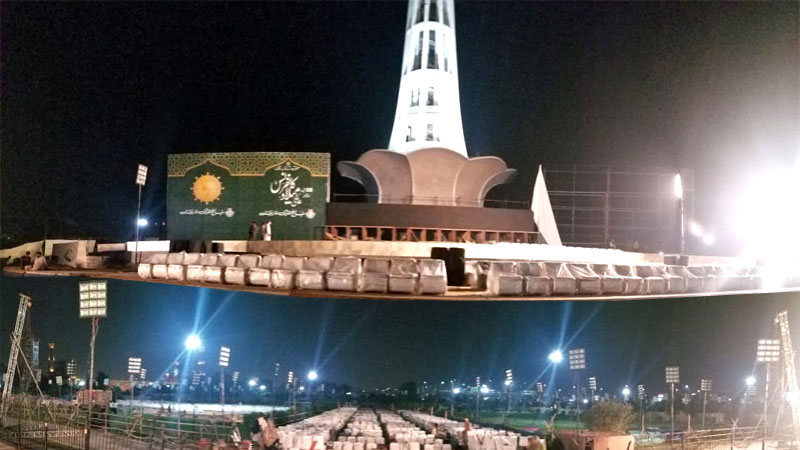