LAHORE: Announcing to stage sit-ins across Pakistan on May 11, the chief of Tehreek Minhaj-ul-Quran, Allam Tahirul Qadri, late Monday night said Election 2013 would neither change the system nor the faces, Geo News reported.

“The “champions of change” would be hanging their heads in regret over the treachery they will be dealt with at the end of the day as the polls-to-come are neither free nor transparent”, said he talking to media here at the Allama Iqbal International Airport upon his return from London.

He said Tehrik-e-Minhajul Quran would not become a part of this corrupt system.

“I have not left the nation in lurch. That’s why I’m here”, said he.

To a question he said Tehrik-e-Minhajul Quran’s sit-ins would be peaceful, yet powerful in all respect.

“The sit-ins will in fact be our vote against the system. We mean no harm to the vote. Our rallies would keep a safe distance from the polling stations. We only want to protest against the system”, said Qadri.

“Mark my words, full scale horse trading will come into play in the name of alliances to form the next government. What a government that is a manifestation of corruption will be like”, said Qadri.

He said the after the people of Pakistan had seen with their own eyes the horrible end of the decadent political system in place, only then he would unleash his system for them to see the difference.

“The corrupt Election Commission of Pakistan gave every corrupt candidate a clean slate presenting them as immaculate”, alleged he.

He said one day every word he had uttered would come true.

"It would be the worst elections held thus far in Pakistan," he added.

He said the elections were being doctored in such a way that not even a change of faces would be seen, let alone a change in system. 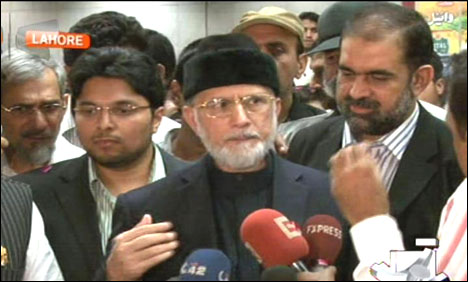 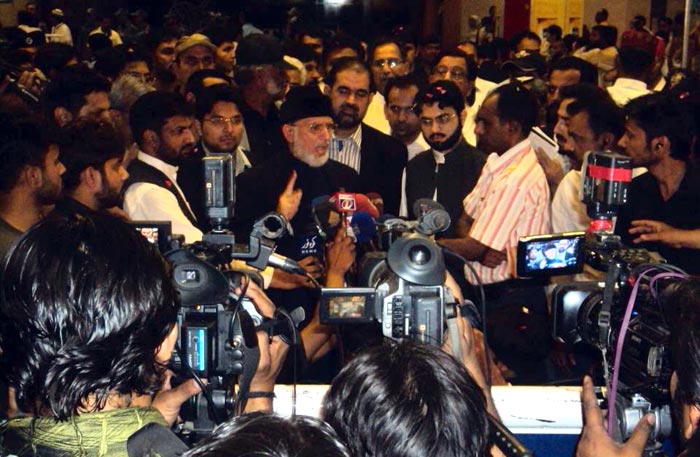