Some provisions of PEMRA code of conduct repugnant to right to freedom of expression: PAT Secretary Information 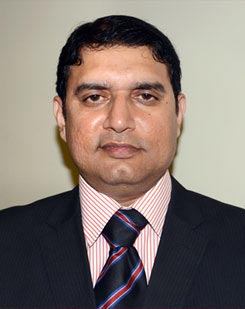 PAT central Secretary Information M. Noorullah Siddiqi has said that some provisions of the code of conduct issued by PEMRA for the electronic media are repugnant to the constitutional right to freedom of expression. He said that the government can abuse this code of conduct in order to stop itself from being subjected to criticism, adding that it is still not able to stomach the independence of media. He said that the code of conduct which has been designed without consultation of the stakeholders is impractical and will prove to be an exercise in futility.

The PAT Secretary Information said that the only success of Pakistan over the last decade has been the freedom of media, which has impacted very positively on the democratic attitudes and served as a check on the unrestrained powers of the executive. He asked whether those who killed 14 people and injured around 100 of them are called killers and this step of theirs as an act of terrorism, will this also fall within the ambit of code of conduct? He said that the government wants to restrain the people-friendly role of media but added in the same breath that the freedom of expression cannot be comprised due to the executive’s high-handed step.

Without naming names, M. Nooruallah Siddiqi said that some of the journalists have been exposing the anti-humanity elements who indulge in manufacturing and selling fake drugs and adulterated food, asking will such channels and journalists also be taken to task for revealing truth? He said that the PAT does not support unrestrained freedom but if the government uses the code of conduct for its political purposes, it will entail more damage.