Farmers being pushed against the wall: PAT Youth Wing President 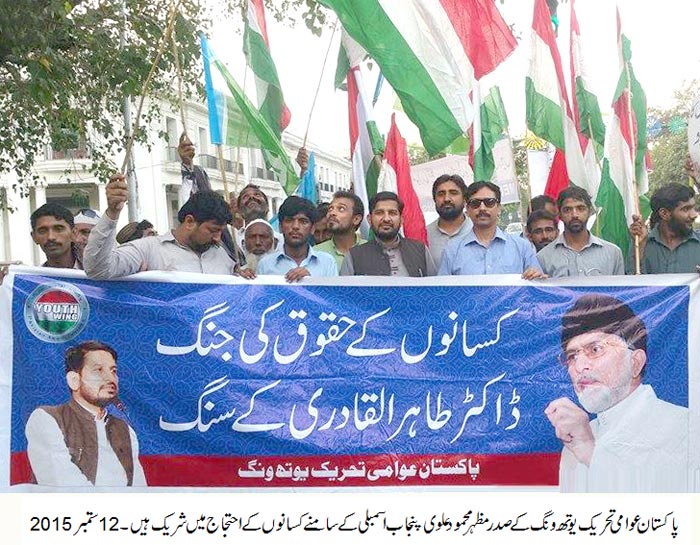 PAT Youth Wing President Mazhar Alvi has said that the present rulers are the biggest enemies of farmers. He said that oppressive, corruption system installs the feudal lords, big businessmen and industrialists in the corridors of power and these are the small farmers who get affected the most by the narrow-minded agricultural policies. He said that the whole of Dr Tahir-ul-Qadri’s struggle is for the rights of the downtrodden sections of society including the farmers and labourers.

Mazhar Alvi expressed these views while addressing a sit-in of the Kisan Ittehad in front of the Punjab Assembly. He said that the PAT Youth Wing stands by the farmers in their struggle to get their rights. He said that when farmers will get inputs such as electricity, fuel at high prices, how will they be able to sell off their produce at the cheap rates? He said that the rulers want to push the farmers against the wall through their ineffective policies, a situation which can lead to wheat crisis in the country.