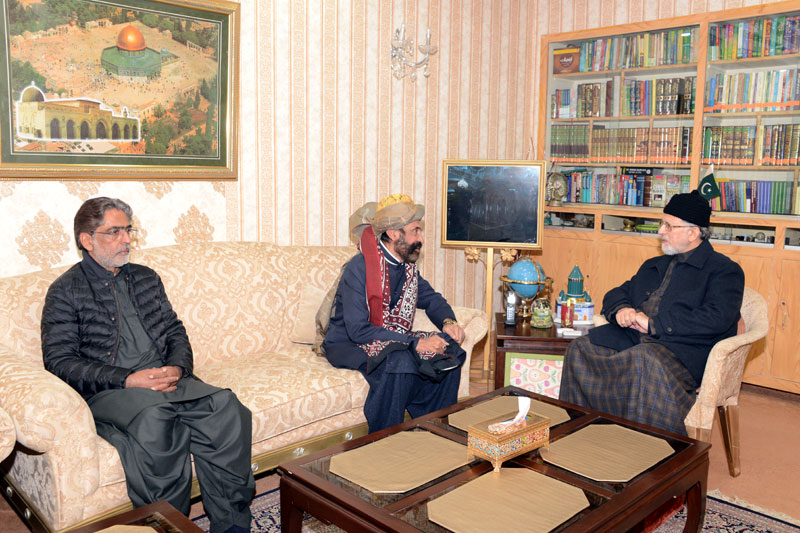 PAT Chairman Dr Muhammad Tahir-ul-Qadri has asked Nawaz Sharif to tell under which garb he planned the Model Town tragedy and rained bullets on 100 defenceless people and under which garb he is running a campaign to defame the security establishment and the apex judiciary. He said that the enemies of Pakistan and the disqualified former premier are speaking the same language today.

Speaking on the occasion, Khawaja Attaullah Taunsvi said that Model Town tragedy is not a political but humanitarian issue. He said that be delivering justice, the state has to prove that it is free from bias and influence of any kind and that every citizen is equal in the eyes of law.

The PAT Chairman thanked Khawaja Attaullah Taunsvi for his support and said that it has been a tradition of the shrines in the sub-continent and the Mashaykh that they opposed oppression of every kind and always stood by the oppressed and thus upheld the banner of truth in every age.

Dr Qadri said that Nawaz Sharif is not just killer of innocent people but a known and proven corrupt and the one who brought about changes in the text of law regarding the finality of the prophethood. He said that the disgraced former prime minister. He said that he approved changes in the law at the behest of the foreign powers with an express aim to get his disqualification reversed which the people of Pakistan foiled. He said that he has yet to be punished for this crime.

Dr Tahir-ul-Qadri said that the Supreme Court lifted one curtain and it resulted in exposing the mountain of wealth of one family, adding that a number of curtains are still left to be lifted. He said that he is of the considered view that corruption of Nawaz Sharif that has come to the fore is just tip of the iceberg.