With the grace of Allah Almighty, our 93 workers have been given bail grants today upon which I would like to acknowledge the steadfastness of the victim families whose resolve remained unshaken and would appreciate the efforts of our legal team upon this great achievement.

MQI leader Dr Muhammad Tahir-ul-Qadri has expressed his gratitude to Allah Almighty on the acceptance of the bail of 93 inmates of the PAT. He said he is very happy to learn that the Lahore High Court has accepted the bail of the innocent workers who were booked on false charges. He said we now await the verdict of them being declared innocent. He said these workers were protesting the oppression perpetrated by the Sharif government in Model Town and the false cases of terrorism were registered against them.

Dr Tahir-ul-Qadri congratulated the incarcerated workers on the acceptance of their bails. He said the workers braved the hardships and rigours of imprisonment with courage and bravery. They faced the oppression perpetrated by the elite but did not submit to tyranny. He also appreciated the patience of the families of the detained workers, stating they lived through the testing time with utmost forbearance.

Dr Qadri said our workers faced the difficulties with their heads held high and smiling faces, stating that such workers are role models for other political parties. He said when he was informed that the bail application would be heard by the Lahore High Court on July 6, he could not sleep throughout the night. He said he spent his night praying to Allah, stating that it is Allah's infinite mercy and blessings that the workers' bail was granted.

Dr Tahir-ul-Qadri lauded the efforts of the PAT legal team that comprises senior lawyer Makhdoom Majeed Hussain Shah, Mahram Ali Bali Advocate, Naeem-ud-Din Chaudhry Advocate, and Shakeel Mamka Advocate and congratulated them for exhibiting their excellent professional skills in the court of law. He said the legal team worked hard and pleaded the case with dedication under the leadership of Makhdoom Syed Majeed Hussain Shah Advocate.

Dr Qadri further said that the impartial investigation into the Model Town tragedy would lead to the culprits being held to account for their crimes and meet their fate under the law. 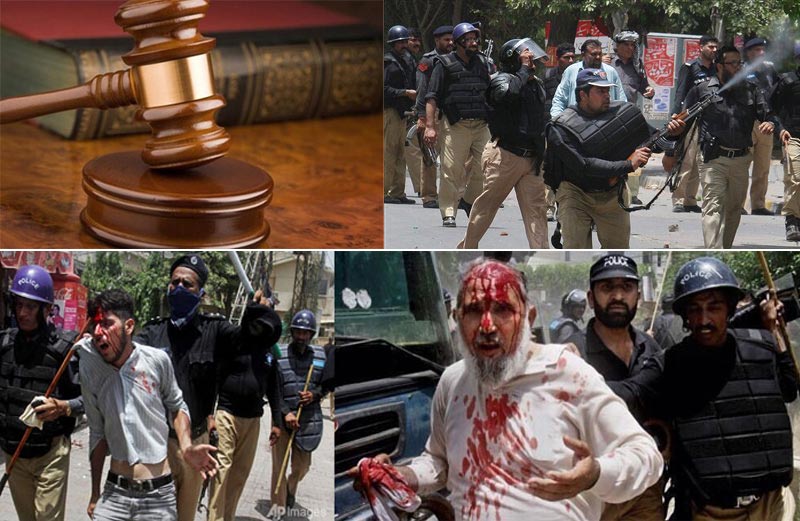