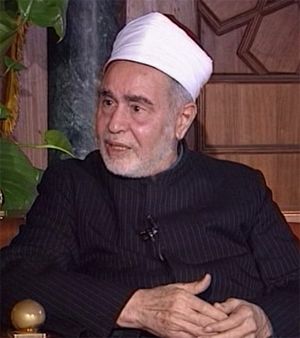 The founder of the Minhaj-ul-Quran International, Shaykh-ul-Islam Dr Muhammad Tahir-ul-Qadri has expressed his deep condolence and grief upon the sad news of the death of Shaykh al Azhar Ash-Shaykh Muhammad Sayyid Tantawi. Shaykh-ul-Islam Dr Tahir-ul-Qadri sent his condolences to Jamia Al-Azhar, to the Egyptian Government and its people and to other religious scholars. He said that Shaykh Tantawi was a great scholar and an asset of Muslim Ummah and Humanity. His services will be remembered for long-time.

Shaykh Tantawi was the Grand Imam of the al-Azhar Mosque and Head of the al-Azhar University. He was 81 years old, died of a heart attack in the Saudi capital Riyadh, where he was attending a prize-giving ceremony.