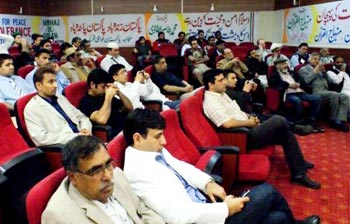 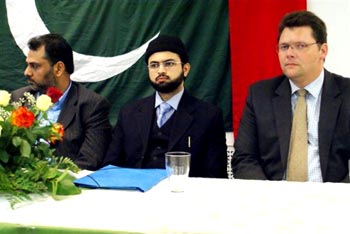 MQI Austria, under the inspiring leadership of His Excellency Shaykh-ul-Islam Dr. Muhammad Tahir-ul-Qadri, is striving for promotion of peace, harmony, interfaith dialogue and human welfare around the globe. May 29, 2010 was an extremely joyful day for all members and lovers of MQI because the beloved son of H. E. Shaykh-ul-Islam, Sahibzada Hassan Mohi-ud-Din Qadri, was on his visit to Austria for the first time. 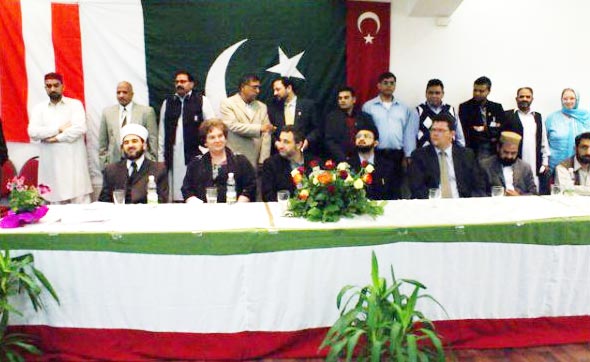 On May 29, 2010 at 11am, a large group of MQI Rufaqa & designatories led by MQI President Khawaja M. Nasim, had gathered on Vienna International Airport to welcome their beloved leader Shaykh Hassan Mohi-ud-din Qadri. As Sahibzada sahib arrived along with Deputy Secretary General Sheikh Zahid Fayyaz, Khawaja M. Nasim introduced all the MQI members to Sahibzada sahib who met everybody with sweet smiling face. All, then, headed towards the residence of Khawaja M. Nasim where a brunch was arranged for the honourable guests. 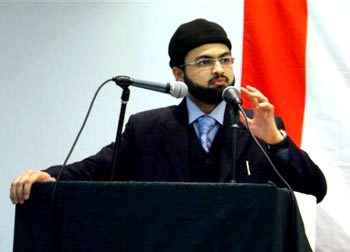 A grand conference with thoughtful theme “Search for peace” in a beautiful “Wonder Hall” was organized on the same day i. e. 29th of May, 2010, A large number of Pakistanis, Austrian and Turk communities were present to listen to the young scholar. 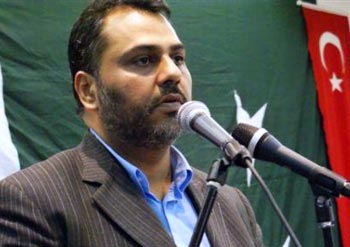 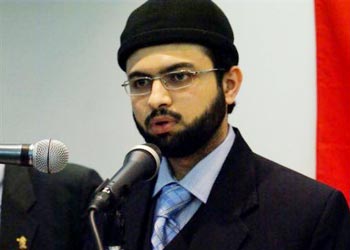 Sheikh Zahid Fayyaz, being Deputy Secretary General of MQI, addressed the conference and informed them about the noble work of MQI which has its branches wide spread in Pakistan but also in more than 90 countries on the globe. He congratulated MQI Austria on organizing such a great event.

Sahibzada Shaykh Hassan Mohi-ud-Din Qadri addressed the conference in both English and Urdu languages and explained the true meaning of Islam and Imaan (faith), which are Peace, Security, Mercy and safety. Referring to several narrations of Holy Prophet Muhammad (Peace be upon Him), Sahibzada Hassan Mohi-ud-Din Qadri emphasized the fact that a Muslim can never be a terrorist and a terrorist can never be regarded as a Muslim. Allah Almighty loves peace, harmony and has also given the name “House of Peace” to paradise. The Prophet of Islam (PBUH) is a Prophet of Mercy for all the worlds and a Muslim should also be a provider of peace, love and mercy. Referring to recent FATWA of Shaykh-ul-Islam Dr Muhammad Tahir-ul-Qadri, Sahibzada Hassan Mohi-ud-Din Qadri highlighted the prominent features of this historical verdict. 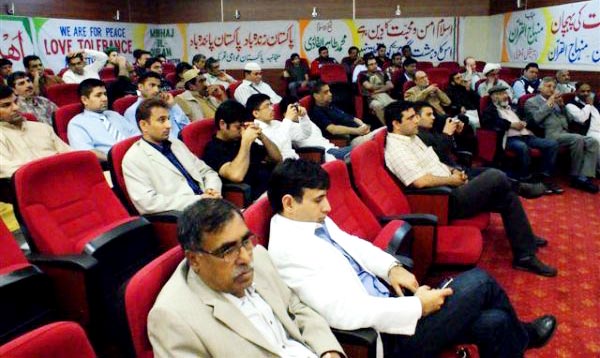 The speech of Sahibzada Hassan Mohi-ud-Din Qadri was highly appreciated by Austrian scholars and community members. The slogans of Takbir & Risalat were chanted by the gathering during the course of his speech. 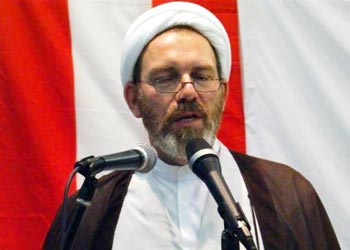 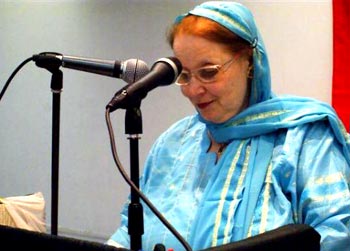 After that, Khawaja M. Nasim was invited again on microphone in order to express his thanks to all guests, press, media, and other organizations that co-operated in making this conference a success. He also introduced new organizational body for MQI Austria to the audience. At the end, Shaykh Sa’ad Al-Azam led the prayer. The people rushed to shake hands with Sahibzada Hassan Mohi-ud-Din Qadri. He responded to these gestures and mixed with the participants and exchanged views with them. He also answered some important questions from the multicultural audience. Later on, he was conducted to his residence. 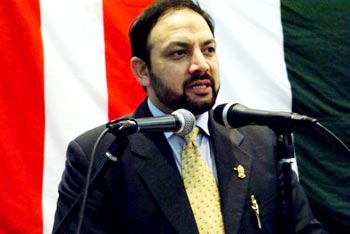 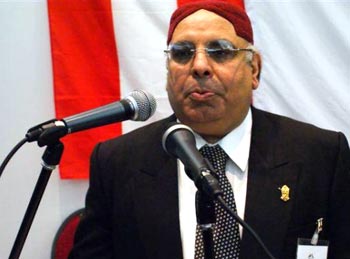 After Maghrib prayer, Sahibzada Shaykh Hassan Mohi-ud-Din Qadri and Sheikh Zahid Fayyaz were conducted again to Khawaja House where a ceremonious Dinner was arranged in the honour of guests. An Austrian lady embraced Islam at the hand of Sahibzada Sahib and was given the Islamic name “Saffiya”. 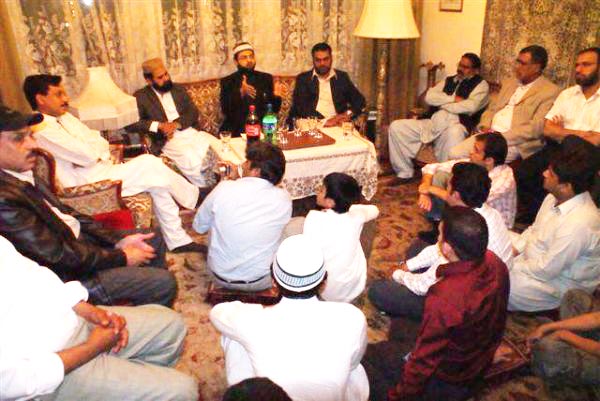 Then Sahibzada Hassan Mohi-ud-Din Qadri addressed the MQI’s associates & workers. He explained the relationship between a worker and a leader (Shaykh) in the light of the Holy Quran & Sunnah and teachings of Auliya. He insisted on the importance of deep love & respect for Shaykh & leader by following his instructions and sincerity for the cause of Minhaj-ul-Quran International. He also gave detailed answers to different questions from the gathering. At the end, he specially appreciated Mr. Khawaja M. Nasim and his family for the hospitality, and contribution in organizing the peace conference, and dinner. This session ended up with dua of Sahibzada sahib. 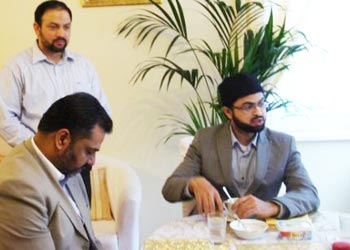 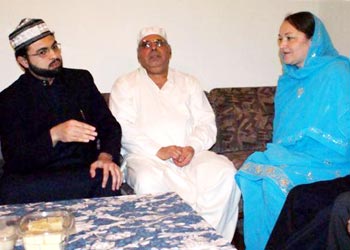 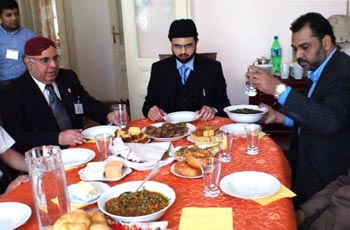 This first visit of Sahibzada Hassan Mohi-ud-Din Qadri to Vienna was indeed very successful. It left a deep and positive impact of Islam and Minhaj-ul-Quran International on the minds & hearts of Pakistanis as well as Austrian communities. Sahibzada Sahib’s all activities were reported online on the websites of international newspapers as well as by local TV channel. It also infused a new passion in MQI Austria’s workers and hopefully this sentiment will lead MQI Austria towards the noble destination of global peace and revival of Islam. 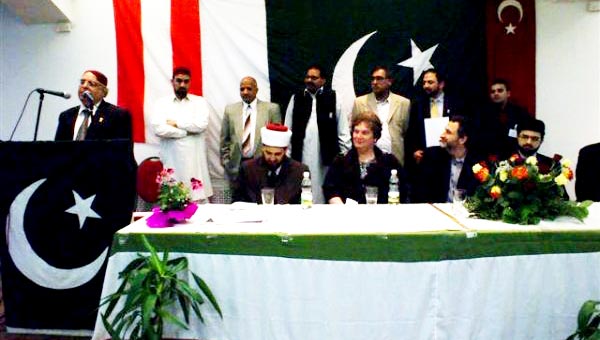 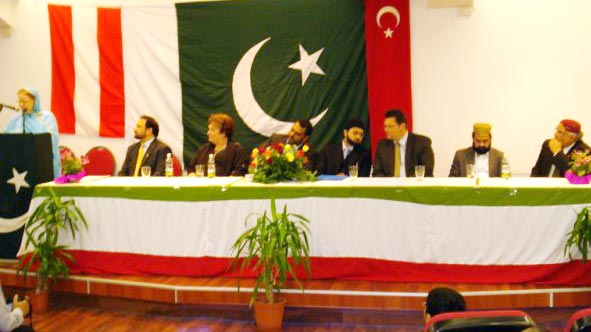