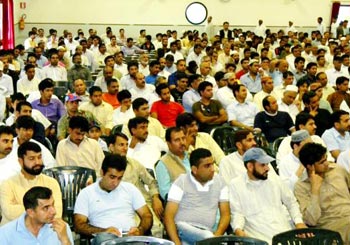 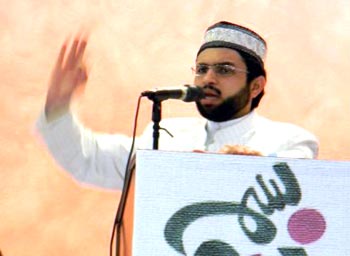 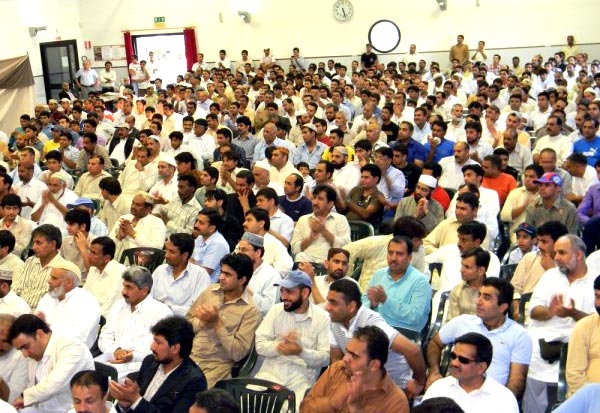 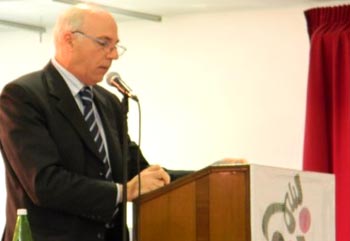 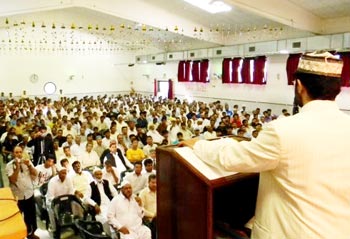 The formal proceedings of the Conference got under way with the Quranic recitation followed by Naat. Chaudhry Iqbal Warriach was the moderator of the programme.

Hafiz Iqbal Azam (Director of Minhaj Welfare Foundation) also spoke in the Conference before the keynote speech of the chair. 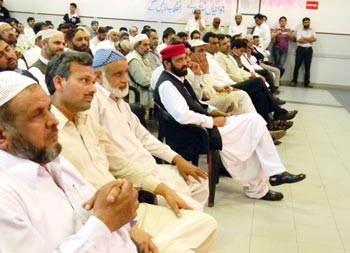 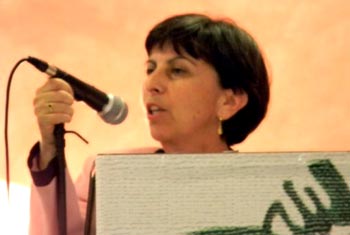 Sahibzada Hassan Mohi-ud-Din Qadri, president of Supreme Council of MQI, in his English speech said that Islam is a peaceful religion and terrorism does not have even an iota of association with Islam in any manner. He said that the essential message of Islam is peace, harmony, and love. He said that a handful of extremists cannot succeed in causing a clash of civilizations. However, he added that there is an equal amount of need to highlight the shared teachings of every religion so that those exploiting presumed differences of religions should be singled out and their designs frustrated. 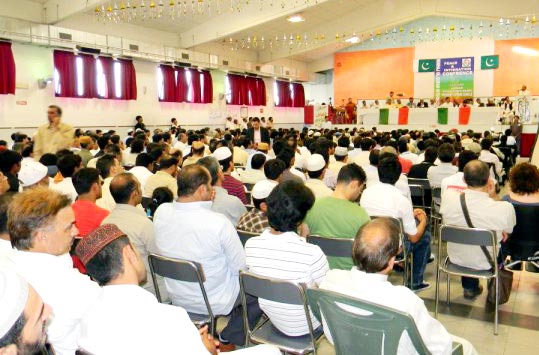 Sahibzada Hassan Mohi-ud-Din Qadri also delivered a speech in Urdu for the Pakistani community and highlighted the services of MQI under the leadership of Minhaj-ul-Quran International for the cause of peace, interfaith dialogue and harmony in the world. He also answered questions of the audience.

Zaheer Anjum, Secretary General of MQI South Italy, thanked all guests for their time and participation. He also congratulated the office holders of MQI who made strenuous efforts to make Conference a success.