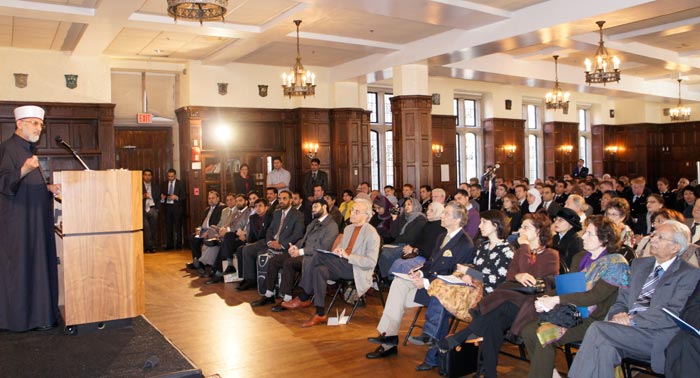 Prof John Esposito introduced Shaykh-ul-Islam Dr Muhammad Tahir-ul-Qadri and invited him to speak to an audience which included US-government officials, cadets from US Army, Navy and Air Force as well as academicians, policy makers and representatives of various organisations and agencies. Former Director of Operations of World Bank, Mr Ziad Alahdad was also present.

He said that Jihad guarantees the establishment of global peace and social welfare-oriented nations. He declared that Jihadi groups have misinterpreted the concept of jihad. Shaykh-ul-Islam clarified that “the literal meaning of jihad is exertion, struggling, striving, and putting extreme efforts according to extreme abilities, to counter evil, to achieve good for sake of Allah.” 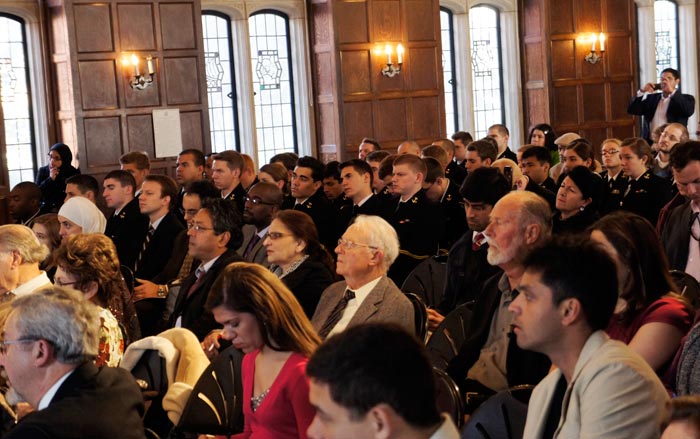 Furthermore Shaykh-ul-Islam spoke about the ideology of terrorists which is the continuity of Khawarij (Kharajites) and they are not Muslims. It was the first group that attacked the fourth Caliph Hazrat Ali (RA), and founded the tradition of killing and violence under the excuse of establishing the Qur’anic rule. He elaborated various signs provided in various Hadith reports about the outlook of Khawarij. 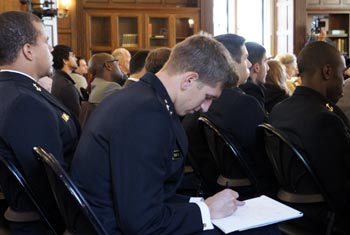 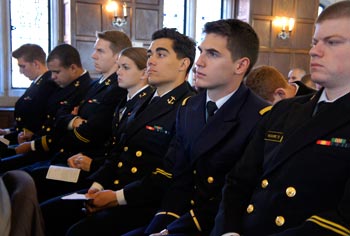 The radicals have misguided the younger generation by declaring the Western and some Muslim nations as dar al-harb. Shaykh-ul-Islam Dr Muhammad Tahir-ul-Qadri rejected that view and introduced an alternative.

The category is the Muslim-majority countries with Muslim rulers and these are considered part of dar al-Islam (Abode of Peace), which is based on providing peace and security and freedom of religion to the people. He emphasized that majority of countries are dar al-Ahd (Abode of permanent peace treaty) which includes all the countries which are part of the UNO which introduced the international treaty of peace. 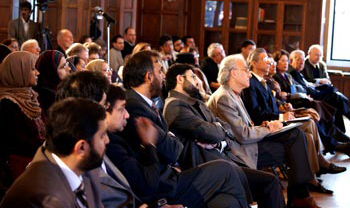 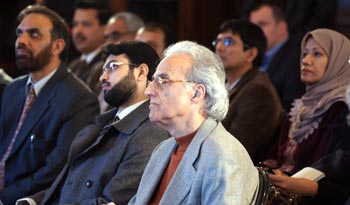 The category of dar al-harb (Abode of war) only applies to states with no peace treaties and which are currently in direct war with Muslim-majority states and/or where Muslims are unsafe in that country. However, in Islam even in warfare there are strict rules of conduct to follow. The Muslim army during warfare cannot even target or harm non-combatants, children, old men or women. In the light of manifest Islamic injunctions, terrorism has absolutely no place what so ever.

Shaykh-ul-Islam’s speech left no doubt on any point he made. He entertained various questions in the Q&A session which clarified many concepts. In the end Prof John Esposito thanked Shaykh-ul-Islam Dr Muhammad Tahir-ul-Qadri for speaking in Washington and was very pleased with the lecture.