Although Minhaj-ul-Quran Centre Austria has recently been established and its construction & decoration work is still going on, yet the spiritual & religious activities such as Salat-ut-Traveeh, Iftari and Eid-ul-Fitr Celebration etc., are being organized from the very beginning. A few weeks back Eid-ul-Adha was warmly celebrated at Minhaj Centre for which a senior scholar of Minhaj University Allama Syed M.Naeem Shah from Denmark paid a special visit to Austria. 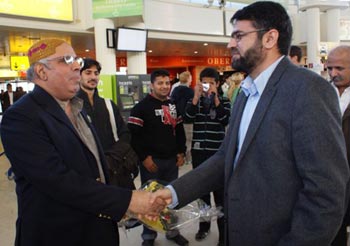 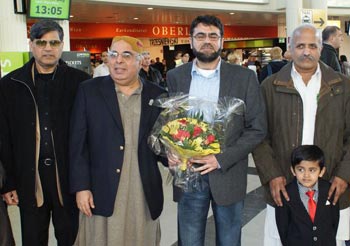 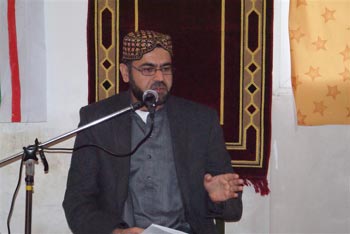 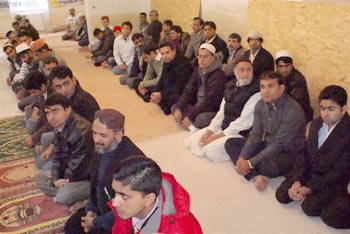 On the same evening, Allama Syed Naeem Shah sahib attended the weekly Mehfil-e-Zikr-o-Na’at and after recitation of Quran and Na’at khawani, he spoke on “Love for Holy Prophet (Salallahu Alaihi Wasallam) & Iman”. A ceremonial dinner was also served at the end of the program.Next evening Allama sahib again had a Q&A session with members of MQI Austria and enlightened the audience about Islam. 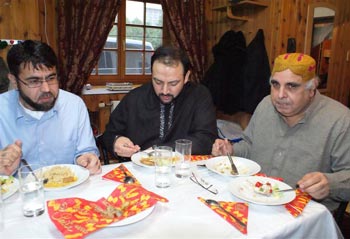 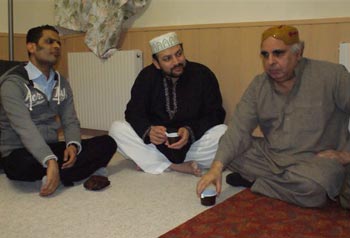 Next day, on November 16, Eid-ul-Adha was celebrated in Austria. The Minhaj Centre was beautifully decorated with banners and slogans. Allama Syed Naeem Shah delivered his Urdu speech on Significance of Qurbani in Islam and explained the reward of Qurbani. Then he led the Eid-ul-Adha prayer. Minhaj Centre was full of Pakistani & Turkish community. After the prayers were offered, sweet dish “Sawayyan” was served to all Muslims. Khawaja Nasim invited the Pakistani community to the Eid Dinner. A large number of Muslims turned up to join the Eid feast where Biryani was cooked. Well known scholar Allama Hafiz Abdul Hafeez Al-Azhari alongwith members of Noor Islamic Centre were specially invited to Eid Dinner. This ceremony was started with Tilawat & Na’at of Brother Siyab Ahmad whereas Allama Abdul Hafiz Al-Azhari recited Khatam Sharif. A special dua for the whole Muslim Ummah was made and later Biryani Eid Dinner was served to all attendants. 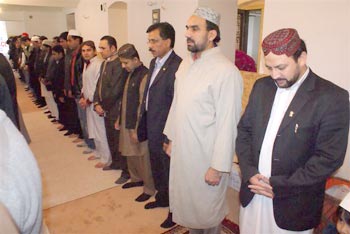 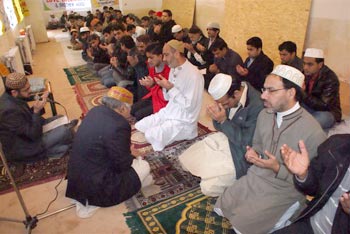