(Sunday 24th April 2011): The recently re-structured NEC (National Executive Council) of MQI UK has commenced its tour of UK. Starting with Scotland, the NEC will be touring around the entire UK meeting the voluntary workers of centers and branches of MQI UK. The NEC delegation led by President MQI, (NEC UK) Shaykh Muhammad Afzal Saeedi started the Scotland leg of the tour by visiting Minhaj-ul-Quran International Glasgow. 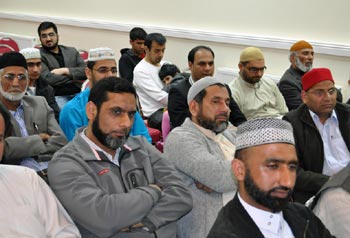 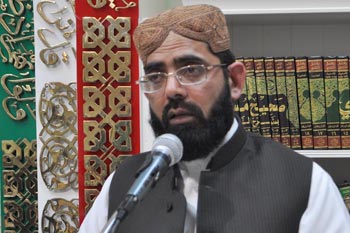 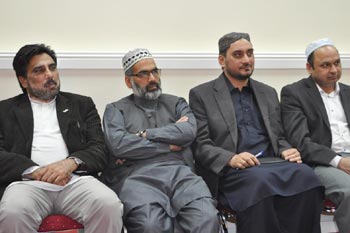 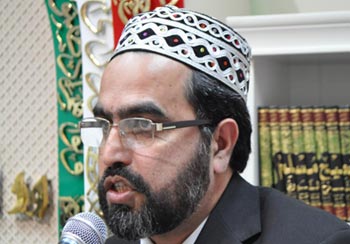 He appreciated the efforts of all forums for their contributions in making the Qaid Day 2011 a great success and organizing grand ‘Mawlid-un-Nabi (S.A.W) conference. President NEC stressed that we, as organizational units, are one family and there should not be any notion of ‘us and them’ in the working of the units within the organization. He went on to reiterate that we are members of one family and that the current NEC Executive will eliminate any notion of ‘them and us’. “Regardless of whichever forum you may belong to, our aim is one and that is the promotion of peace, interfaith harmony and dialogue in the world,” he said. “We refer to MQI and this includes MQI NEC UK, BCIG, MWF, MYL, MWL, Al-Hidayah and local centers. We all have to be united under one flag and that is the flag of MQI under the leadership of His Eminence Shaykh-ul-Islam Dr Muhammad Tahir-ul-Qadri. The leader can't achieve the goals of the organization alone; and workers can't achieve the goals of the organization on their own. They both need to work together. In order for MQI to flourish and shine, everyone needs to work harder and follow our Qaid’s teachings.”The motivational talk was followed by question and answers. Furthermore, Shaykh Muhammad Shahid Babar welcomed the guests and delivered his address to the congregation. 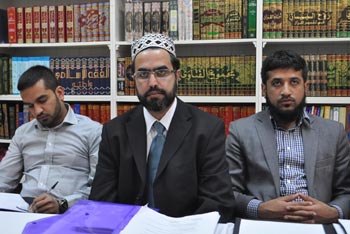 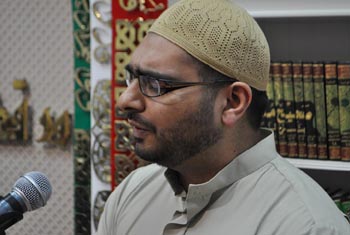 MWF Project Manager, Adnan Sohail, had interaction session with MQI Members about their knowledge of Minhaj Welfare Foundation and its aims and objectives. Seerat Ali Khan, Secretary Welfare, MQI NEC UK, gave a motivational briefing about MWF's work in Pakistan and other countries. He requested members to support Minhaj Welfare Foundation to maximize donations in 2011. He informed the audience that they have been given target by MWF to increase the donation by 25-50% in 2011, than what they achieved in 2011. 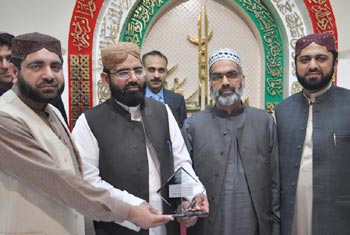 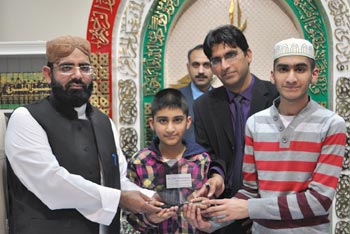 Shaykh Rehan Ahmed Raza, Head of Training and Development- MYL-UK, gave a detailed briefing on MYL projects, including Books translation, subtitling, online courses, Fatwa events and many other activities. Tahir Mohammed, Secretary General MQI NEC UK, gave a briefing about the purpose and importance of re-organization within our local committees. He gave briefing on the re-organization process and how to complete the re-organization documentation. The NEC panel which was led by Shaykh Muhammad Afzal Saeedi went through the re-organization process. Thereafter, the new structure for MQI Glasgow was announced by Tahir Mohammed. At the end of the programme MQI Glasgow presented awards to Tahir Mohammed for his contributions from Scotland for MQI UK. Additionally, they presented an award to Haji Abdul Wahid for their contribution to MQI Glasgow. Before supplication, Shaykh Muhammad Shahid Babar thanked MQI NEC UK delegation on behalf of Minhaj-ul-Quran International (Glasgow) and its Members. The programme was concluded by supplication which was led by Shaykh Muhammad Rafiq Habib, General Secretary BCIG.