On Saturday 16th July 2011, MQI Bradford celebrated the night of Shab-e-Baraat in which approximately 300 people participated. It commenced with the recitation of the Holy Qur’an by Hafiz Muddassir Raja and followed by a few nasheeds by Muhammad Huzaifa Al- Yamani, Muhammad Ijaz Qadri and Awais Hussain. 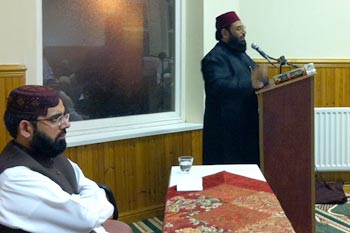 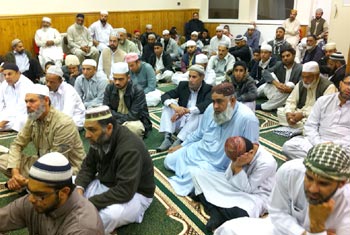 The special speech was delivered by Ash-Shaykh Hafiz Muhammad Abdul Saeed. He told the audience about the importance of Shab-e-Baraat. He also told the audience that Almighty Allah said that; “We didn’t create jinns and humans, except for the reason for you to worship Me”. He also pointed out that that everything Almighty Allah created was for the benefit of the human beings, but humans had to observe His rights, to worship and pray to Him. Allah conferred on humans the attribute of free will. A Muslim is a free human being. He can pray as he wills anywhere he wants i.e. at home, during travel and at work. 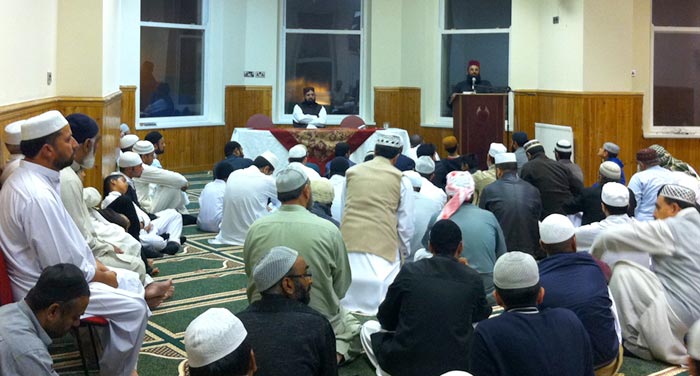 The main thing is that whatever righteous acts man does, he should do with the intention (niyyah) that what is being done is for the sake of Almighty Allah, to please our Creator. The Holy Prophet Muhammad (peace be upon him) said: “Whoever does Niyyat for the sake of Allah, then he will receive the reward of 70 martyrs”. We should always endeavour to follow the Sunnah (regular practice) of the Holy Prophet (PBUH).Shaykh Hafiz Muhammad Abdul Saeed also pointed out that whoever leaves something bad for the sake of Allah then he will also get swaab for that. The key point of the lecture was that if you ask for forgiveness then Almighty Allah will forgive all your sins and you will be as clean as a new born baby.The program concluded with a special dhikr and dua from Ash-shaykh Muhammad Afzal Saeedi.