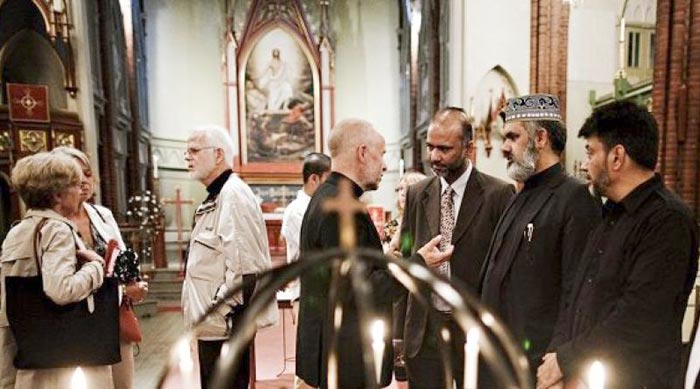 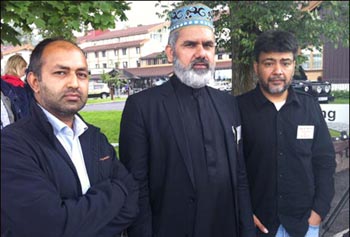 The delegation was led by Allama Noor Ahmad Noor, Ameer of Minhaj ul Quran International Drammen and General Secretary Faiz-e-Alam Qadri. A large number of people attended the session. Allama Noor Ahmad, while addressing, stated “This act of terrorism is extremely terrible and cowardly. We stand by the entire Norwegian nation in this hour of grief” He said, “I could not sleep for the whole night on Friday due to extreme distress and sadness.” Secretary General MQI Drammen, Faiz Alam Qadri also condemned this act of terrorism strongly and said that only an enemy of humanity could do such an act.

The members of MQI delegation visited the hotel where family members of the victims were present. Allama Noor Ahmad and Faiz Alam Qadri stayed with the bereaved families for 3 days. During their visit, the delegation also met with various government representatives including Norwegian Minister of Foreign Affairs Rigmor, Church Minister Matte Marit, Princess Hakkon, and the Prince of Norway Ghar.

On this occasion, office director of Norwegian Prime minister, the bereaved family members of the victims and government representatives thanked the MQI delegation for sharing their sorrow and staying with them. The Norwegian and other foreign media accorded special coverage to MQI delegation’s visit and appreciated the gesture of goodwill.