Minhaj Youth League (MYL) started its intensive course of the summer 2011, on Saturday, the 16th of July. It was a 15 hour course spread over three days. Shaykh Ramadan al-Qadri al-Azhari led the course titled “Muslim Youth in the Western world”, including multiple topics. The last session included some facts about MQI as a worldwide organization. delineating how a true member should work to achieve the objectives of the organization. 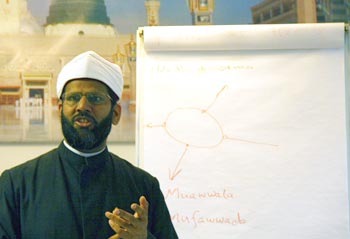 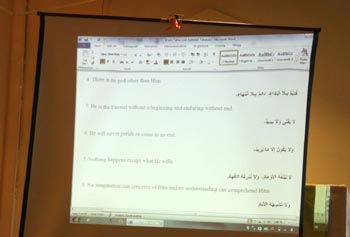 The intensive course was coordinated by brother Hamza Ansari, an MYL member and was conducted in Al- Azhari way, as this project was jointly run by MYL and World Association of Al-Azhar Graduates Pakistani Branch (WAAG). About 25-30 youths participated, which is a good sign for the future projects. All the participants are the paying members of MYL Norway.The 1st day started with the recitation of the Holy Quran by Hafiz Imran Ali. The session was then opened with some briefing, and the students were introduced to each other and to the teacher. It included a workshop, where groups of 5-6 persons discussed and reflected on elements that may help us seek proximity to the Prophet Muhammad (saw). The second session was on the topic: “The link between Ummah and The Prophet (saw)”. It was followed by a new session on the topic: “The Prophetic (saw) message of Mercy”. 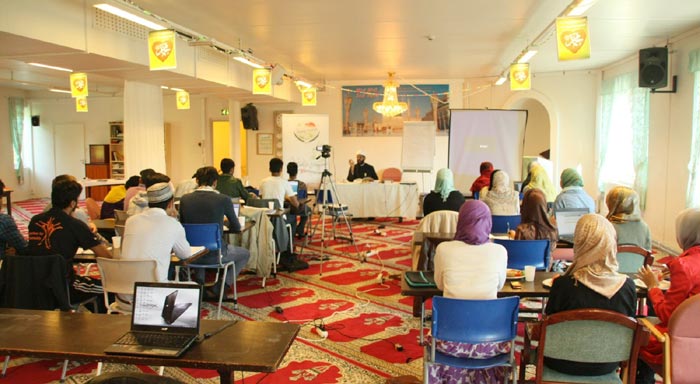 On the 2nd day, the recitation was made by Awais-ur-Rahman, and the main topic of the day was: “The science of Aqeedah, and the imams of Aqedah”. This session included the classical authorities of Islamic school of Aqeedah, including Imam Abul Mansoor al-Maturidi, Imam Abul HasanAsh’ari and Imam Abu Ja’far Tahawi. Shaykh-ul-Islam Dr. Muhammad Tahir-ul-Qadri’s work on Aqeedah and his book: "Al-khutba-us-sadidah”, which proves that Imaan revolves around the Prophet (saw), was also included in the aqeedah session. Shaykh concluded aqeedah session by stating: "correcting our aqeedah towards Prophet (saw) will correct our aqeedah towards Allah" The participants went through the imams’ lives, their work and their struggle for establishment of School of Theology and studied some differences of opinion between various schools. 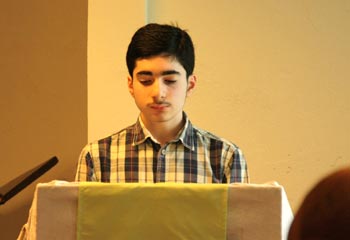 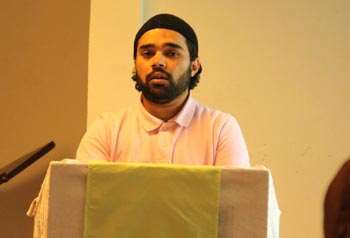 On the 3rd and the last day, the focus was on two points: (1) The Fatwa against Terrorism and Suicide Bombings by Shaykh-ul-Islam Dr. Muhammad Tahir-ul-Qadri and (2) The Achievements of Minhaj-ul-Qur’an and how the affiliates and associates of MQI should discharge their duties. This was followed by questions and answers. Before the course ended, the MYL executives distributed an evaluation form where a participant could give his opinion about the course. The response was overwhelmingly positive, as almost all of the participants opined to arrange a new course in the future on the same lines. At the end Director of MQI Oslo, Allama Sadaqat Ali and MYL President Atif Rauf presented a bouquet of roses and thanked Shaykh Ramadan al- Qadri for sharing some of his profitable knowledge with the participants. All participants of the course will be awarded a diploma in the beginning of September by the President of WAAG Pakistan branch and the President of Supreme Council Minhaj-ul-Qur’an International, Shaykh Hassan Mohi-ud-Din Qadri.