The 20th of July 2011 saw an interfaith event arranged by the Minhaj Peace and Integration Council (MPIC) which hosted The East London Three Faiths Forum at Minhaj-ul-Quran International London. MPIC regularly holds such gatherings to promote peace, integration and understanding between the different faith groups that make up the diverse culture of the UK. 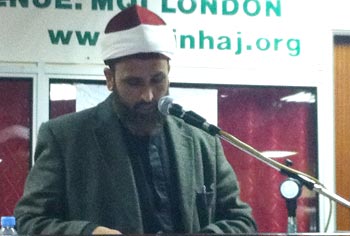 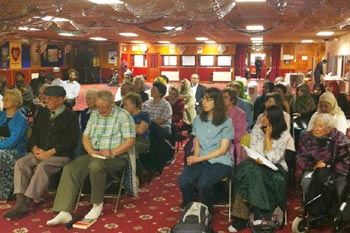 The Three Faiths Forum (3FF) is one of the UK’s leading interfaith organization and has been running for 14 years to encourage harmony and confront prejudice. Its work mainly involves discussing various community-related topics at places of worship belonging to the three major Abraham traditions, Islam, Christianity and Judaism with their representatives delivering short speeches. The subject of discussion for this particular meeting was “MONEY” and was attended by a large gathering made up of different faith backgrounds. The East London branch of the Three Faiths Forum covers the London boroughs of Barking, Newham, Redbridge and Waltham Forest. Stage secretary Rafiq Ahmad invited Ahmad Raza, a young student at the centre, to open the event with the recitation of the selected verses from the Holy Quran related to the topic of wealth. 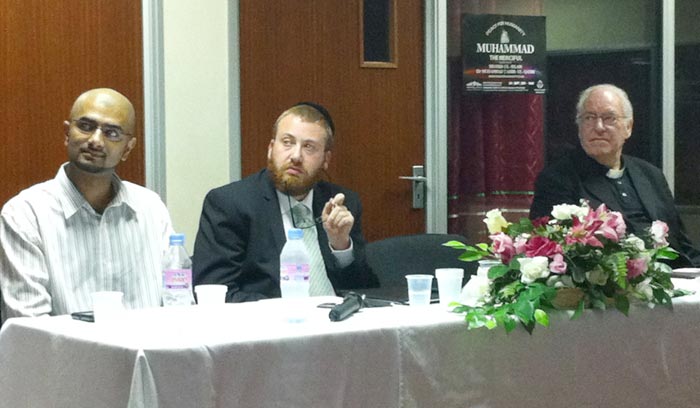 This was followed by an address by a member of the Catholic faith, Father Dennis Hall of St Antony’s (RC) Church in Forest Gate. He began his talk with the words, “This is a spiritual place “Minhaj-ul-Quran” showing that he personally felt solaced when visiting the centre. Father Dennis mentioned that according to Christianity, “Greed causes so much money” and that “Greedy people love money”. This was found to be common between the different faiths. He stated that according to Christianity, “Too much greed is equal to all justice gone” and that “Jealousy comes from greed and greed comes from money.” He concluded his talk with recourse to the Ten-Commandments by saying “One shouldn’t desire their neighbours' belongings.” The Rabbi Nissan Wilson of Clayhall Synagogue started his discourse with, “The very word (money) sounds dirty.” He said that, “Wealth is a challenge like poverty’’ in that too much can be a curse. However, the Rabbi also added that if one has money, he can use it for good causes.The Rabbi concluded with the common theme in all three religions: “Remember wealth is a blessing from God and one should give thanks to him’’. 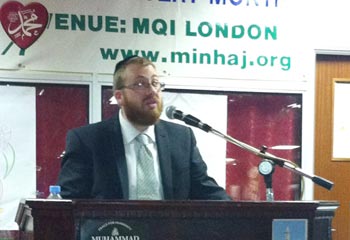 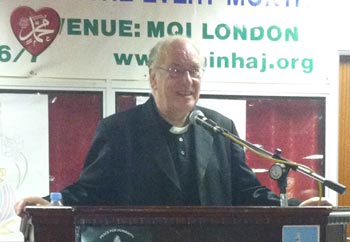 Imam Sadiq Qureshi of Minhaj-ul-Quran International London began by saying that money is related to ‘mall’ in Arabic and the “Meaning of mall (money) is something that is owned by someone’’. The Imam stated that “the word ‘mall’ is used 86 times in the Quran’’. He mentioned that money is of two types in Islam. Imam Sadiq Qureshi covered the definition, importance, the ownership and usage of money’ in his brief speech.These talks were followed by a question and answer session with the three speakers at the answering panel. One point of difference between the faiths was found to be “interest”. This was seen as something unhealthy in both Islam and Christianity but Judaism allowed with certain conditions attached. In the end, Ishtiaq Ahmad, president of the Minhaj Peace and Integration Council thanked the East London Three-Faiths Forum, the guest speakers and the audience for their harmonious participation. The successful event was appreciated greatly by both the speakers and guests alike.