On 1st February 2012, the Muslim Youth League in London arranged an event with the Harun Yahya team. The event was presented by Shaykh Abdul Basit Al Azhari. The evening commenced with the Quranic recitation by Brother Ahmad Raza. This was followed by Hamd by brother Ansar. The MYL brothers’ Nasheed group then chanted hymns and eulogies of Prophet Muhammad (blessings and peace be upon him). 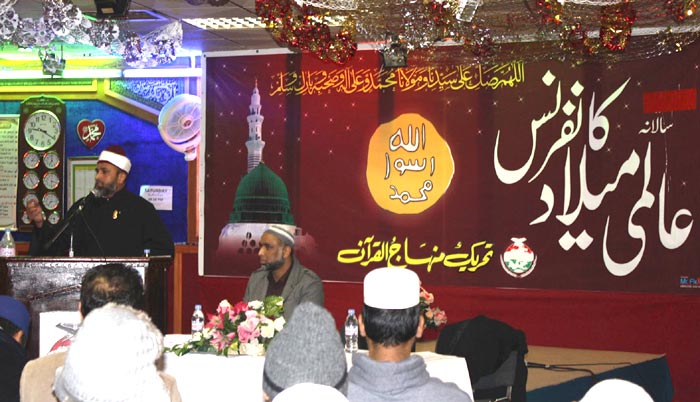 Shaykh Abdul Basit welcomed the guests from Turkey. He explained that the Gosha e Durood building in Lahore was built in the same architectural design as the resting place of Mawlana Rumi (as) in Konya. He also spoke of many achievements of Shaykh ul Islam Dr Muhammad Tahir ul Qadri including the newly published Minhaj al Sawi in English and the Fatwa against Terrorism. Shaykh Abdul Basit also reminded the participants of the Peace for Humanity Conference held at Wembley Arena on 24 September, 2011, and spoke of the solidarity shown by MQI between Muslims and non-Muslims and urged all to sign and support the London Declaration put forth in the Conference by Shaykh ul Islam. 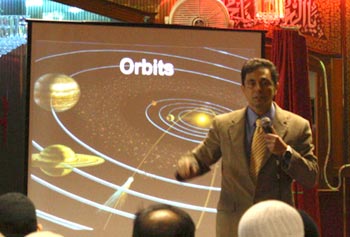 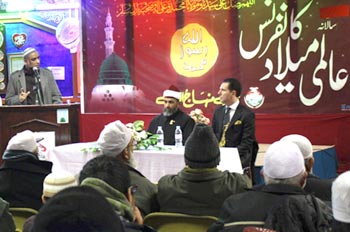 The special guest of the evening, Dr Oktar Babuna, was then introduced. Dr Babuna is a neurosurgeon and is a member of a number of research organizations. He has appeared on CNN as well as Al Jazeera and has spoken at various radio stations. He has also debated the topic of evolution with Richard Dawkins, a well-known proponent of the theory of evolution. Dr. Babuna commenced his presentation by conveying Mr. Adnan Oktar’s (Mr Harun Yahya) compliments to all the participants. He then proceeded to speak of the Prophet Muhammad’s (PBUH) miraculous attributes such as the splitting of the moon amongst many other miracles. A short film was then shown which showed Mr. Oktar speaking about the end of times and how Islam will prevail near the end of time. It also depicted Mr. Oktar explaining how the time will come when all the world’s inhabitants will live in peace and serenity. 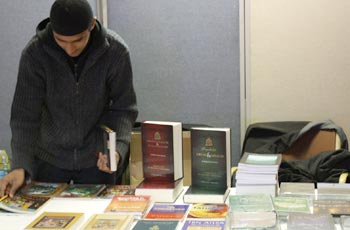 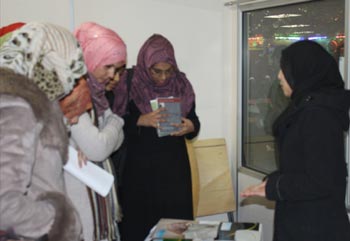 After the short film, Dr Babuna’s colleague then gave a presentation on scientific facts prevalent in the Quran. He spoke of how science recognizes the numerous scientific facts given to us by Allah (SWT) in the Quran. For instance, we are informed of the seven heavens in Surah Baqarah and science also speaks of the seven celestial strata in a similar manner to that present in the Quran. He also spoke of the many mathematical miracles in the Muslim holy book. The audience learnt that, in the Quran, the word ‘woman’ is mentioned 23 times as is the word ‘man’. When we add 23 and 23 we get 46, which is an indication of the 46 chromosomes which we inherit from both our mother and father. The Quran states, do they not reflect upon the Qur'an? If it had been from [any] other than Allah, they would have found within it much contradiction. (Surah An-Nisa verse 82)

Shaykh Abdul Basit then took to the stage and introduced Shaykh Sadiq Qureshi Al Azhari, Director of Minhaj ul Quran International London. Shaykh Sadiq spoke of the importance of knowledge and quoted the famous hadith of the Prophet (PBUH) Seek knowledge even if you have to go to China. He also explained that knowledge alone is not enough and that having love and respect for the beloved Prophet (PBUH) was paramount. Shaykh Sadiq Qureshi then ended his brief message by thanking and congratulating the Harun Yahya team. This was followed by a short ‘dhikr and dua’. The Harun Yahya team had set up a display of fossils refuting the absurd theory of evolution and all were requested to take a look, which resulted in many of the younger participants expressing a lot of interest. The evening ended with all participants visiting the stalls set up by the Muslim Youth League brothers and sisters, which contained numerous DVDs and books by Shaykh-ul-Islam.