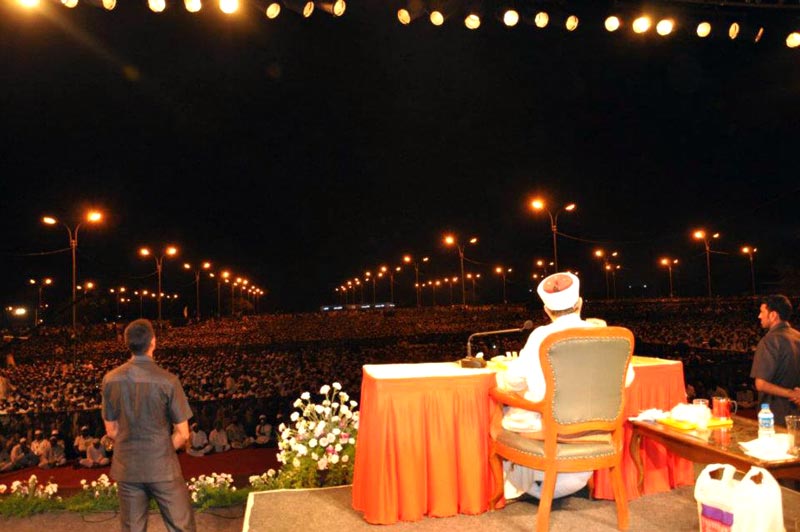 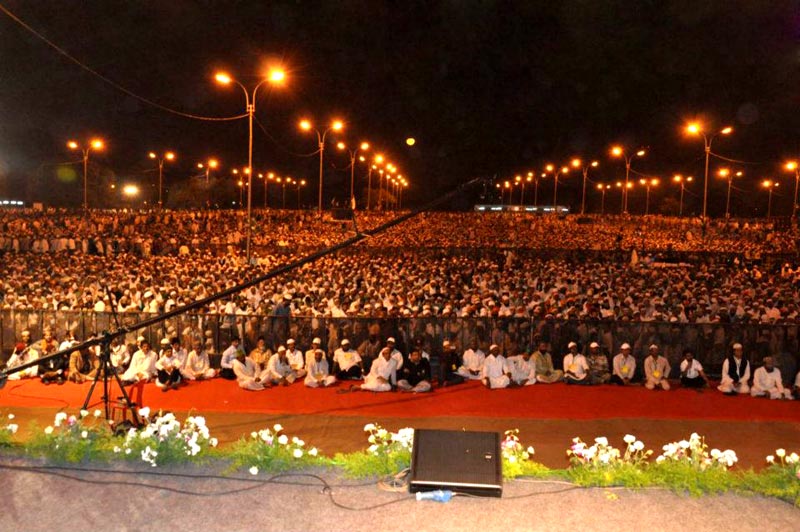 After addressing successful and historic gatherings in the Indian cities of Hyderabad, Gujarat and Kutch, millions of people belonging to the Bangalore city turned out to give a resounding welcome to Shaykh-ul-Islam Dr Muhammad Tahir-ul-Qadri on his arrival in the city. People were present in their hundreds of thousands to catch a glimpse of Dr Tahir-ul-Qadri.

Seeing unending streams of people, Dr Tahir-ul-Qadri came to the stage and said that he felt like looking at the people instead of addressing them. Hearing this, the venue resonated with different chants. According to reports of the Indian media, more than two million attended the gathering and around 100 million people listened to his speech through various TV channels. It was the biggest record as no address was listened to by such a large number of people in the history of the country. 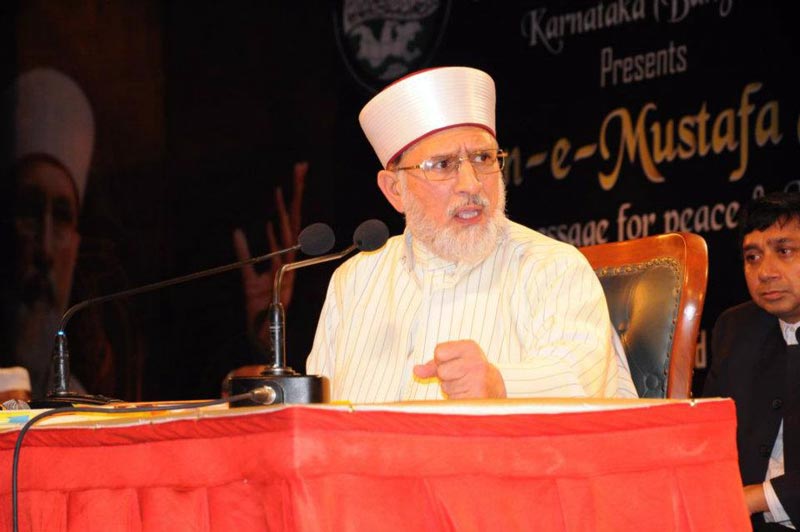 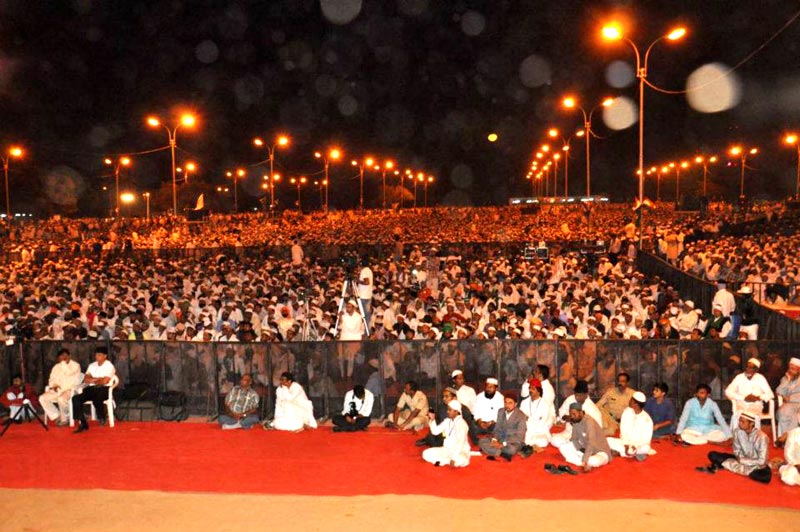 Dr Muhammad Tahir-ul-Qadri said that the attitudes of love, brotherhood, harmony, peace, tolerance issue forth from those who obey the teachings of the Holy Prophet (SAW). He said that such a person becomes the paragon of peace and mercy for the world around him. He said that the love of the Holy Prophet (SAW) transforms the human beings in their entirety by enlightening their consciousness and thought-process. It is the blessing of the love of the revered Prophet (SAW) that brotherhood becomes order of the day while the attitudes of violence and hatred get uprooted, he maintained. 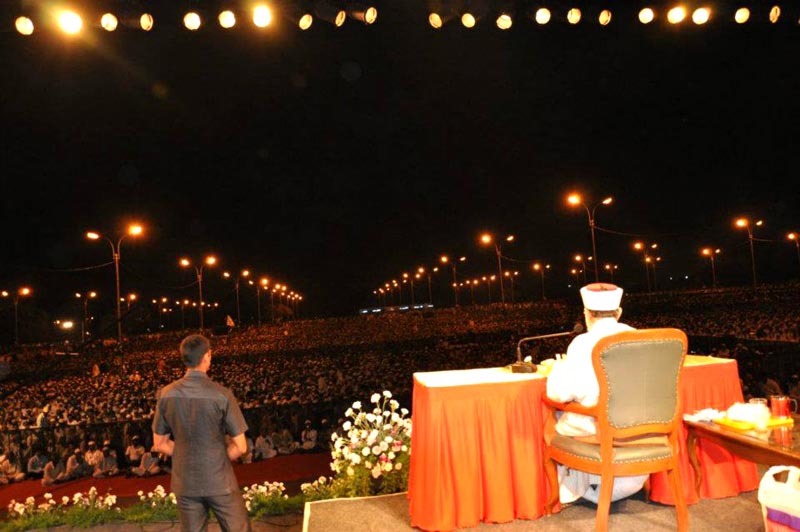