The Muslim Youth League UK – Sisters Executive started off the third weekend of their tour by visiting Huddersfield. The tour, which is aimed at raising awareness, building relations and recruiting new members, started from Scotland and is working its way to the south of the UK. 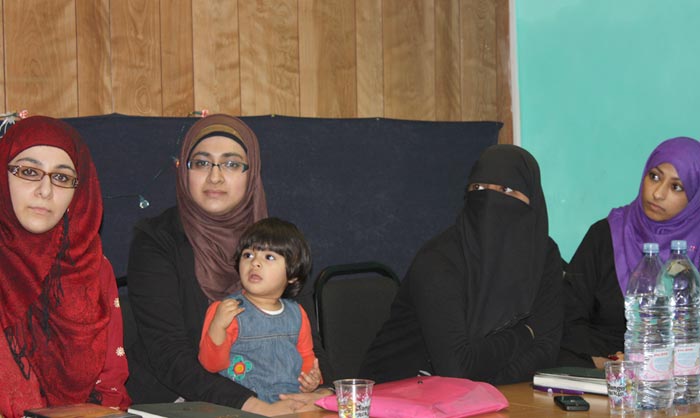 Under the leadership of Sadiyah Shafi, the Huddersfield sisters made all the necessary arrangements at the Tyreseal Buliding in Thornton Lodge. The audience was a mixture of youth and their parents who were also interested in knowing what the MYLUK-Sisters had to offer so that they could support their daughters as well. Present on the MYL-S Executive panel there were Ambreen Mehmood (President), Sweba Majid Khan (Vice President), Fathema Khan (Finance), and Marinah Syed Shah (Public Relations). Sweba welcomed everybody to the event and thanked them for attending. She then invited Faiza Hussain to commence the program with the recitation of the Quran. Faiza Hussain’s melodious recitation of Surah Abasa enlightened everybody’s hearts. Sweba then invited Fazeela Shafi to recite the praises of our beloved Prophet (PBUH), stating that we are following the Sunnah of Allah Almighty as the whole of the Quran is the praises of our Prophet (PBUH). The Executives then introduced themselves, allowing the audience to see that just like the organization itself, the Executive were also based in many different cities across the UK. The audience were then given a chance to introduce themselves and Sadiyah Shafi mentioned that she had just graduated last year in July upon which she was congratulated by Sweba on behalf of MYLUK-S. 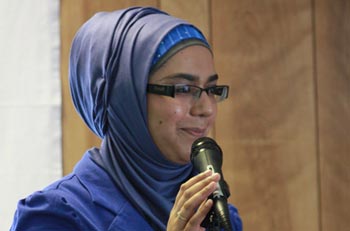 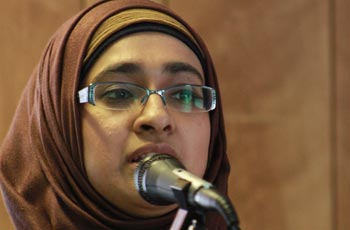 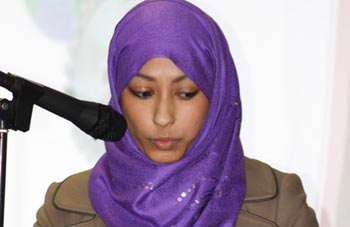 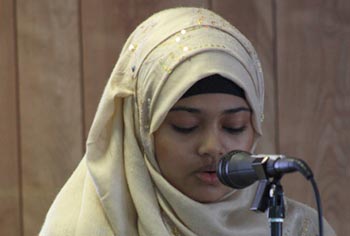 After a brief introduction of Minhaj-ul-Quran, Sweba explained how MYLUK-S was restructured in 2008 by his eminence Shaykh-ul-Islam Dr Muhammad Tahir-ul-Qadri. She also spoke about the MYLUK-S hierarchy and made the audience aware that regardless of the position one holds within the organisation, each and every member plays an integral part in the success of the organization. President Ambreen was then invited to the stage to speak about what MYLUK-S has been doing since 2008. She began by making the audience aware that the first two years of the organization were focused more on developing the organization as a national body and strengthening its infrastructure. Ambreen then drew the audience’s attention to the projects of MYLUK-S and said that all the projects were primarily literature based for the simple reason that as an Islamic organization one of our aims was to make Islamic literature easily accessible for the youth. One of the main projects that she discussed was the DISPERSe project which is aimed at distributing the English books and DVDs of Shaykh-ul-Islam Dr Muhammad Tahir-ul-Qadri to the youth across the UK. She explained that all the books and DVDs provided many references from the Quran and most authentic Hadith books and that they were an invaluable source of Islamic knowledge. Marinah then took to the stage and spoke about Public Relations. She showed the audience the online presence of MYLUK-S and by comparing weekly figures of each different site she concluded that the tour was having a direct effect on the different sites. She also explained how MYLUK-S has set up a LinkedIn page and this will be used for joint projects with other organizations in the future. 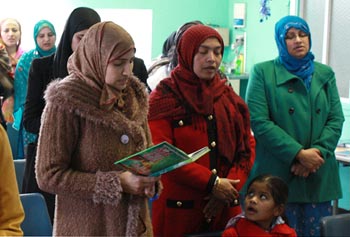 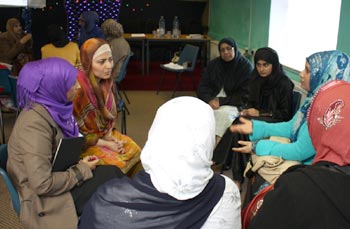 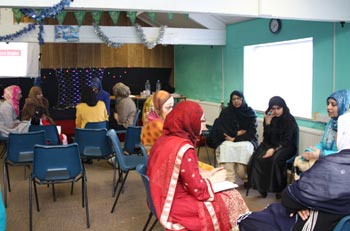 Fathema then spoke about finance and explained that it was her job to oversee the finances across the whole of the UK. She reiterated the importance of adherence to law as MYLUK-S is a registered charity under its parent organization Minhaj-ul-Quran International. Addressing the mothers she made them aware that nowadays it is not so easy to bring your children to the correct path and that due to the challenges faced by the youth they need a more in-depth answers to their questions. She stated that MYLUK-S was equipping the youth, through its literature projects, with those answers so that they would remain steadfast on the right path and she stressed the fact that this was only possible through their continuous financial contribution. The participants were then split into groups for a discussion led by each member of the executive. They were asked what they think MYLUK-S should undertake as projects whether on a national or a local level. The participants enthusiastically shared their ideas while also mentioning the issues within their local areas. Some of the ideas put forward were: University tour; Halqa-e-Durud; training on DISPERSe; society in universities; and they also urged the executive to have a tour every year as it was interesting, informative and motivational. All the ideas were noted down by the executives with the promise to review the feasibility of each idea and to Insha’Allah implement any viable ideas in the near future. Marinah and Fathema gave the attendees details of the vacancies that MYLUK-S had and how the attendees can apply for these. 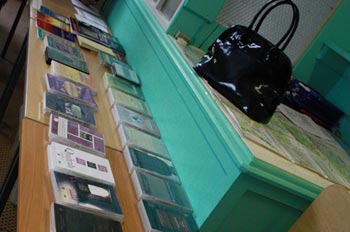 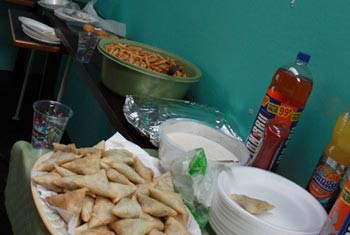 Ambreen then invited Sweba for a motivational speech on the concept of da’wah and working collectively. Sweba explained that in the light of Quran and Hadith propagation is incumbent on everybody and that MYLUK-S was helping people to fulfil that obligation. She explained that when people work in a team they can achieve a lot more than when they work individually and by joining hands with MYLUK-S they will have a strong team and all the support that they need. She quoted a Hadith from the Musnad of Imam Ahmad bin Hambal to explain the concept that a bigger group of people is better than a smaller group of people when it comes to making a decision about right or wrong. The main program was brought to a close by the recitation of greetings upon our beloved Prophet (PBUH) by Sister Sidra. The attendees were thanked for their participation and were given the opportunity to sign up for any vacancies that they were interested in. The Executives then had a meeting with the team of Huddersfield and appointed Sadiyah Shafi as the coordinator and advised the sisters of a short term plan to start off the work of MYLUK-S within their area. The MYLUK-Sisters would like to congratulate Sadiyah Shafi on her appointment and we would also like to extend our gratitude to her and her team for their efforts in making the program a success. We also appreciate the refreshments which were provided and are sure that everybody enjoyed them very much! The MYLUK – S Executive body will be in Sheffield on Saturday 31st of March 2012 at Sharrow Community Forum - Old Junior School, South View Road, Sheffield S7 1DB from 12-4 pm and Halifax on Sunday 1st of April 2012 at Beech Hill Primary School, Mount Pleasant Avenue, Halifax, HX1 5TN from 11:30am – 4 pm.