Minhaj-ul-Quran International (Copenhagen) arranged a grand Milad-e-Mustafa Conference in Northwest with the title “The love of Prophet (SAW) and rights and role of women”, under the banner of Minhaj Women League on Saturday, the 5th of May. In this conference, more than 1000 women participated. The guest of honor for this conference was Mrs. Ghazala Hassan Qadri. Anbreen Hussain from London and Naushaza Fiaz from Nelson also specially participated in this conference. 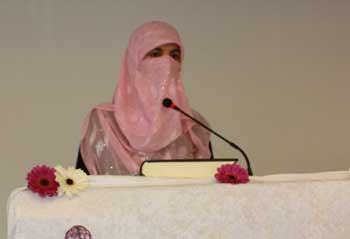 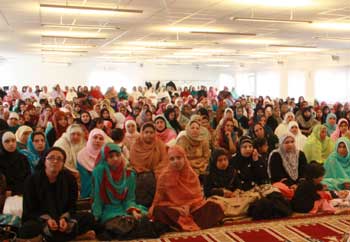 The programme officially opened with verses of the Holy Quran by Halima Sadia Uppal followed by praise in the court of Almighty Allah which was presented by Shabana Ahmed. Those who presented praise in the court of the Holy Prophet (P.B.U.H) included Sameela Qureshi, Minhaj Naat Council Valby, Minhaj Naat Council Odense and Minhaj Naat Council, North West. Haleema Uppal presented a speech in the Danish language in relation to the topic of the programme. Musarat Zahoor Ahmed gave an introduction of Minhaj Women league and told about their activities. A video clip of Shaykh-ul-Islam Dr. Muhammad Tahir-ul-Qadri’s speech regarding women’s rights was also shown. Jamila Ghafoor from London presented poetry in the praise of the Prophet (SAW) in her beautiful style. 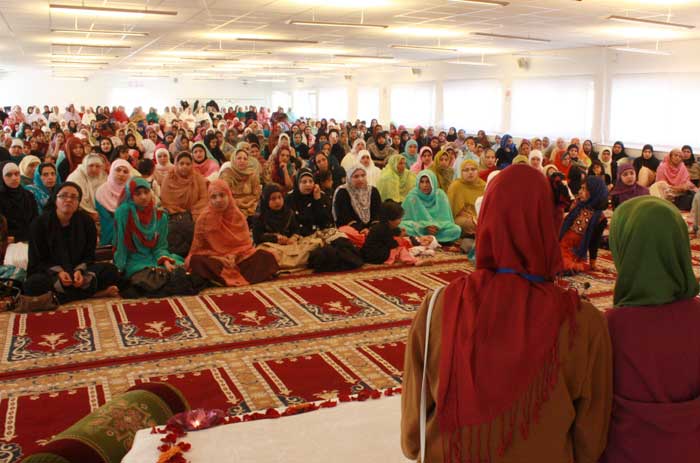 Nafees Fatima, patron of Minhaj Women League Denmark, gave a detailed introduction of Mrs. Ghazala Hassan Qadri and invited her to address the gathering. Mrs. Ghazala Hassan Qadri, in her address, explained essence of faith on the basis of Shahadah (La iIaha Illallahu Muhammad ur RasoolAllah). She said that La Ilaha Ilalallah is the ceiling of faith and Muhammad ur Rasoolallah is like the ladder that takes us there. The only way to approach Allah Almighty is to approach Muhammad (SAW), and approaching Muhammad (SAW) is not possible without his love.  She proved from the evidences given in the Holy Quran that love of Allah Almighty is closely linked with love of the Prophet (SAW). The completion of faith can only happen by following two things; one is to follow the instructions of Islam and the second, is to love Prophet Muhammad (SAW). The system made by our Lord means that everything has a soul, and the body of Deen is the Shariah that was given by Prophet Muhammad (SAW). This means Prayers, fasting, Hajj and Zakat etc, the soul of which comprises of the love of Prophet Muhammad (SAW). Like the body dies on the exit of the soul, the body of Deen also becomes dead at the exit of the love of the Prophet (SAW), merely following the Sunnah is of no use and all acts and deeds will be thrown into hell. 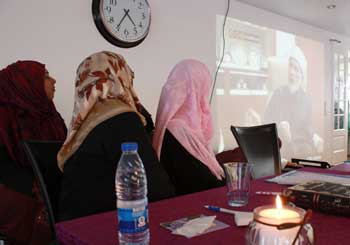 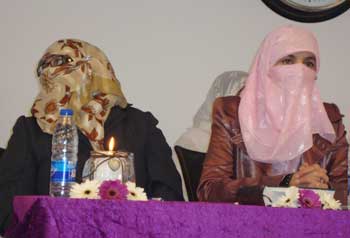 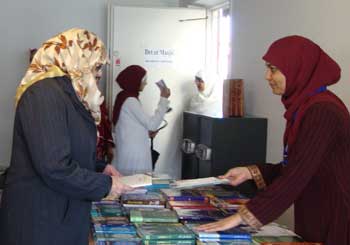 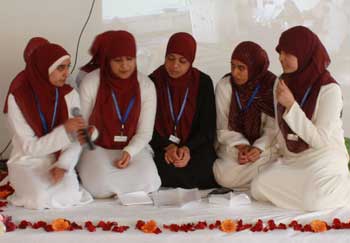 She, while mentioning Shaykh-ul-Islam Dr. Muhammad Tahir-ul-Qadri, said love that does not cross the limits is not worthy of being called love of the Prophet (SAW). There is a limit to love for everyone but there is no limit for the love of the Prophet Muhammad (SAW). She further added that, the more we love the Prophet (SAW), the more our faith would be strong and the more we would get the recognition of Almighty Allah.  Finally, Mrs. Ghazala Hassan Qadri said that the best way to love Prophet Muhammad (SAW) was to follow his Sunnah and to invoke salutations on him in abundance. Kanwal Butt thanked all the guests and Nafees Fatima presented gifts to all the guests from the Women League. In the conference, a stall with books, CDs and DVDs of Shaykh-ul-Islam Islam Dr. Muhammad Tahir-ul-Qadri was also put up and a large number of women shopped from there. Salam was presented by Kokab Uppal at the end of the programme and Jamila Ghafoor made the final supplication. Guests were entertained with meals at the end of the programme.