On 11th November, students from the ‘Pearls of Knowledge’ weekend classes taught by Shaykh Hafiz Abdul Saeed organised an eid party. Held at Minhaj-ul-Quran International Nelson hosted by sister Iram and sister Asima. The sisters engaged themselves into a successful eid party with recitation of the holy Qur’an, singing praises of our beloved Rasool (S.A.W.) and brief talks both in Urdu and English.

Beginning with the recitation of the holy Qur’an by sister Atiyah who enlightened the hearts with Surah Ad Duha, sister Safia gave a talk in English on the respect and rights of the parents. She highlighted the importance of the parents and how the young generation are taking this blessing from Allah (swt) for granted. 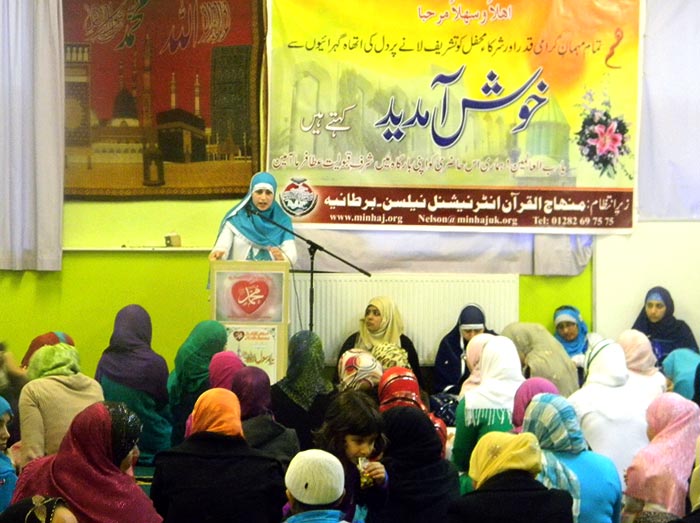 Sister Ayesha gave a talk on the importance of salah (prayer) in English. The core of her talk was, “Pray your salah, before prayer is read for you”. We should read our salah before our funeral salah is prayed over us.

ister Tahira in Urdu emphasised on the point of if we do not raise our children according to Islamic teachings then we can not complain about how “off the rails” our children are. If we choose to feed our children with materialistic goods and materialistic happiness, what happiness are they going to find in the hear after.

As the event went on, children and sisters praised our Rasool (S.A.W.) through naats and nasheeds enlightening the heart of the audience. Sister Aaiza delivered her talk in urdu discussing the great sacrifice carried out by Sayyidina Ibrahim (A.S.), however after the trials and tribulations Seyidina Ismail and Sayyidina Hajra (A.S.) were put through and still remained patient and Seyidna Ismail replied to his father with the upmost respect when he said “oh my Father, do that (immediately) which you are being commanded. If Allah wills, you will find me amongst the patient (and steadfast) (Quran 37:102). She went on to explaining that we have forgotten the essence and importance of the sacrifice of Sayyidina Ibrahim (A.S.) and Sayyidina Ismail (A.S.). 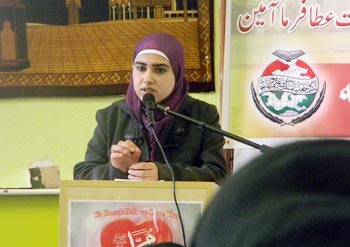 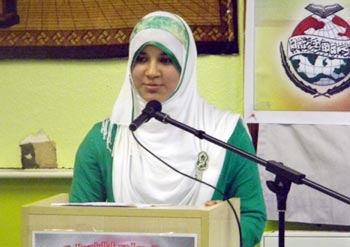 Sister Naushaza discussed in Urdu the works of Shaykh-ul-Islam, she said Shaykh-ul-Islam and his work been recognised by the Arab world and western world, emphasising the ‘Fatwa on suicide bombing’ and the success of the ‘Peace for Humanity Conference’ in Wembley. Shaykh-ul-Islam works are immense that he was ‘Best man of the 20th Century’.

Second to last, sister Atikah talked about the establishment of MQI and purpose of MQI in English. She explained the five core aims of Minhaj-ul-Quran International and why Shaykh-ul-Islam felt the need to establish an organisation which has so many networks which cover all aspects of ones life, she went on talking about the struggle and efforts of MQI and Shaykh-ul-Islam. Also the sister pointed out MQI is a reviving Tehreek with a reviving leader. 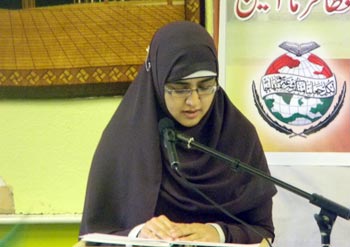 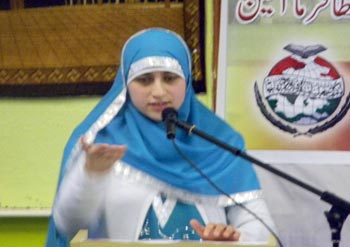 Finally sister shabnum gave a brief introduction to the importance of knowledge the Holy Prophet (S.A.W.) said “we should acquire knowledge from the cradle to the grave” (Bukhari). She spoke on the weekend classes for the youth ‘Pearls of Knowledge’ taught by Allama Hafiz Muhammad Abdul Saeed subjects taught include:

As well as teaching the formal Islamic knowledge, Allama saab teaches his students to how to live as a modern Muslim in the modern world. What are the duties of a Muslim sister, daughter, and mother towards society. These weekend classes for sisters are run every Saturday and Sunday at 10am till 1pm at 15 Cross Street Nelson.

Throughout the event a tuck shop was held in the ground floor for the children to buy snacks. The event ended with salaat-tus-salam and a heart felt dua by Baji Rifhat. Dinner was served at the end. 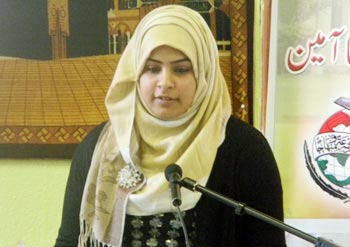 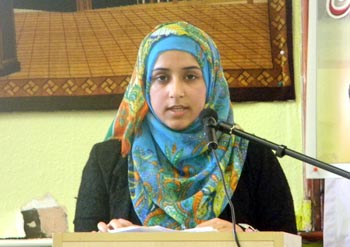 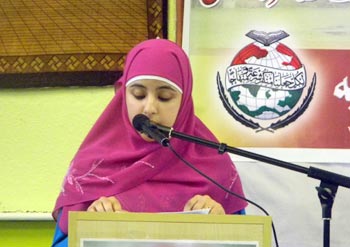 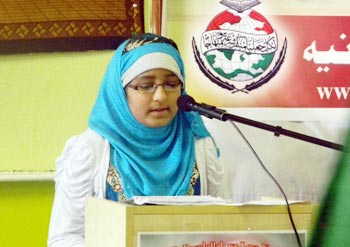 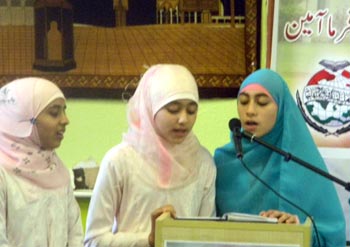 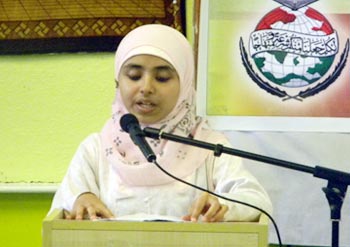 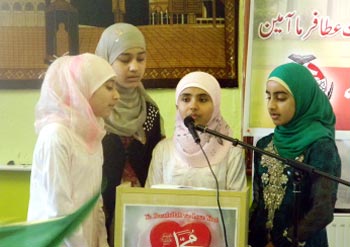 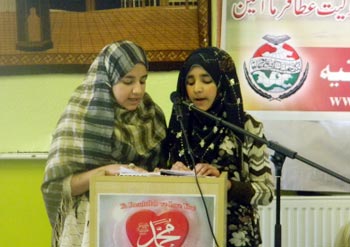