Alhamdulillah, with the blessings of Allah Almighty, the first opening program for youth brothers titled 'Monday Youth Dhikr' on was held on Monday 19th November 2012 in the Minhaj-ul-Quran Education Centre Halifax. Monday was selected because of its connection to the Holy Prophet (S.A.W.); the day of the birth of the Prophet (S.A.W.) was Monday. 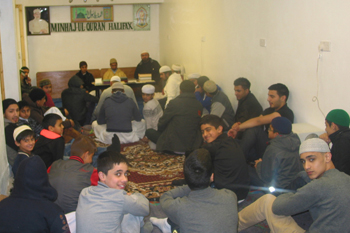 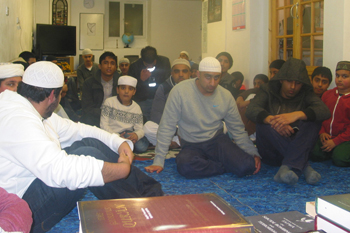 In the first session, the Minhaj-ul-Quran Education Project team's target was to attract approximately 40 young brothers. This target was successfully met, and all the participants were 16+ years old brothers and most of them were 18+ years old. All brothers promised to attend the programme each week and to bring their friends along to the next one. Insha'Allah, we are looking to have 100 regular participants who will be attending every week. The opening session on the 19th November began at 7.30pm, the first 20 minutes were allocated for the brothers to perform their Isha prayers. The program began with Tilawat of the Holy Quran by brother Muhammad Ali, followed by brother Zain performing a beautiful naat of the Prophet (S.A.W.). 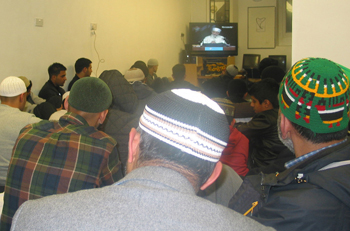 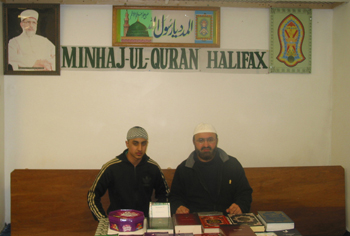 This followed with some welcoming words by Muhammad Javid Akhtar, head of Minhaj-ul-Quran Education Project Halifax, who introduced the main purpose of these gatherings. He stated "Minhaj-ul-Quran would like to give the opportunity to the youth to educate themselves and get some spiritual enlightenment through these weekly gatherings of Dhikr; which will show Insha'Allah how much spirituality can be gained from the great mission of Minhaj-ul-Quran, through the great Shaykh of this time Shaykh-ul-Islam Dr Muhammad Tahir-ul-Qadri." He also added, "Everyone should feel free and open in these gatherings and these sessions are everyone's, nobody can be judged or be seen as sinful, anyone and everybody can contribute to these gatherings and they are all welcome."  Muhammad Javid Akhtar went on to say "When you sincerely connect yourselves to a friend of Allah (S.W.T), you will see the benefits in your life." He mentioned the beginning of the Minhaj-ul-Quran Education Centre Halifax and expressed that this centre is a result of the blessings of Shaykh-ul-Islam. He mentioned that Shaykh-ul-Islam had visited his residence in the 1990s and it is through this blessing that at the same residence there is now the opportunity of using part of it as a centre. He mentioned that although he is not worthy of being in the position of representing such a great mission in this way, we now have the opportunity to utilise this for a very important thing, which is to educate and spiritually help our youth Insha'Allah, which we feel is the biggest and most important aim in today's society. 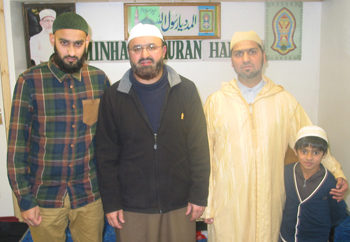 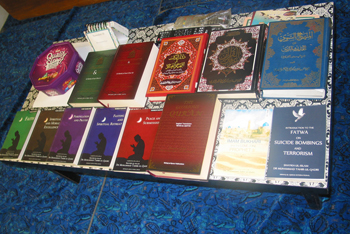 The session was followed by a local brother Hafiz Naveed, who gave a short informal talk on the event of Karbala and talked about how we could relate it back to our lives even today. He informed the brothers about how the grandson of the Holy Prophet (S.A.W.), Imam Hussain (RA) stood up against the evil ruler Yazid, and fought for keeping the true Islam alive. How Imam Hussain made the ultimate sacrifice of giving their life up for what is right.  He went on to discuss the importance of how we need to live up to this and reconnect to Islam, read the Quran and do our duties to Allah (S.W.T), and how we can never repay Imam Hussain (RA) for what they did for us, for us to have the Islam that we have today. He advised everyone to read the Quran with the English translation.  He stated that we don't know how long we have this life and when it will end so we should try to do as much good as we can. He went on to inform the gathering about how important it is to attend the Dhikr gatherings because it is full of the blessings of Allah and he also mentioned that Allah is so Merciful that even if someone comes to the gathering without the intention of doing dhikr of Allah, he will also get the blessings of Allah (S.W.T). He advised everyone present to come regularly, invite his friends and to make these weekly sessions successful Insha'Allah. 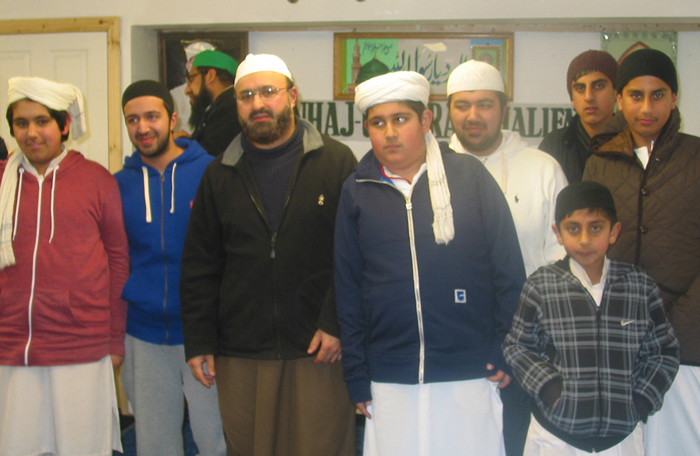 After this, Muhammad Javid Akhtar introduced the English translations of the Irfan-ul-Quran and The Glorious Quran by Shaykh-ul-Islam Dr Muhammad Tahir-ul-Qadri. He said that it is a very easy to understand translation of the Holy Quran. He also mentioned the English translation of the Minhaj-us-(S.A.W.)i and the set of 5 Teachings of Islam books. The attendees were informed that all these books are available for them to buy at reasonable prices or for them to borrow.  A short video clip of Shaykh-ul-Islam's lecture during his keynote speech at Wembley Arena London was shown. There was a keen interest amongst the audience whilst watching this clip.  After this, collective Durood Shareef was read and Dhikr was led by Muhammad Javid Akhtar in which all the brothers participated. Dua was then made by Hafiz Naveed and the event concluded on time at 9.00pm by giving out sweets and chocolates to all the brothers that attended.