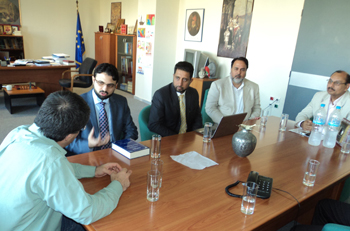 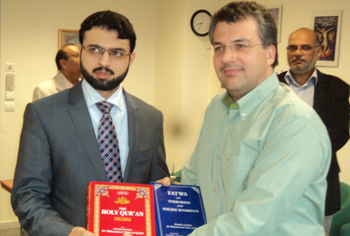 Dr Hassan Mohi-ud-Din Qadri, President of MQI’s Supreme Council, called on Greece’s Secretary for Religious Affairs Dimtri Pirdeki on June 14 in which both leaders exchanged views on matters of mutual interest. They agreed that there was a need to increase the frequency of interaction among the followers of different religions to build greater understanding. They said that building bridges was a noble cause to which the peace loving individuals and communities must dedicate their energies.

Throwing light on Shaykh-ul-Islam Dr Muhammad Tahir-ul-Qadri’s services for promotion of peace, interfaith dialogue and harmony in the world, Dr Hassan Mohi-ud-Din Qadri said that Shaykh-ul-Islam projected the real image of Islam in a world that was fast becoming suspicious and prey to hatred. He said that Dr Qadri authored 600-page Fatwa against Terrorism and Suicide Bombing, which is the first scholarly work of its kind that proved to the world that Islam is a religion of peace, human brotherhood, love, compassion and tolerance and it had nothing to do with terrorism.

Dr Hassan Mohi-ud-Din Qadri said that Shaykh-ul-Islam sensitized the world about the Islamic perspective on terrorism in the light of teachings of Islam. He put this message across the policy making institutions, think tanks, parliaments and opinion makers with a view to removing misunderstandings and confusions in this regard. He said that his sustained scholarly struggle helped the Muslims and non-Muslims understand the Islamic perspective on terrorism. 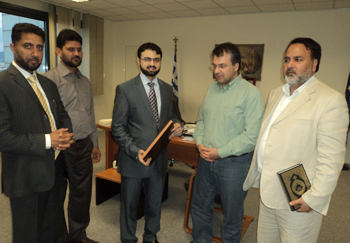 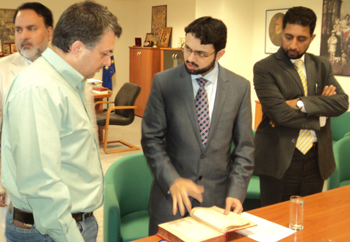 The President of Supreme Council said that the purpose of Dr Tahir-ul-Qadri’s struggle was to remove the blot of terrorism from the bright face of Islam, make the Muslims aware of real teachings of the Holy Quran and Sunna and to rid the humanity of raging fire of terrorism so that durable peace could be established in the world.

The Secretary of Ministry of Religious Affairs watched clips of speeches of Shaykh-ul-Islam including those depicting the MQI’s efforts for interfaith dialogue and peace in the world. Expressing his happiness at the work of MQI, he felicitated MQI and its leadership for rendering an excellent service to humanity. He assured Dr Hassan of his Ministry’s full support to the Greek chapter of MQI in its noble cause of promotion of peace, interfaith dialogue and harmony.

Dr Hassan Mohi-ud-Din Qadri gifted the English translation of ‘Irfan-ul-Quran’ and English version of Shaykh-ul-Islam’s scholarly work namely Fatwa against Terrorism and Suicide Bombing. Dimitri thanked the President of MQI’s Supreme Council for the gift on the occasion. 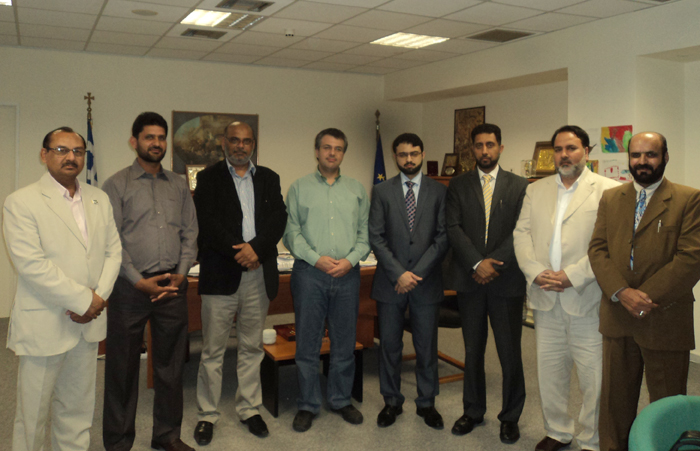