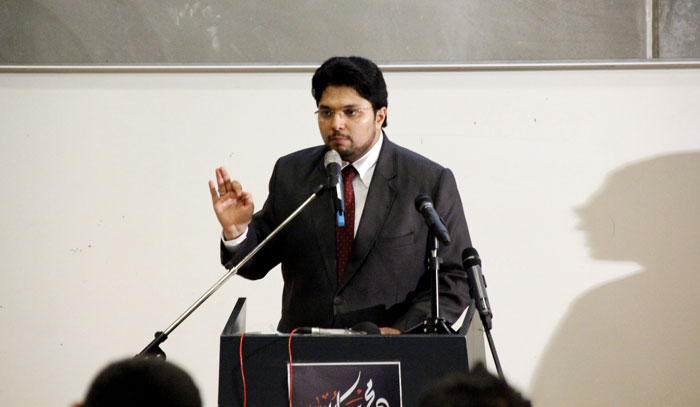 If man’s character and conduct is not in sync with his ideals and ideology, a mere claim of invoking Islam does not have any meaning. Islam stands for patience, peace, tolerance, gratitude and respect of humanity. These virtues must be reflected from our conduct and how we go about doing things in life. Minhaj-ul-Quran International is engaged in a sustained struggle to draw the Muslims to this Islamic ideal and shape their character along these lines. There are many a people who raise similar slogans but very few are proponents of peace who seek to build bridges between Muslims and non-Muslims and practically struggle to translate this slogan into reality. Islamic ideals of democracy are very relevant to the Islamic world and need to be employed to build representative, and accountable governments.

These views were expressed by Dr Hussain Mohi-ud-Din Qadri during his keynote speech on the subject of “Modern democracy with its roots in Islam” at the University of Copenhagen the other day. The event was organized and hosted by Minhaj Youth League (Denmark) and the students of the University.

Dr Hussain Mohi-ud-Din Qadri said that he condemned terrorism, violence and duress in the strongest possible words at every level, adding that Islam is a religion of peace and those who invoke its name to justify their otherwise reprehensible acts do not even deserve to be branded as humans what to speak of being Muslims. 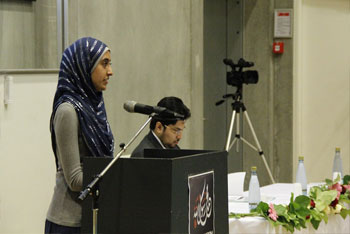 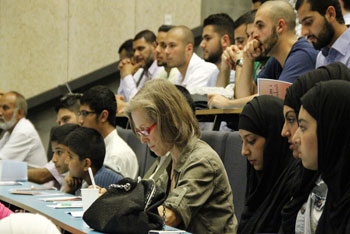 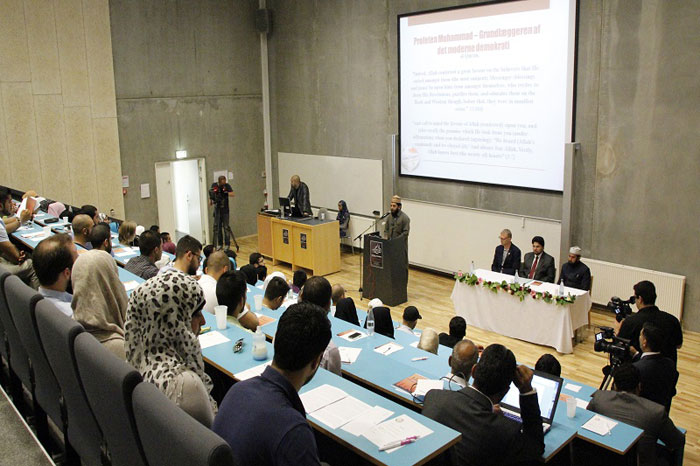 Throwing light on the concept of democracy in Islam, Dr Hussain Mohi-ud-Din Qadri said that the universal principle on which the people of West have established their consensus after periodic experimentation and protracted struggle was emphasised by Islam 1400 years ago as the basis of its teachings and ideals. He said that Islam guaranteed the protection of civil, religious and fundamental freedoms of citizens living within an Islamic state irrespective of their caste, creed, colour and race. He added that contrarily, no such concept existed in Western societies about a century ago, further saying that the overriding difference was that in Islamic states society was value-based while in western countries the values were society-based. He said that law-making was carried out on the basis of divine and universal principles in Islam, while legislation in the western world reflected the collective desires of societies. 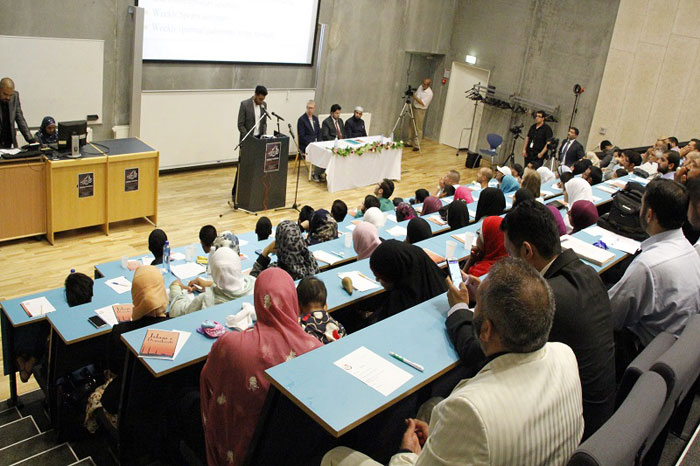 Throwing light on the principle underlining the election of rightly guided Caliphs to highest offices, Dr Hussain Mohi-ud-Din Qadri maintained that the Holy Prophet (SAW) had said fourteen centuries ago that two were better than one, three than two and four than three, adding that this is how the Prophet (SAW) established the principle of representative and participatory democracy. He said that those who subscribed to teachings of their beloved Prophet (SAW) could not violate or reject the system of democracy. He said that presidential or parliamentary system of democracy could be adopted depending on peculiar regional location of a country, collective orientation of the people and imperatives of governance.

Dr Hussain Mohi-ud-Din Qadri quoted Prophetic Traditions to support his discussion on the subject and said that there could be no greater argument in favour of democratic system than the saying of the Holy Prophet (SAW) wherein he said to Hazrat Abu Bakar (RA) and Hazrat Umar (RA) that if both of them agreed to a viewpoint contrary to his personal opinion, he would not only respect that agreed-upon opinion and but also act upon it. 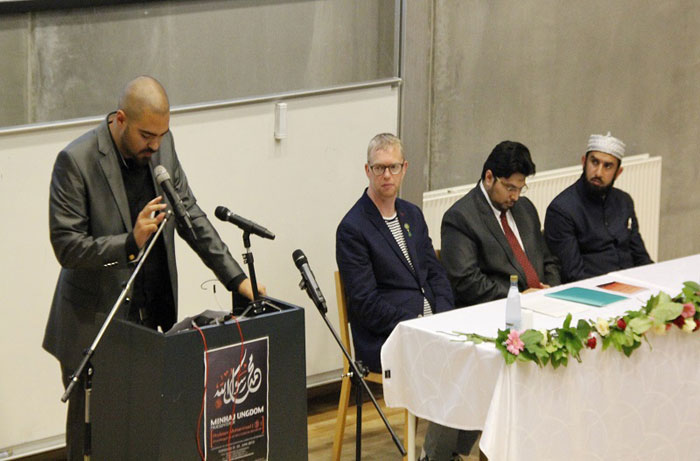 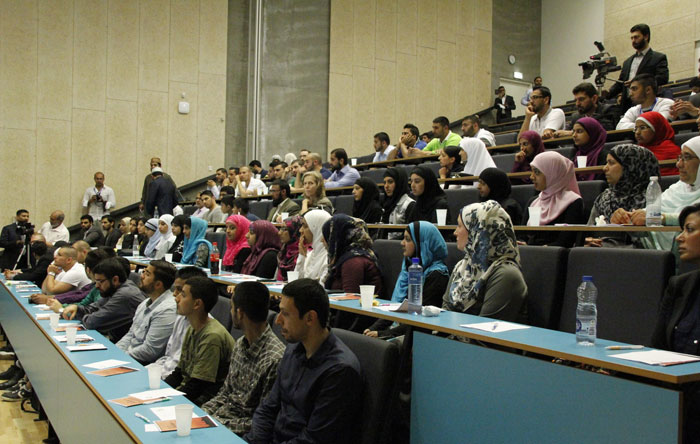 Addressing the Pakistani and Muslim communities living in the foreign lands, Dr Hussain Mohi-ud-Din Qadri said that they were not only ambassadors of their respective countries but also of Islam. He said that the local communities formed their opinions regarding their religion and countries by viewing the conduct of expatriate communities. He asked them to abide by local laws, contribute to development of their adopted countries and help build tolerant and peaceful society. He warned them to beware of a handful miscreants who wanted to hold Islam hostage by wrongly invoking its name for their condemnable actions. ‘You should stay away from such misguided elements who are in no way representative of Islam and mainstream Muslim opinion. Focus on education and serve your communities to the best of your ability,’ he held.

Abdul Sattar Siraj, deputy head of Minhaj European Council, newly converted Abu Bakar, Spokesman of MQI Norway, Mates Abdul Malik, convert from Argentine and hundreds of members of Minhaj Youth League and Minhaj Women League attended the Conference. The proceedings of the programme got underway with beautiful recitation of the Holy Quran by Qari Nadeem Akhtar. Ms. Mussarat Zahorr Ahmad, Presiden of Minhaj Youth League (Sisters) delivered welcome speech on the occasion. Asad Nasir gave an introduction of MQI and what it was doing to promote peace, harmony and interfaith dialogue in the world. He said that a small country like Denmark had 1500 members of MQI.

Dr Hussain Mohi-ud-Din Qadri appreciated Asad Nasir for his great work and branded him as ambassador of Pakistan and Islam in the world. 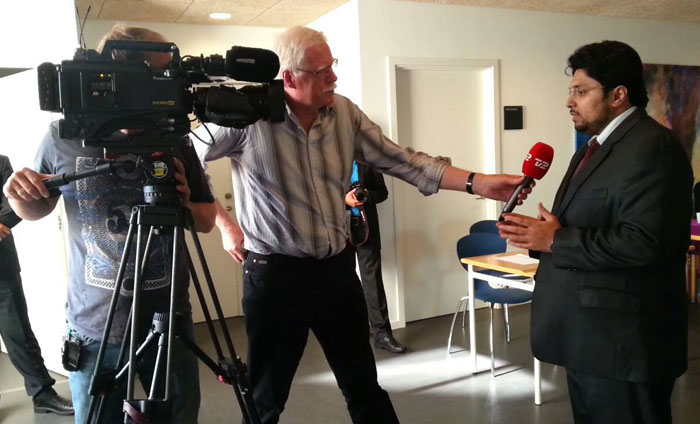