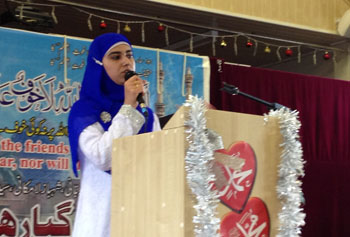 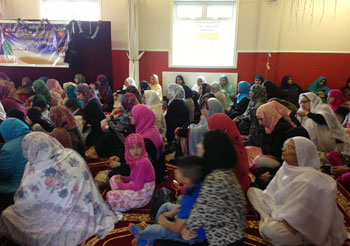 On Sunday 8th September 2013, a ladies’ ‘Giyarvee Sharif Mehfil’ was held at Jamia Masjid Minhaj-ul-Quran, Nelson. There was a large turnout of members from the community, and also the surrounding towns of Brierfield and Burnley (approximately 250 ladies). The Mehfil was the first event of its kind held at the mosque and was organised and inaugurated by Sister Tahira Basharat and Sister Naushaza Fiaz. Both are dedicated members of Minhaj ul Quran International and have been interacting with the community for similar events over the last three years. 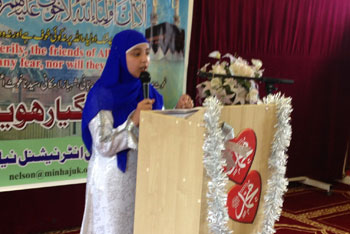 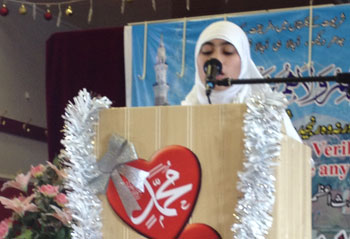 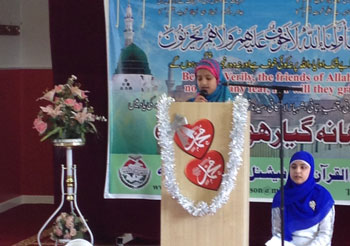 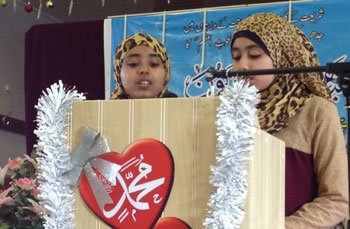 The event started with recitation of the Holy Quran by Sister Tahira Basharat, who gave a heartfelt recitation of Surah Al Qar’iah. Sister Naushaza then invited two sisters, Tooba and Mariyah Bilal to advance the proceedings with the recitation of a Naat of the Holy Prophet (SAW). The two recited a well-known Naat called “Naat-e-Sarkar (SAW)”. This was then followed by another Naat by a young student, Nida Ajaz. The processes of Naats continued with another two sisters Aiza and Rabia Iqbal reciting a beautiful nasheed. Sister Rabia Shaheen, also recited praises of the Holy Prophet (SAW). The event then continued with further praises on the Holy Prophet (SAW) by Atiyah Parveen and then Sana Fiaz. The chief guest at the event was sister Laila Shah. The guest, from Pakistan, delivered a clear and emotive speech on the lineage of Shaykh Abdul Qadir Gilani (RA). She explained the great status and character of the parents of Shaykh Abdul Qadir Gilani. She also explained the importance of attending gatherings of this kind in which the remembrance of Allah (SWT) and His pious people is done. She finally congratulated the organisers and also Shaykh ul Islam Dr Muhammad Tahir ul Qadri for their successes in all fields of life in Pakistan, and all over the world. In the closing comments she prayed for the long life of Shaykh ul Islam and the further success of Minhaj ul Quran. 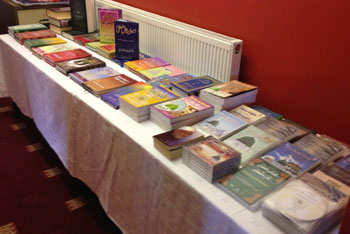 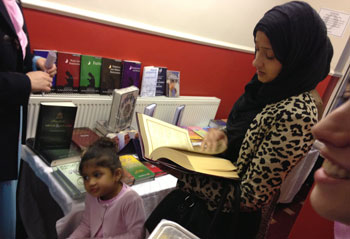 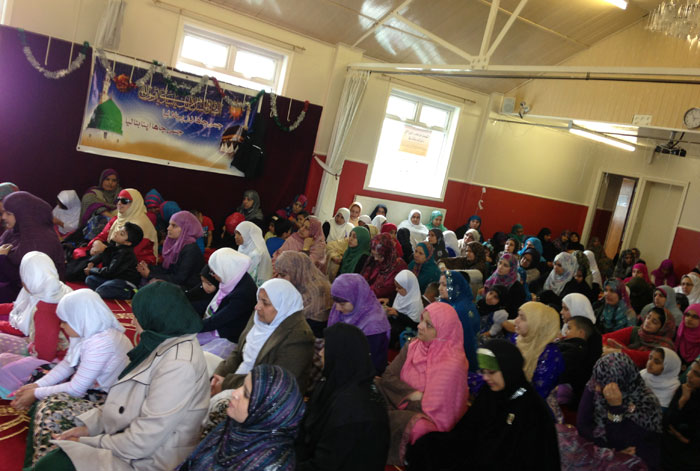 The event also had an award ceremony incorporated in it. The mosque also runs Quran classes for ladies during the week, in which ladies learn to read the Holy Quran with the correct rules of ‘Tajweed’. Many talented ladies have learnt Surah Yaseen by heart. As a reward, and show of appreciation for their hard work and effort, they were presented with gifts and certificates. Sister Kubra Akhtar, a teacher at a local school, presented all the honoured ladies with their gifts. As part of the ongoing efforts to educate society about religion, literature of Shaykh ul Islam was made available on a stall. Sister Saifa Akhtar made the announcement and informed every one of the latest collection of books on offer.  The gathering was then furthered with the remembrance of Allah (SWT) by Siter Tahira Basharat. This was followed by Salaam on the Holy Prophet (SAW) by a special guest Sister Aishah Shakir. The Mehfil was then concluded with Dua by Sister Tahira Basharat. Attendees were also served refreshments at the end. The gathering was deemed a great success by everyone who attended, and it is hoped similar events are held in the future.