On 11th October, Jamia Masjid Minhaj-ul-Quran held a gathering for the young children who attend the education centre. The programme began in the usual way with recitation of the Holy Quran by Sana Hussain, and Qaseedah Burdah Sharif by Salihah Anjum, Atiyah Parveen, Mariya Bilal, Tooba Bilal, Jasmine Ahmed and Zahrah Batool. 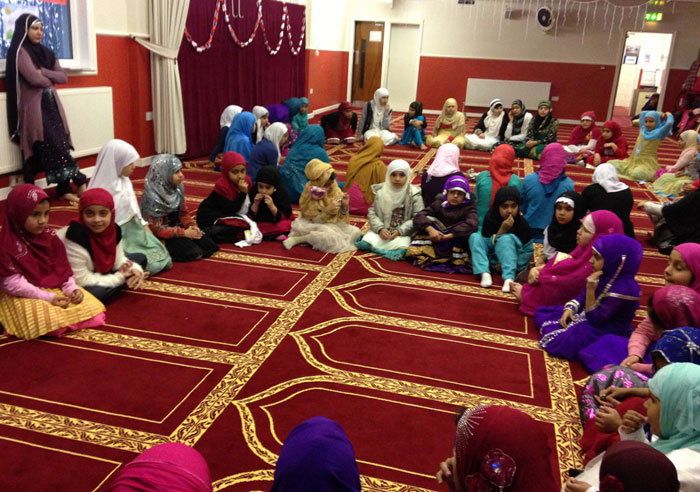 The ‘mehfil’ continued with Naat Sharif in the honour of the Holy Prophet (S.A.W.), the first Naat of the Mehfil was recited by two sisters, Nida Ajaz and Mariam Ajaz. This was followed by Saddiqah Ahmed and Salihah Anjum praising the Holy Prophet (S.A.W.). Fatimah Rehman and Amina Ahmed also recited a Nasheed. More naats were recited by Maheen Anjum and Irtika Mehmood, and also by Meerab Ajaz, Ayman Ajaz and Halimah Riaz. The final Naat by the students was recited by Fatimah Zahrah. Salihah Anjum read a poem and Saddiqah Ahmed delivered a speech. She gave a brief insight into the importance of the month of Zhil Hijjah and also explained the main aspects of Hajj. The mehfil was then brought to an end with further Nasheeds by Zahra Batool, and the special guest who is also a former student, Atiyah Parveen. 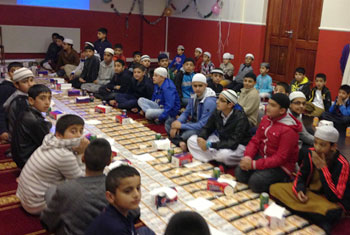 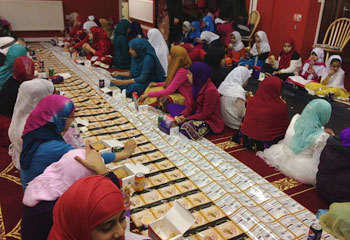 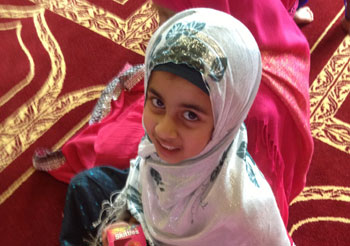 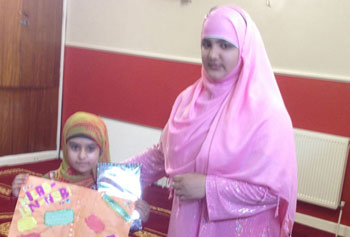 On Monday 14th October 2013, the programme continued with the main theme of Hajj. The day was filled with practical explanations of what Hajj is and what should be done throughout the month. The day began with recitation of the Holy Quran, which was done by Maheen Anjum. The mehfil then continued with Qaseedah Burdah sharif by Salihah Anjum, Sadiqah Ahmed and Hafsa Waseem, and Naat sharif by Halimah Riaz, Aalia Zobia Nawaz and Laiba Latif. The first speech was given by Nimrah Khan, who explained the importance of Hajj and why we perform the pilgrimage. There was also a group presentation by senior students of the centre. Ismah Mehmood, Hasna Mirza and Jasmine Ahmed gave a presentation using Microsoft PowerPoint. They explained the procedure of Hajj and all of the key features and main events that are done throughout the pilgrimage. 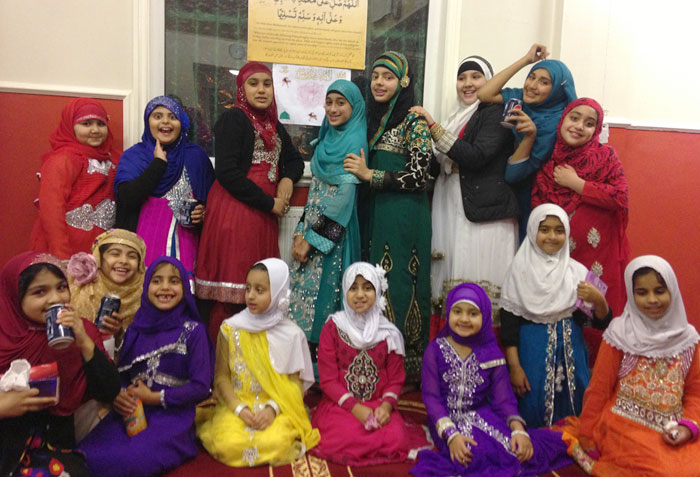 To practically explain the events in Hajj, the playgroup girls performed a role play of Hajj. They had a model of the Holy Ka’aba as an aid. There was also a quiz, in which the children were tested on everything they had learnt throughout the session. There were also breaks throughout the sessions for Salaat-ul-Asar and Maghrib. The four senior students Jasmine Ahmed, Hasna Mirza, Ismah Mehmood and Nimrah Khan were given gifts for all of their hard work and effort in making the event a success. The event was concluded with a short Dua by Nimrah Khan. She also thanked the teachers for helping her and the whole team to produce, prepare and make the presentation. Everybody was pleased with the success of the mehfil. The children learnt a great deal about practices during Hajj and also looked forward to the day they themselves would be taking the trip to Saudi Arabia.