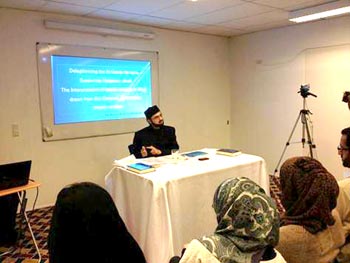 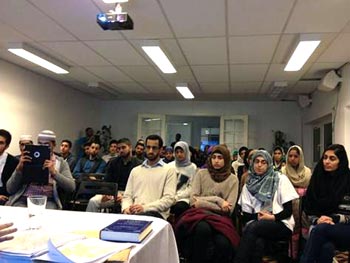 The background of the seminar was that Minhaj Youth League Denmark has introduced and implemented the “Fatwa on Terrorism and Suicide Bombings” authored by Shaykh-ul-Islam Dr. Muhammad Tahir-ul-Qadri in the curriculum of the education system in an attempt to equip the youth about real teachings of Islam and stop any possibility of their minds being polluted with extremist ideology. Incorporation of this aspect was the dire need of the time.

This initiative made headlines on the Danish national news channel, TV2 News, which covered the seminar and conducted an interview with the keynote speaker, Dr Hassan Mohi-ud-Din Qadri. 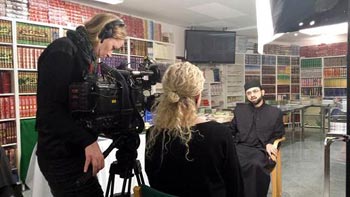 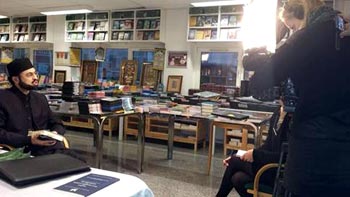 Dr Hassan Mohi-ud-Din Qadri, who is an eloquent speaker on counter-terrorism and anti-extremism and holds a PhD in Islamic constitutional law, said, while addressing the seminar, that radical and extremist groups like Al Qaeda has hijacked Islam and there is a need to take Islam back from these terrorists. He clarified that no individual or group has any authority to declare Jihad, which is only the prerogative of the state when defending itself.

He further elaborated on the concept of Jihad to clarify that Islam doesn’t allow any individual or a group to declare war on any western country. He said there is a need to tackle terrorist narrative from an ideological and intellectual point of view by clarifying the true meaning of the Qur’anic verses which the radicals have been misquoting and taking out of context in order to deliberately misguide and mislead young Muslims living in the West. ‘They have used emotional tactics to brainwash young people which has nothing to do with the true teachings of Islam’, he maintained.

Dr Hassan Mohi-ud-Din Qadri said that Al Qaeda and Taliban narrative can only be tackled effectively by the most comprehensive manual, the “Fatwa on Terrorism and Suicide Bombings” authored by Dr Muhammad Tahir-ul-Qadri. He said that it refutes each and every argument of the terrorists and creates doubts in the minds of wannabe-terrorists that they will not be received by 72 virgins but be the dogs of hell. So if they are in doubt they will not conduct terrorist acts as a holy duty.

Dr Hassan further said that it therefore is of utmost importance to make this Fatwa an integral and essential part of the curriculum in the mosques, the universities and other educational institutions to prevent the coming generations from radical ideologies used to misguide and mislead the youth.

He further added that radicalism, extremism and terrorism have no place in Islam, as Islam stands for peace, harmony, dialogue and democracy.

The seminar ended with a Q&A-session, where the participants asked several questions and got satisfactory answers. 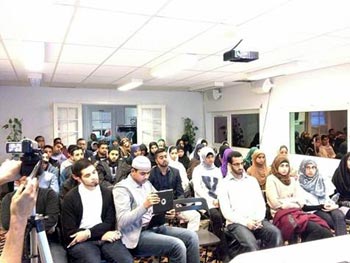 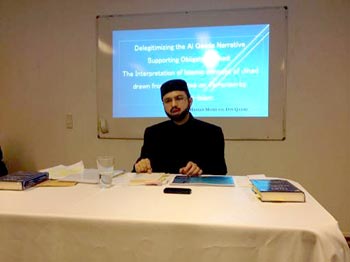 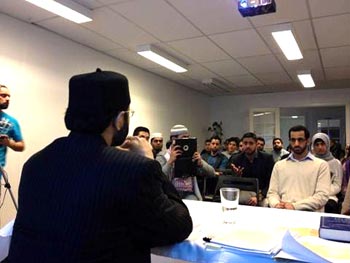 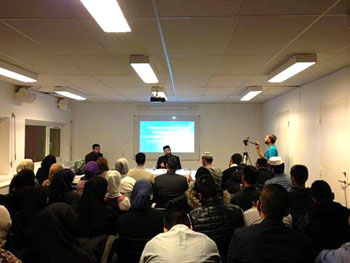