A Spiritual Retreat has been organised for the Muslim Youth League (UK) to run from Friday 20th December 2013 to Sunday 22nd December 2013 at Ashton-Under-Lyne, UK. 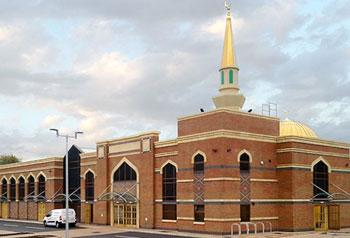 The local arrangements for the retreat are being made by MYL and Minhaj-ul-Quran (Ashton and surrounding areas) along with the Ashton Central Mosque. Whilst this retreat is a continuation of the previous successful retreats organised and held by the MYL in the UK, this event has been arranged with a larger target audience in mind. The organisers are expecting somewhere in the region of 150 participants to register for the retreat, as well as additional daily attendees, whose numbers will be in the hundreds.

Shaykh-ul-Islam Dr Muhammad Tahir-ul-Qadri is conveying a message to the Muslims asking them to express their true identity and eradicate the misconceptions caused by some extreme mindsets and minority groups. The retreat aims at focusing the minds of our youth and presenting a platform accessible to them in a language and format most appropriate to them. This will be done through a blend of practical and spiritual talks, activities and training. The retreat has been kept intensive but informative, in order to give the maximum blend of knowledge, spirituality, worship, integration, expression and of course splendid hospitality. Muslim Youth League (MYL) in the UK is actively encouraging the Muslim youth to work for promotion of moderation and spirituality as opposed to joining radical or extremist forums, groups and organisations. The scholars and guests attending and speaking at the retreat include;

This spiritual retreat is part of the initiative to raise awareness about message of Shaykh-ul-Islam. We need to teach, train and equip our youth with an authentic, factual, spiritual and practical understanding of Islam which is based on the correct teachings of the last 14 centuries.  The retreat includes a session on Saturday 21st of December 2013, where members of various faiths as well as the local law enforcement organisations, educational sections and other social services are being invited as observers. With this in mind, honourable Lord Nazir Ahmed (Baron Ahmed of the House of Lords) has been invited to give a briefing on our responsibilities in the West.  The retreat will also include an evening of Qawwali with Qaiser Mahmood Qawwal Party of Bradford, performing from 8.00pm on Saturday 21st December 2013. With various talks, question and answer sessions, spiritual sessions and other activities the retreat will be brought to a close on Sunday 22nd December 2013 at around 5.30 pm with a supplication (dua) by Shaykh Nisar Ahmed Hussain Sulaimani.

MYL has been actively promoting the retreat throughout the UK and with the help of the MQI (UK), it is expected to be a landmark event for the organisation in the UK. MYL (UK) thanks the management of the venue Ashton Central Mosque (ACM) for their assistance and support in arranging this retreat.