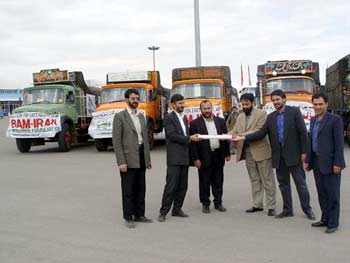 In the last week of December 2003 a powerful earthquake rocked the city of Bam in Iran. Within only 14 seconds thousands ofpeople were buried under the flattened homes and destroyed buildings. Minhaj Welfare Foundation immediately launched an emergency appeal for the victims of the earthquake. 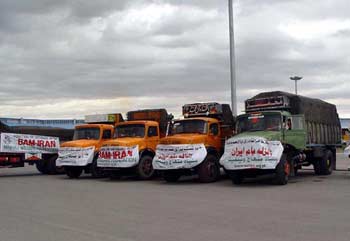 The delegation of MWF met the Pakistani Councilor in Mashed and briefed him about the purpose of their visit and with the aims and objectives of Minhaj Welfare Foundation.

The delegation also met the Director of the Red Crescent (Hilal e Ahmer) for the province of Khurasan which was mainly handling the rehabilitation and distribution of the aid package in the city of Bam along with the help of their representatives in Bam. The Director of Red Crescent welcomed and thanked the MWF delegation and specially appreciated the Founder of Minhaj Welfare Foundation Dr Tahir-ul-Qadri for the generous help and donation to their Muslim brothers and sisters in this time of misery. He also praised Dr Qadri for the sympathy towards the humanity. The director of Red Crescent also briefed the MWF delegation about the immediate arrangements and projects that were being launched for the rehabilitation of the victims of Bam earthquake.

A list of items was provided by the Director of the Red Crescent to the delegation of the MWF which was needed immediately for the victims of the Bam earthquake. The delegation of MWF started purchasing the items which included drinking water, cooking oil, sugar, carpets, blankets, washing powder, plastic home utensils and other food items. After purchasing all these items it was loaded on the trucks to be delivered to Bam. After the loading of these trucks it was all handed over to the Director of the Red Crescent in the presence of the National Iran TV and the international media teams. The news of this event was also broadcasted on the National News of Iran TV. 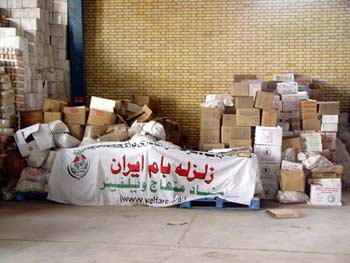 After handing over the trucks to Red Crescent Mr Ali Reza Rizvi and Mr Dawood Hussain Mash?hadi went to Bam to see the destruction and also to monitor the distribution of the loads of trucks to the needy victims. The wide scale destruction of the earthquake was far more than what MWF could do to totally solve the effects of the victims of the earthquake but it was enough to bring the smiles back on the faces of a few hundred families for many months. The reconstruction work required in Bam is huge which will take many more months or years to come back to its normal life.

Minhaj Welfare Foundation has a mission to serve the humanity and try its best to provide the basic needs to the poor all over the world. This requires huge amount of resourses and hard work which is only possible with the help of those who can feel the pain and donate what ever they can for this great cause by joining hands with MWF. 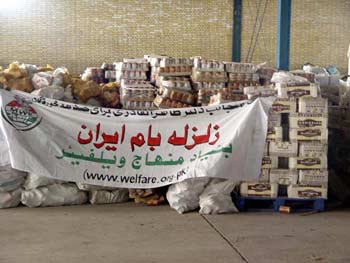 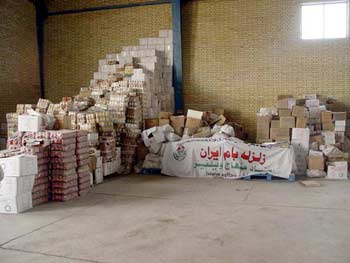 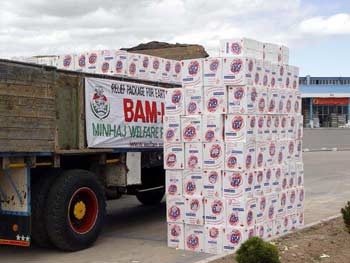 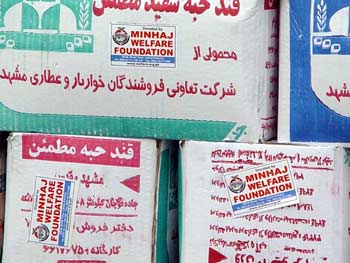 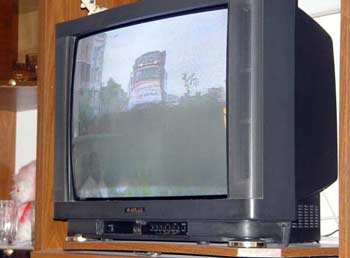 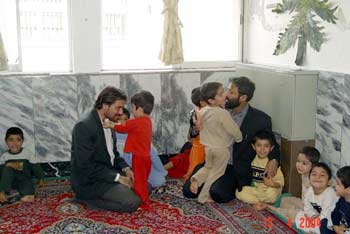