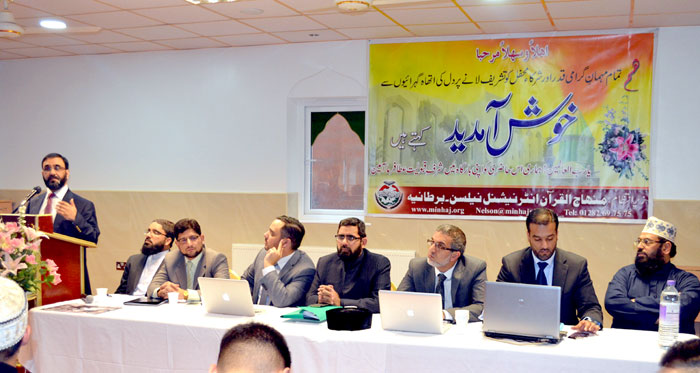 The training workshop started at 10 am and finished sharply at 5pm. The event continued the theme of moral, intellectual, spiritual and geo-political training of workers of Minhaj-ul-Quran International UK which commenced in London on 1st February.

The training workshop started with beautiful recitation of the Holy Quran by Allama Shams ur Rehman Aasi followed by praise of the Prophet Muhammad (SAW) by Shahbaz Hsssan from Ashton-under-Lyne.

Syed Ali Abbas Bukhari (General Secretary MWI NEC UK) welcomed the brothers and sisters of various local chapters who travelled from their towns and cities for a good cause to gain knowledge and spiritual training. The sisters were accommodated on the first floor of Jamia Masjid Minhaj-ul-Quran who were able to fully participate and benefit from the event through video and computer feed of the presentations and proceedings.

Addressing the inaugural session of the workshop, Allama Muhammad Afzal Saeedi, President NEC, described the core principles and objectives of Minhaj-ul-Quran International and advised the attendees on how to remain committed to the cause of educational and spiritual betterment for success in this life and the next. 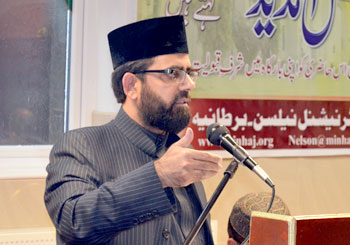 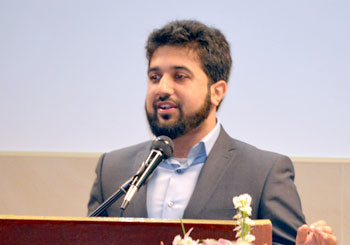 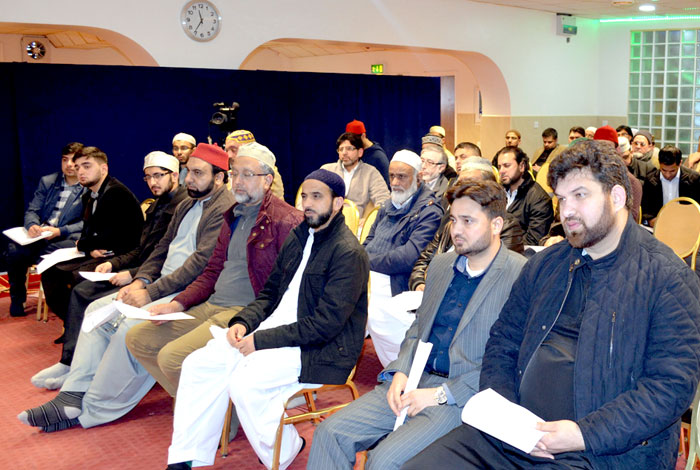 Syed Ali Abbas Bukhari spoke to the members and office holders about ownership of their responsibilities, and effective service delivery against their allocated area of work. Abdul Qadir Rauf (Vice President, MQI NEC UK) threw light on the topic of team work with a real emphasis on communications.

Brother Ahmed Nawaz, Dawah Secretary, also presented very useful information on the Dawah project, which is one of the first steps that our Prophet (SAW) took. He said that Alhamdulillah, the dawah team is doing great work in regards to distribution of books, DVDs and CDs amongst the community and also prisons. Prisons have been recently visited by the Dawah Project team due to the radicalization taking place in these prisons. He also mentioned that Dawah team celebrated a Mawlid-un-Nabi in HMP Birmingham and were awarded a certificate of appreciation by Winson Green Prison presented by prison Director Peter Small. Three people also converted to Islam and this would have not been possible without the efforts of The Dawah team.

Adnan Sohail, Projects Manager of Minhaj Welfare Foundation, updated the audience on different welfare projects such as the launch of a community food bank on the eve of Christmas in London, first ever opening of school of Africa etc, and helping flood victims etc. He also apprised the audience regarding the contributions from difference centres towards welfare projects.

Adam Shiraazi, Convenor PAT, also spoke on the occasion and highlighted the work undertaken under by PAT UK, its objectives and focus of current work and initiatives. He also informed the audience of a forthcoming Anti-Terrorism Seminar being held in Nelson and invited the audience to attend.

Moazzam Raza spoke of the use of Social Media and how positive technological innovation needs to be embraced to spread the message of the organisation to the world. MQI is an organisation for all ages and it is evolving fast to respond to different challenges. To lighten the mood Allama Shams ur Rehman Aasi conducted a quiz on the life of Shaykh-ul-Islam Dr Muhammad Tahir-ul-Qadri and gave away gifts for correct answers.

It was a very informative and productive spiritual training workshop where all the attendees benefited and were really happy with the initiative. They requested the organizers to hold such programmes regularly to update members of MQI about new events, policies and procedures within the organisation. 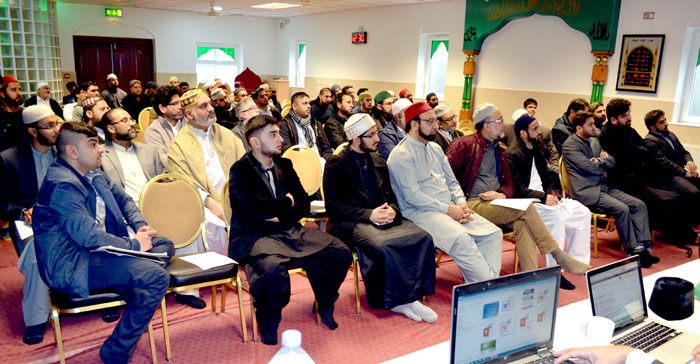 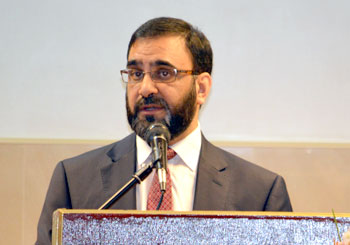 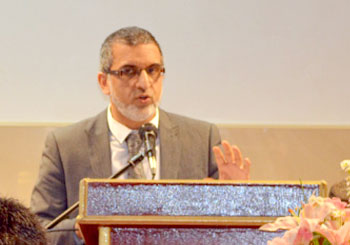 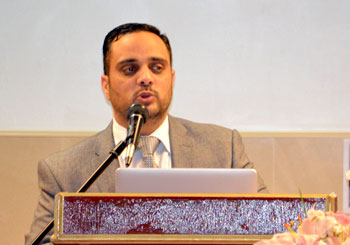 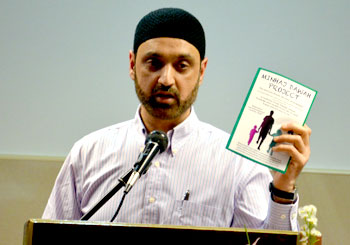 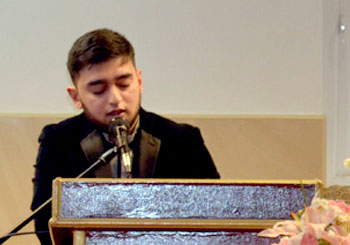 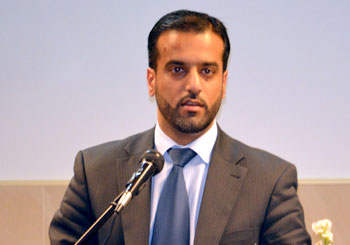 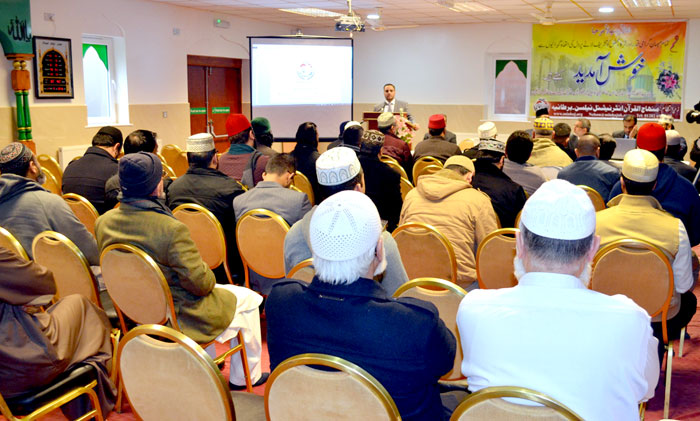 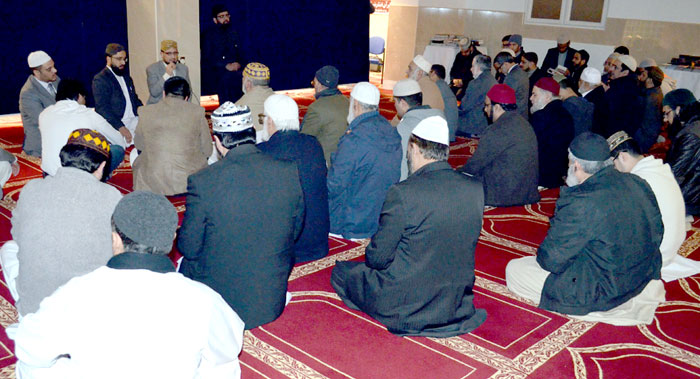 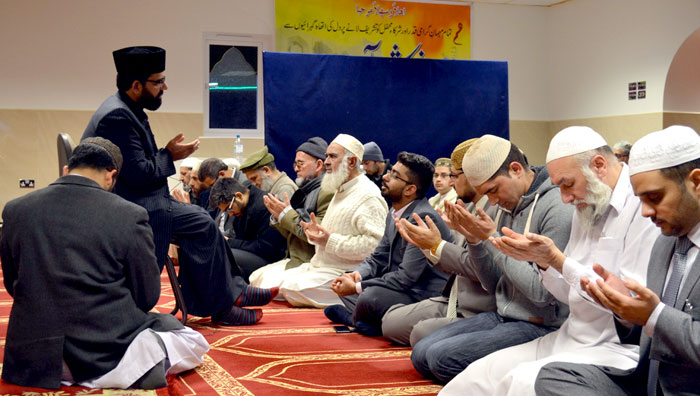 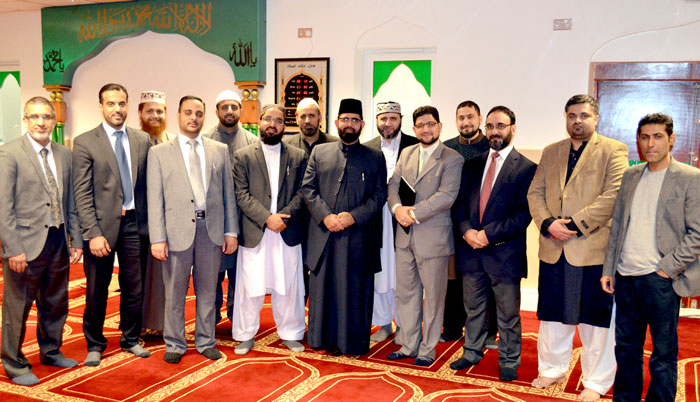