‘Spiritual Circles’ is a new event on the Minhaj-ul-Quran International Manchester calendar. On a monthly basis, the event seeks to not only engage Muslim youth in the spiritual aspects of life and religion but also in educational, social, civic, local relevant issues.

Friday 3rd April saw them gather for the first time in the mosque. Amongst whom were students, professionals, teachers and artists.

The event began with a brief Qur'an recitation by Qari Mubashir Anwar followed by a 'Practicing Fiqh' session. This session covered a demonstration on how the act of Wudu' for purification is made by Ayub Anwar.

Following this it was table talk time. The youth engaged in a debate over the permissibility of voting in a general election. Not only that but issues surrounding voting choices, the current system, parties and leaders in place also came under discussion.

After a break for 'Isha prayer, there was a brief but engaging talk on the Quran.

After a break for food, the spiritual session then began. Starting with a brief lecture by Allama Haroon 'Abbasi (Director MQI Manchester), his talk was on the final three verses of Surah al-Zilzal. Allama Haroon Abbasi stressed the need for spiritual awareness in our lives.

The concluding session of the night was soulful - the remembrance (dhikr) session. A group of talented brothers of the North West led the session of naats and nasheeds. The group included Qari Mubashir (Qur'an), Zain Shabir (Nasheed Artist).

The night ended with some dhikr, salat and salaam and du'a. This was the first event organized by Muslim Youth League Manchester since the arrival of Allama Haroon Abbasi, and insh’Allah the Spiritual Circles are now a monthly event in Manchester. 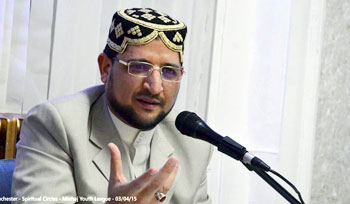 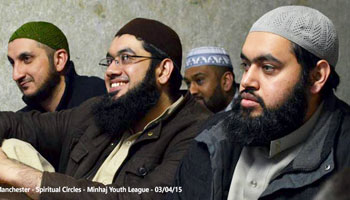 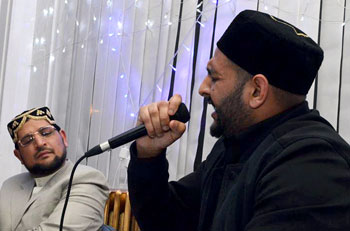 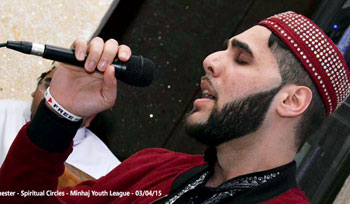 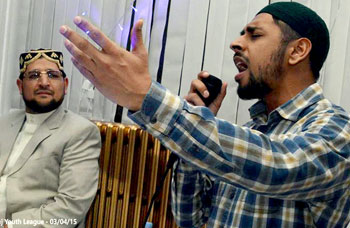 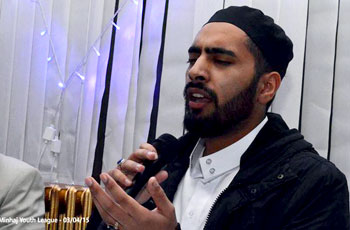